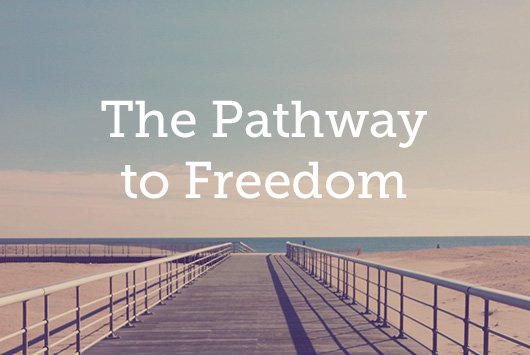 The Pathway to Freedom

Editor's Note: This post was adapted from Lies Women Believe: And the Truth That Sets Them Free!

Deception has endless variations, which Satan tailors to our natural bents. Like a seasoned fisherman, he selects the lure that he knows is most likely to attract his intended prey—the one we are least likely to consider harmful. He does not care what we believe, as long as we don't believe the truth. The truth is the only thing he cannot withstand; it causes his kingdom and his control to crumble.

The Progression to Bondage

If we do not immediately reject deceptive ways of thinking, sooner or later we will begin to believe them.

The progression toward bondage begins when we listen to Satan's lies. Once we permit Satan's lies to gain an entrance into our minds, the progression continues as we dwell on those lies. If we do not immediately reject deceptive ways of thinking, but allow ourselves to entertain them in our minds, sooner or later we will begin to believe them. And what we believe inevitably is what we will act on.

When we act on the lies we have believed, we begin to establish patterns in our lives that ultimately lead to bondage.

The Pathway to Freedom

The pathway from bondage to freedom involves at least three steps:

The truth has the power to overcome every lie. That is what the enemy doesn't want you to realize. As long as you believe his lies, he can keep you in bondage. But once you know the truth and start believing and acting on it, the prison doors will swing open, and you will be set free.

The truth has the power to set us free and to protect our minds and hearts from deceptive thoughts and feelings.

The truth has the power to set us free (John 8:32) and to protect our minds and hearts from deceptive thoughts and feelings. There are moments when I feel besieged with emotions or thoughts I know are not of God—angry, irrational, fearful, controlling, or resentful thoughts. That is when I need to run to the truth for refuge. God's Word promises: "He shall cover thee with his feathers, and under his wings shalt thou trust: his truth shall be thy shield and buckler" (Ps. 91:4 KJV, italics added).

The truth has the power to sanctify us—to purify our minds, our hearts, and our spirits. Just before He went to the cross, Jesus reminded His disciples about the cleansing power of His Word (John 15:3). Two chapters later He prayed, "Father . . . sanctify them by the truth; your word is truth" (John 17:17). Often as I approach the Scripture, I pray, "Father, please wash me with Your Word. Your Word is truth. Use the truth to cleanse my heart, purify my mind, bathe me in Your Word."

Are you progressing toward bondage or walking the pathway of freedom? What steps can you take in the direction of truth?

Depression, Darkness, and the Light That Breaks Through