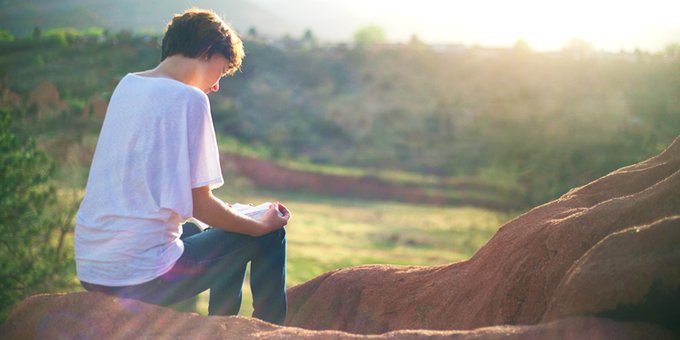 The Lie of Easy Obey-ism

Did you attend Bible camp as a kid? I did, and it was probably my favorite place in the whole world. I loved the games, the cabin competitions, and the friends I’d see there once a year. (There was one very long, very steep hike that I didn’t care much for, but we’ll let that pass.) I even loved the food. We captured the flag, stole the bacon, put on funny (and not so funny) skits, and, of course, had a campfire with testimonies on Friday evening.

The testimonies were always brimming with what God had done in our lives and decisions we had made throughout the week to live for Him. No doubt, by God’s grace, some of those decisions resulted in real-life change. On the other hand, a good many of them probably evaporated with the dew as we woke up on Saturday and packed our bags. The vans would depart, and we’d head back down the mountain to our normal lives, while camp—and the decisions that went with it—suddenly seemed remote. It was so easy to fall back into the same patterns of sin. So, I’d go back twelve months later, and think, “This time! This time it’s going to stick!”

Spiritual highs are filled with this type of optimistic determination to obey. What we fail to realize in those moments is that we’re believing a lie. The lie of easy obey-ism.

If you have no idea what “easy obey-ism” is, don’t feel bad. As far as I know, I made up the term. But I didn’t make up the concept. It’s been around for millennia. The nation of Israel provides some classic examples.

After receiving the Ten Commandments at Mount Sinai, Moses comes down the mountain and tells the children of Israel “all the commands of the LORD and all the ordinances” (Ex. 24:3). The people respond with enthusiastic determination: “We will do everything that the LORD has commanded” (Ex. 24:3). Then Moses reads to them the words of the covenant that has just been inaugurated. Once again, the people respond with what seems like the right answer: “We will do and obey all that the LORD has commanded” (Ex. 24:7).

A short while later Moses goes up the mountain and isn’t seen for forty days. In those few weeks, the same people who had just pledged their allegiance to Yahweh and His covenant convince Aaron to make them a god they can see, using their golden earrings to do it (Ex. 32).

Jesus’ disciples fell into this trap as well. When Jesus told Peter that Satan had asked for permission to “sift him like wheat,” Peter balked at the very idea that his faith could fail: “Lord . . . I am ready to go with you both to prison and to death” (Luke 22:33). A few hours later, though, the leader of the disciples denied his relationship with Christ not once but three times.

The problem isn’t the determination or desire to obey. The problem is believing that obedience will be a piece of cake and we could never get derailed along the way.

The lie of easy obey-ism says that we’ll be able to follow through on our decision to obey merely because we said we would.

Right Answers Are Not Enough

Let’s go back to the people of Israel. After conquering the Promised Land and experiencing an unprecedented season of victory, Joshua challenges the nation with these famous words:

“Choose for yourselves today: Which will you worship—the gods your ancestors worshiped beyond the Euphrates River or the gods of the Amorites in whose land you are living? As for me and my family, we will worship the LORD.” (Josh. 24:15)

The people answer back in familiar fashion:

“We will certainly not abandon the LORD to worship other gods! For the LORD our God brought us and our ancestors out of the land of Egypt, out of the place of slavery, and performed these great signs before our eyes. He also protected us all along the way we went and among all the peoples whose lands we traveled through. The LORD drove out before us all the peoples, including the Amorites who lived in the land. We too will worship the LORD, because he is our God.” (Josh. 24:16–18)

Surely the people’s response would have been music to their aged leader’s ears. This was the reassurance that he needed. Then why does his response seem so strange?

But Joshua told the people, "You will not be able to worship the LORD, because he is a holy God. He is a jealous God; he will not forgive your transgressions and sins. (Josh. 24:19)

Joshua responds in this hard manner because he knows that the people are believing the lie of easy obey-ism. They have all the right answers. They’ve rightly recounted history. They remember the battles He’s fought for them and the miracles He’s wrought. But Joshua knows it’s not enough just to have the right answers.

Knowing the right answers is good. But it’s not enough.

While I ardently support Bible memory, having all the right verses in my brain, knowing all the Bible stories, and mastering the theology is not enough to ensure obedience. Knowing the right answers is good. But it’s not enough.

The Right Religion Is Not Enough

Not only did Israel know the right answer to Joshua’s question, they also knew they had the right theology. They didn’t bow the knee to Baal or Asherah or Dagon or Ra or any other pagan idol (yet). The trouble would come when they failed to evict those false gods from their land.

Turn the page from Joshua 24, and the book of Judges opens with a prologue detailing the incomplete conquest of the land. Over and over the writer tells of pagan people whom Israel allowed to stick around. After they had conquered enough territory to settle down, they didn’t want to battle anymore. “Live and let live,” they decided.

Soon their laziness in idol eviction caught up with them:

The Israelites did what was evil in the LORD's sight. They worshiped the Baals and abandoned the LORD, the God of their ancestors, who had brought them out of Egypt. They followed other gods from the surrounding peoples and bowed down to them. They angered the LORD, for they abandoned him and worshiped Baal and the Ashtoreths. (Judges 2:11–13)

Israel’s problem wasn’t that she didn’t know the right God. It was that she messed around with false gods. New Testament writers knew that this would be our problem as well.

And John concludes his first epistle with this simple exhortation: “Little children, guard yourselves from idols” (1 John 5:21).

It’s not enough to know and confess the true God. You can master theology proper and sing songs of loudest praise to Him on Sunday morning; but if you fail to drive out the idols from your heart, your desire to obey will fall on hard times.

I wonder what answer Joshua was looking for when he challenged the people to choose whom they would serve. If declaring their intention to serve Yahweh wasn’t enough, what was? Perhaps he was looking for something along these lines:

For I know that nothing good lives in me, that is, in my flesh. For the desire to do what is good is with me, but there is no ability to do it. (Rom. 7:18)

To fight the lie of easy obey-ism, we must first recognize that we can’t. We can’t obey on our own. Our intentions, desires, determination, and willpower, while laudable, are weak. They’ll never be able to get the job done. In the end, the sin that pervades every part of our being will win out. We must admit this.

While our efforts and decisions may be flimsy, the perfect obedience of Christ is not. It is the very “power of God for salvation” (Rom. 1:16). And that power is at work in us because we are in Christ. His obedience is done. And it’s now ours. We can find victory because of the victory that has already been won for us in the cross.

Obedience becomes not about what I can or will do but about what Christ has already done for me. Because I am in Christ, I now have the power not to sin—power I never had before. And that power comes not from my own intrinsic goodness or feisty willpower, but from the righteousness of Christ imputed to me.

Perhaps my decisions at camp would have had a greater impact if I’d approached them through the gospel and realized that I can’t change—not on my own. But because of what Christ has already done, I can experience sweet victory in my journey of obedience.