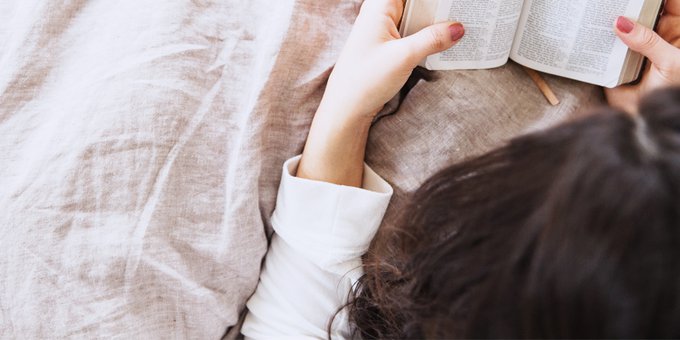 Speaking Truth in Love in a Culture of Outrage

Speaking Truth in Love in a Culture of Outrage

They stormed the city’s walls as if they were made of straw, and then proceeded to have their way with Jerusalem, ransacking the temple and taking captive the strongest, most attractive, and most promising young men who would never again see the faces of those they loved most. The judgment of God upon His chosen people for their persistent and unabashed idolatry had arrived. The Babylonians would come two more times, taking more people and destroying more of the city with each visit until nothing remained of Jerusalem but rubble.

Wrenched from his family during this first Babylonian invasion, Daniel was placed almost immediately into the service of the very king who had upended his existence. The book bearing his name is no daily journal of life in the Babylonian palace; rather, it gives us a snapshot of the seventy years of Judah’s (the southern part of Israel) captivity in Babylon and teaches us many lessons for our own lives as exiles in a foreign land (1 Pet. 2:11).

Our Culture of Outrage

Our “foreign land” has fallen in love with outrage. Through violent protests, yellow journalism, acerbic editorials, and mudslinging social media posts, both sides of the aisle have become expert attackers. And it’s not just the politicians. We all can feel justified in such speech (whether verbal or digital) because of the atrocity committed by a person or entity on the other side.

If ever anyone had the “right” to denigrate a government official, Daniel might just be the guy. After all, he was coerced into serving the dictator who had ripped him from his family and likely ensured that Daniel could never have a family of his own. Nebuchadnezzar was a capricious and arrogant tyrant who ruled with an iron fist. Yet, even when Daniel had the opportunity to bask in the king’s coming misfortune, he instead demonstrates respect—and even love—for this pagan despot. In short, Daniel teaches us how to speak the truth in love, even in a culture of outrage.

Faithful in the Mundane

While it seems that Daniel must have lived a life filled with danger and intrigue, he actually chose to record only nine days of his seventy years of exile in Babylon and Persia. Many years pass between the events we know so well: the refusal to eat the king’s meat, the fiery furnace, the handwriting on the wall, and the lions’ den. Mostly, Daniel just remains faithful in doing his job and serving his God day after day, year after year. That’s what he was doing when King Nebuchadnezzar had a troubling dream.

After asking all the other wise men for their take on his dream, Nebuchadnezzar turns to Daniel, in whom, the king says, is the “spirit of the holy gods” (4:8). Daniel, loyal and faithful, helps the king with his problem.

And that’s our first lesson. To be in a position to speak truth in love, we must demonstrate faithfulness to our King day in and day out. Otherwise, the truth we have to tell will seem flimsy and unpalatable. Of course, it may offend anyway because the gospel of Jesus Christ is a stumbling block to unbelievers, but our conduct—whether online or in person—must not be.

To speak truth in love in a culture of outrage, we must adorn the gospel with everyday faithfulness and humility.

Daniel listens to the king’s dream and knows immediately that he’s been asked to deliver bad news. The text tells us that he is “stunned,” a word that might also be translated “appalled,” and that his thoughts “alarmed him” (4:19). Though Nebuchadnezzar has on more that one occasion threatened Daniel and his other Jehovah-worshiping friends, Daniel appears to want the best for the king, telling him, “My lord, may the dream apply to those who hate you, and its interpretation to your enemies!” (4:19 CSB).

My friends, as believers in Christ, we must find a better way.

Writing to a church bickering over spiritual gifts, Paul says that no matter how sanctimonious, noble, or sacrificial a so-called Christian is, if he doesn’t have love, he is nothing. The apostle then gives a description of love, saying it “hopes all things” (1 Cor. 13:7).

Love hopes the best for the one being loved. This is what we see Daniel doing for the king. He sees the bad news coming, but he doesn’t rejoice in it. He wants the best—even for this tyrannical king.

To speak truth in love in a culture of outrage, we must seek the best, even for those with whom we vehemently disagree.

Next, Daniel shows respect to an iron-fisted despot. Granted, a flippant attitude would likely have ended his life, but Daniel never shows anything but diplomatic reverence for those in authority over him. From the time he was a teenager, a newbie in the palace, refusing to eat the king’s meat, he showed respect to the man in charge (Dan. 1:8–13). And now, years later, as an established counselor to the king, he continues that pattern. Never obsequious or self-serving, Daniel addresses the king who destroyed his homeland with dignity and deference.

In Scripture we see Daniel face-to-face with the king, and if we were in his sandals, perhaps we’d be just as reverent. But what if Daniel had a social media account? Would we find posts of anger and outrage? Would we discover sardonic comments and bitter diatribes? I doubt it. That violates everything the Scriptures teach us about this follower of the Most High God.

Because irreverent mudslinging is everywhere in contemporary society, going with the flow is the easy thing to do. However, we must remember that our words adorn the gospel—for good or bad.

Consider this admonition from Philippians:

Do everything without grumbling and arguing, so that you may be blameless and pure, children of God who are faultless in a crooked and perverted generation, among whom you shine like stars in the world. (2:14–15 CSB)

To speak truth in love in a culture of outrage, our words must demonstrate respect, even for those hurling mud in our direction.

Daniel eventually must bite the bullet and give the king the bad news—that Nebuchadnezzar will lose his sanity for a period of seven years and live with the beasts of the field. While Daniel doesn’t revel in the king’s misfortune, neither does he sugar-coat the truth. He delivers the bad news, but he doesn’t leave the king without hope.

As he finishes his interpretation of the dream, Daniel counsels the king, “Separate yourself from your sins by doing what is right, and from your injustices by showing mercy to the needy. Perhaps there will be an extension of your prosperity" (Dan. 4:27 CSB).

Though our culture loves to think of itself as “post-truth,” it needs truth more than ever. To withhold this precious gift would be an unthinkable evil. We must tell our neighbors that Jesus is the only way! We must call on them to repent. But we must do it with hearts of love, lest our words become as tuneless as a “noisy gong or a clanging cymbal” (1 Cor. 13:1).

Truth has fallen on hard times, and love seems to have vanished almost entirely. But, friends, as exiles in this foreign land, we must be bold enough—and humble enough—to speak truth in love, even in a culture of outrage.

Previous Post The Ministry of Pancakes
Next Post Did I Fail as a Christian Mom? Five Ways to Succeed
Store Donate Now My Account
Stay Informed via Email