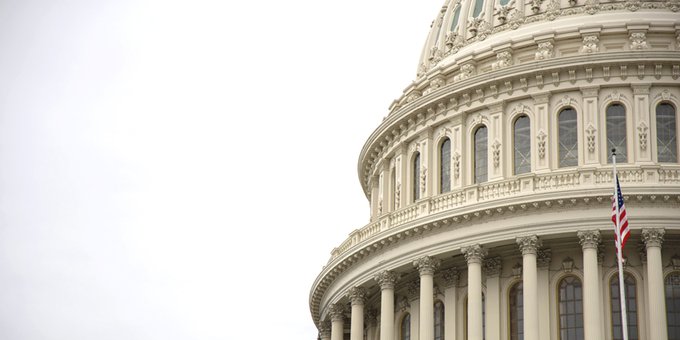 Should I Really Honor an Ungodly Politician?

Daniel Henderson | News & Updates | Comments
Editor’s note: Today we welcome guest writer Daniel Henderson. If his name sounds familiar, perhaps it’s because he was a guest on our special “Election How-To” episode of Grounded. If you missed it, or for more information on this topic, be sure to check out the podcast . —Laura Elliott, Managing Editor, Revive Our Hearts

If you chose one word to describe the most prominent attitude in today’s society, there is one I am sure you would not immediately select. The word is “honor.” Nor is this a primary descriptor of many Christians in our day. Rather, on a variety of fronts, American Christians are divided, combative, and even angry. Maybe I’m just tracking the wrong cultural commentators, but I really do not see a lot of honor exuding from the believing community. And, in truth, I too struggle with an attitude of honor—but I must deal with it obediently.

Political discourse is the Las Vegas of Christianity—the environment in which our sin is excused. Hate is winked at, fear is perpetuated, and strife is applauded. Go wild, Christ-follower. Your words have no consequences here. . . . Not only are believers excused for their political indiscretions, but they are often applauded for committing them. Slander is explained away as righteous anger; winning arguments are esteemed higher than truthful ones (whether or not the “facts” align); and those who stir up dissension are given the pulpit.1

In fact, very recently I have been perturbed by a pastor in the upper midwest who is purchasing billboards in various states to publicly demean our current president. He is contrasting Bible verses on one side of his billboards with various one-liners by the president on the other. The intention is to show that Donald Trump is a dishonorable and ungodly person.2 Admittedly, in many ways, our current national leader is not a model of virtue and sometimes shameful in his words and demeanor. But, our honorable behavior as believers is not dependent on the spiritual condition of our political leaders, regardless of the “R” or “D” of their affiliation.

A Hard, but Healthy Command to Swallow

We cannot ignore the power and relevance of what Peter taught at a time when Christians were persecuted and scattered by the oppressive influence of an exceedingly ungodly and hostile Roman Empire. He commands, “Honor everyone. Love the brotherhood. Fear God. Honor the emperor” (1 Pet. 2:17).

The Roman Emperors were godless and wicked. Many claimed deity and demanded worship. They were sexually perverted and openly cross-dressed. They murdered family members and political opponents. Some were aggressively killing Christians.3 Yet, Peter commands that believers should always “honor” the emperor. This may be hard, but it is essential to holiness. But we balk. Whenever we react to a clear command of Scripture with, “Yes, but . . . ” it is a sure indicator of biblical confusion or outright conviction, leading to some lame excuse to disobey. So, what are the keys to living with honor in a dishonorable world? I see five.

1. Honor is rooted in the power of our true identity.

In the broader context of 1 Peter chapter 2 we see some foundational realities about our true identity in Christ, especially needful in the midst of a hostile society.

But you are a chosen race, a royal priesthood, a holy nation, a people for his own possession, that you may proclaim the excellencies of him who called you out of darkness into his marvelous light. Once you were not a people, but now you are God’s people; once you had not received mercy, but now you have received mercy. Beloved, I urge you as sojourners and exiles to abstain from the passions of the flesh, which wage war against your soul. Keep your conduct among the Gentiles honorable, so that when they speak against you as evildoers, they may see your good deeds and glorify God on the day of visitation. . . .

Notice that our identity in Christ supersedes all earthly issues of race, religion, nationality, or any temporal powers that currently exist. Our identity transcends the passing influence of this world. Philippians 3:20 says we are “citizens of heaven.” My friend, Robbie Symons, likes to say that we are “Heavenese.”

The oppression or moral misbehavior of any political power pales in comparison to our freedom in Christ and our ultimate loyalty as servants of Jesus. This is why Peter, prior to commanding “honor” for political leaders, requires us to “fear God.” God alone is worthy of reverence, worship, and ultimate obedience. When we get this right the other commands tend to follow.

As Christians, when we forget our true identity, we inevitably function from a confused plague of personal insecurity that manifests itself in combative and controlling manipulations. We then struggle with the virtue of honor. Whenever we begin to personally identify with any label, political or otherwise, more than with the truth ascribed to us in the Scriptures, we will begin to behave in ways that contradict the gospel.

2. Honor is essential to our personal witness.

Honor is pretty straightforward. It is the internal attitude of respect, courtesy, and esteem. We are commanded in many places to ultimately honor the Lord. Christians are also required to honor one another (Rom. 12:10), earthly masters (1 Tim. 6:1), and our parents (Ex. 20:12).

While honor may seem difficult, it is essential to authentic gospel witness. When we lose our heart of honor, we jeopardize our testimony. Peter clarified,

Keep your conduct among the Gentiles honorable, so that when they speak against you as evildoers, they may see your good deeds and glorify God on the day of visitation. . . . For this is the will of God, that by doing good you should put to silence the ignorance of foolish people (1 Pet. 2:12, 15).

A heart of honor produces good deeds that can eventually lead evildoers to experience salvation and glorify God. Our good deeds also leave fools speechless. I have not seen political banter accomplish either of these results. Paul affirmed our necessary attitude and witness, “Do all things without grumbling or disputing, that you may be blameless and innocent, children of God without blemish in the midst of a crooked and twisted generation, among whom you shine as lights in the world” (Phil. 2:14–15).

3. Honor is focused on following the footsteps of Christ.

Peter goes on to provide an ultimate motivation for embracing honor when he declares that Christ is our example and we are to “follow in his steps.” “When he was reviled, he did not revile in return; when he suffered, he did not threaten, but continued entrusting himself to him who judges justly” (1 Pet. 2:21–23). Honor is Christlike. Insults and threats are not. Trust in God is true obedience. We are commanded to practice wholesome speech that gives grace to the hearers (Eph. 4:29). We are always free to honorably address principles but not hatefully attack people. I don’t always like these requirements but I want to love the One who gave them and who exemplified them. So I pray for grace.

4. Honor is tied to our confidence in the sufficiency of the gospel.

It is so interesting that, in the Scriptures, neither Jesus nor the apostles ever openly complained about or condemned the aggressive coercion of pagan Rome. They simply told believers to pay their taxes (Mark 12:17), pray for political leaders (1 Tim. 2:2), and express honor (1 Pet. 2:17). How could this be? Jesus and the early leaders knew the power of the gospel to transform hearts, families, communities, and even governments. Paul declared, “For I am not ashamed of the gospel, for it is the power of God for salvation to everyone who believes” (Rom. 1:16). He described Christ and His gospel as “the power of God and the wisdom of God” in this world (1 Cor. 11:18, 24). Even from prison, Paul wrote, “I am suffering, bound with chains as a criminal. But the word of God is not bound!” (2 Tim. 2:9).

Of course, in our society, we can and should vote. We can be politically active in various ways should we choose. But, in all of this, our ultimate hope is in the gospel, not politics, and our attitude is one of honor.

5. Honor is embraced from a high view of sovereignty.

When the early Church encountered the first wave of persecution, they gathered to pray. The first thing out of their mouth was not a complaint about their oppression or an objection to injustice. Rather, they declared, “Sovereign Lord, who made the heaven and the earth and the sea and everything in them” (Acts 4:24). From that prayer meeting they had one desire—to keep preaching the gospel in the power of the Holy Spirit (4:29–31).

God is sovereign over human events. While we may not always understand it all, the truth is that no one can become a political leader apart from God’s will. This doesn’t mean that political leaders always do God’s will but that He is ultimately in charge, superintending the events of humanity. The Bible even calls pagan King Nebuchadnezzar God’s “servant” (Jer. 25:9). He was far from godly but still served God’s ultimate plan. While we may rarely trust our governing authorities, we can trust and obey God, including His command to honor all men.

Of course, when the government clearly requires us to disobey the commands of the Bible our forthright but honorable response must be that of the early apostles: we must “obey God rather than men” (Acts 5:29). This will lead to humble and holy suffering for the gospel.

Our gospel hope is more powerful than any political solution, leader, or party. Jesus was “killed” by the government of His day and raised to life by God. This hope dethrones the powers (visible and invisible) and compels us to pray “thy kingdom come, thy will be done, on earth.” When Rome announced, “Caesar is Lord!”, Christians declared “Jesus is Lord!” They did it with humility, honor, and sure hope in a greater reality—the reality of the world-transforming gospel. And so can we.

A version of this post was originally published at StrategicRenewal.com.

Previous Post The Church Together: Celebrating What Unites Us
Next Post World-Changing Obedience: Be Faithful with Your Calling Today

Tomorrow Morning: How Will You Respond?