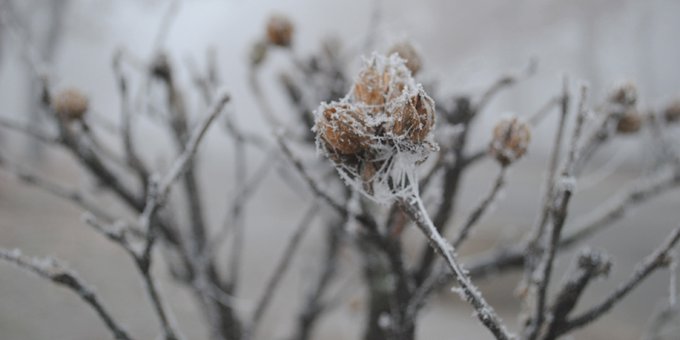 Redemption May Be Closer Than You Think

I love summer. Sitting on the front porch, watching the sunset long after dinner. Things seem easier and more manageable in the summer, though this summer feels a lot more like winter. I keep watching for the signs of spring and new life, but right now day-to-day existence feels lonely and isolating. While I mourn the carefree feeling of summer, God often does His deepest work in winter.

Winter for me began when I buried my son, Paul. As his tiny casket was lowered into the ground, my dreams went with it. Not only dreams for his life, but also dreams of how I expected my own life to unfold. I had assumed that I had suffered enough, that life would be predictable, that I’d be blessed if I were faithful. I now knew that none of my assumptions held true—anything could happen at any time.

After Paul’s death, a friend brought over a camellia bush, which blooms every fall. I treasured that bush above everything else in my garden, so when we moved, I was determined to take it to our new home. We carefully dug around all the roots and planted it right by the front door. At first it looked gorgeous, but the heat of summer was too harsh, and the plant was too traumatized from the move. Soon its leaves fell off, leaving a brittle mass of dry twigs.

Whenever I walked up the front steps and saw this lifeless bush, the pain of losing Paul washed over me again. Why couldn’t I at least keep this bush alive? Was I powerless to keep anything safe? The bare branches reminded me daily that I had no control over what lived or died.

One day, as I pulled into the driveway, I saw that the bush was gone. The lawn mowers had chopped it down and got rid of it. They were trying to do me a favor; they couldn’t have known what that bush meant to me. Yet knowing the branches were cut off and hauled away made the loss even more final.

All winter long, I mourned the blank space by the front door. It seemed fitting for my life. Another loss. Another disappointment. Another death.

I was so used to ignoring the empty spot where the camellia had been that I almost missed a few glossy leaves that popped up at the base in spring. Soon it was covered with green leaves and new growth. A gardener explained to me that the camellia’s massive root system had kept it alive. Plants with healthy roots can survive great trauma, though their restoration is largely hidden. The plant may look dead, but it’s just dormant. She went on to say that the drastic pruning would have fueled the bush’s revival, enabling its root system to expand and thrive.

Since everything had looked barren and dead, I assumed nothing was happening. I was sure that the camellia would never come back. But when everything was dormant, when all I could see was loss, when no one was paying attention, the plant was growing underground and coming back to life.

The camellia bush vividly illustrates how God has redeemed my own pain. After a close friend wrote the song “Held” about my son’s life, Natalie Grant recorded it and the song became a hit. It was more redemptive than I ever imagined to hear from people who were comforted by God in their own losses through that song. Several years later, when I was diagnosed with a painful, debilitating condition, I learned the beauty of daily dependence on Jesus. I felt renewed by the Lord, confident I could handle anything after those losses.

However, six years after my difficult diagnosis, my husband left, my daughters struggled, my pain increased, and I plummeted, wondering how long I could keep going. I just kept waiting—waiting for things to change, waiting for winter to be over, waiting to see what would emerge if spring ever came.

In the waiting, as I was being emptied and stripped, something profound was happening in me. Something that had needed to incubate in the dark. I was learning to trust God in a different way, not looking at my circumstances, just looking at Him. I found new life in God’s Word, as He transformed me, growing my roots and providing underground streams in the silence and darkness.

There was no visible fruit then. All I saw was loss. Just like my camellia, there was no external sign of life. Yet just like that bush, my hidden root system was sustaining me. The roots were extending to the streams of living water, where I was being fed. By God’s presence. By His Word. By His Spirit.

Winter finally melted into spring, and I saw signs of life. I thought I had lost all my fruitfulness and joy, convinced that I would never laugh again. But through the darkness and barrenness of winter, God had shaped a different person in me. I learned that I because I had God’s living water (John 4:10), I didn’t need to be afraid of drought (Jeremiah 17:8). Difficult circumstances couldn’t define me or destroy my future.

After this experience, God began using me to tell others about his faithfulness in suffering. God had been doing his deepest work, redeeming my pain, and using it for my best, when I was waiting, feeling alone, and desolate. He had been at work when no one was watching.

Nothing is impossible with God (Luke 1:37). There is always hope, for with the Lord there is unfailing love and full redemption (Ps. 130:7). I have learned not to lose heart when everything around me crumbles. God is working. I can trust Him. It may be that what looks dead is about to spring to life.

We moved from that house a few years ago, and I had to leave my beloved camellia bush behind because it was too big to transplant. When I drove by my old home last fall, I was taken aback at the transformation. The camellia bush had been shaped into a tree that was covered with gorgeous white flowers. It is now a focal point of the yard. No one would have believed that it had been cut to the ground and left for dead just a few years earlier. No one, but God, who knew all along what it would become.

As I stared at that magnificent tree, I was reminded that when all seems lost, redemption may be closer than we think.

Previous Post Ask an Older Woman #22: Battling Weariness When Your Husband Is Ill
Next Post The Happiest Ending Is Tethered to Trust
Store Donate Now My Account
Stay Informed via Email