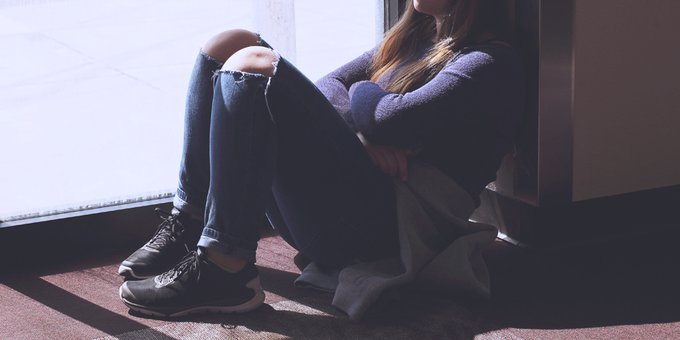 When Mary Kassian began speaking during her first session at Revive ’21, I saw her: a fifth grade girl I taught years ago and have never been able to forget. I pictured her walking down the hallway of the women’s safehouse, eyes down, spine straight. She attended the one-room school where I was teaching—inside of a shelter for kids who couldn’t attend a traditional school without fear of their abusers finding them.

On her first day, the young girl walked into the schoolroom, backpack over her shoulder, hiding behind her mom. The older woman kept her hair down over her face as she filled out the necessary form.

I don’t know how many minutes went by before the woman finally looked up and let me see the dark bruising on her cheeks, the eye that no longer opened.

The first few days, we tried every way possible to engage with our new student. Trauma moves through kids in a million different ways, but until that precious girl enrolled, I’d never seen a child so quiet. She covered her desk with drawings of faces, dark eyes that sunk in like craters on the page: large and round and black. She sat by herself next to the window, captivated by a lizard who hid in the shadows.

Slowly, she began to answer my questions, one whisper at a time, her voice soft. When she ran out of words, we watched the lizard together. Inside of her, something unlocked. She began to speak in full sentences the day we named the lizard “Dewlap.”

In time, we worked through fifth grade science material—these were the lessons that came flooding back to my memory when Mary took the stage at Revive. I remembered watching the girl write down science words she could not pronounce, vocabulary with which she was familiar but could not define. Her tiny block print spelled out:

She dropped her pencil when the sound of a door slamming shut broke the silence, and when she picked it up again, she wrote down the definition of fault line.

How Did We Get Here?

At Revive ’21, Mary Kassian explained that a fault line is a fracture in the earth’s surface, a place where the rock is broken. When the fault line shifts, an earthquake occurs.

Domestic violence, abuse, rape—these are all areas where the fault line has shifted, where the world has fractured. The world was not created to break like this. How did we get here?

Growing up, many of us heard the story of Cain and Abel in Sunday School, but we never focused on what happened to Cain after the Lord punished him for murdering Abel. Mary taught through this section of Scripture during her message. In Genesis 4:16, “Cain went out from the LORD’s presence,” and life began to shift. As Mary explained, Cain’s parents may have raised him to follow the Lord, but he began to walk his own way rather than God’s. He rejected God’s authority and defiled his own flesh. His offspring followed in his footsteps, living lives of sin and depravity, especially in the area of sexuality.

By the time Genesis introduces us to Lamech, a few generations from Cain, it’s not surprising that he also broke from God’s design. Genesis 4:19 says that Lamech took two wives for himself—and as Mary added, “who knows how many mistresses he had.” In Genesis 4:23–24, Lamech told his wives to pay attention to his words, and then he bragged about killing a man in revenge.

Describing this passage, Mary Kassian pictured Lamech: “Half drunk. Maybe grabbing one of his wives by the hair, yanking her close to his face, so she can smell his hot, putrid, alcoholic breath and see his bloodshot eyes and hear him say, ‘Anyone who crosses me, honey—I’ll slit their throat.’”

Lamech was the kind of wicked man who, if he lived today, would cause his wife and daughter to run for shelter, in need of rescue from his violent behavior. He was a real man who lived in the historical context of the Old Testament, but haven’t we seen behavior like his today?

When the story cuts away from Lamech’s boasting in Genesis 4, the narrative rewinds back to Adam and Eve to introduce another character who brought light into a family line that desperately needed a bright ray of hope.

Jesus Is the Exclamation Point

In Genesis 4:25, after the death of Abel, Adam and Eve had a son named Seth. He was a contemporary of Lamech. Seth had a son of his own, Enoch. “At that time,” Genesis 4:26 says, as Cain’s kids were growing increasingly more wicked, “people began to call on the name of the LORD.”

Why? “The wickedness made them desperate for God.” When Mary added this commentary, my mind went back to my former student. A week after enrolling in school, she and her mom disappeared in the middle of the night. They were desperate for safety. Desperate for shelter. Desperate for light to break through their never ending dark.

When they left the shelter, my student didn’t take any of her work with her. I still have her drawing of Dewlap. When we cleaned out her desk, I came across the science vocabulary she never finished writing down. As I read her definition of shudder and fault line, I regretted never communicating to her that she wasn’t to blame for what had been done to her.

It was with this in mind that I listened to Mary share about the genealogy in Genesis 5, a chapter most of us skim through more often than not. When I’d read it before, I’d never spent time thinking about the sexual wickedness that had become more and more rampant among the people God made in His image just a few pages before. I’d never thought of the suffering of Lamech’s wives, their lives devastated by each decision he made to follow in the way of Cain. I never thought of the children who grew up in their shadows.

It’s in this section of Scripture that God gives a glimpse of light at the end of a long family line. As Mary pointed out, in the genealogy of Adam, murderous Cain should have been listed as the firstborn son, but Seth’s birth pointed to an even better Son to come. Flip to the genealogy in Luke 3, and follow the individuals all the way down to the bottom of the page: Jesus Christ is the son of Seth, the son of Adam, the son of God.

“At the end of a wild story, Jesus is the exclamation point,” Mary said.

Many of us never experience an earthquake. Lucy Jones lived through her first one when she was just two years old. As the ground lurched, Lucy’s mother led her into the hallway and shielded her with her body. That moment shaped Lucy’s whole life. She grew up to become one of the world’s most influential seismologists, receiving the nickname: “The Earthquake Lady.”

At Revive, Mary shared that Lucy now coaches other Californians about earthquakes: “She is the motherly voice of care and concern and calm that they turn to whenever the earth begins to shake.”

That’s what I hope for my former fifth grader: that as she grows up, she’s known by those around her as an “Earthquake Lady.” Today, no matter where she is, I pray she experiences God’s protection. I pray that she won’t be drawn into darkness because of what she’s experienced, but that she will be a voice in her generation, generous in proclaiming stories of the Light.

If you, too, have been impacted by the devastation of fault lines shifting from God’s design for sexuality and morality, I’m praying for you as well. You may not be a child anymore. You may still feel the ground trembling as an adult.

As Mary shared, you can become an earthquake lady today:

May Jesus be the exclamation point at the end of your story as well.

Previous Post The Character of God: The Lord Is My Helper
Next Post How Do I Find Joy in Hard Things?