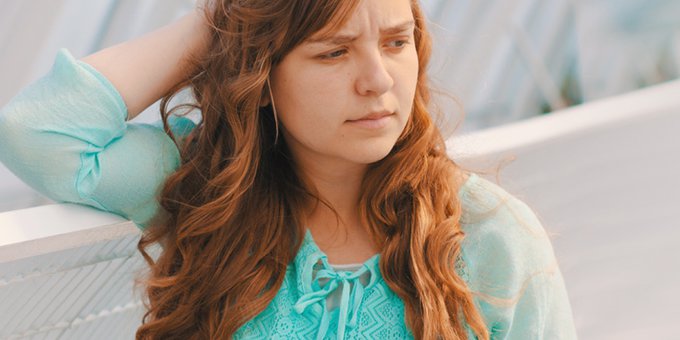 Once when my son was little, he was behaving in some average, little-kid-like way. I don’t remember whether he disobeyed or made a mess, but I do remember completely losing my temper and screaming at him. I didn’t realize that my son’s classmate had arrived with his mom, and they were standing right on the other side of the door as I threw my mom-tantrum. When I heard their timid knock, I immediately fell to my knees in horror.

“I’m so sorry,” I mouthed to my son, who nodded—relieved that my anger had instantly cooled. Then I stood, regained my composure, and opened the door with a sweet smile, saying, “Hi, there! How are you guys doing?”

My kids and I soldiered on as though nothing was wrong or broken in our family. But so many things were wrong and broken.

The Drive to Get Ahead

It’s hard for me to admit that to you because I actually had the opposite goal in mind: I wanted us to be exceptional. I envisioned other people looking in on our little family (the product of my efforts) and thinking, “Wow. They are remarkable.” Of course, this pumped a lot of pressure into our home. I was constantly coming up with new ways for us to rise above, then punishing my loved ones who made average mistakes by exploding with anger behind closed doors.

James, who pastored in Jerusalem in the early years of the Church, offered some insight which helps me yet today. He wanted the new churches cropping up everywhere to think about heaven’s wisdom in contrast with the world’s.

Wisdom, as you probably know, always says, “You should go this way.” It takes your hand and leads you down a path. But not all wisdom leads in the same direction.

If you have bitter jealousy and selfish ambition in your hearts . . . this is not the wisdom that comes down from above, but is earthly, unspiritual, demonic. (James 3:14–15, emphasis added)

So there’s a wisdom that motivates me to rise above the rest. It points sideways at the person who’s getting ahead instead and says, “You should get jealous. You should be the one getting ahead of her.” But James wants me to know that when I’m prompted to glance sideways and measure myself against other people, I’m being influenced by the forces of evil who are behind the whole measure-up system of this world.

Now, I might not know I’m being influenced by Satan and his minions. I’ve been breathing the air of this measure-up world for so long, I might not even realize how much it’s infiltrated my thinking.

The Wisdom That Creates Isolation

Our enemy has destruction in mind for us when he offers his measure-up wisdom. Comparing and trying to get ahead only creates bondage and isolation.

Picture me screaming at my son, then opening that door like nothing happened. When your goal is to measure up, you have to posture and pretend and pull away because you know that if anybody got too close, they’d know the truth about you. The world’s wisdom leads you off into an isolated corner—worrying about what people think and trying to prove them wrong by rising above with perfectionism. It’s a really sad way to live; believe me—I’ve tried it.

For the decade or so after that mom came to my door, I worried about what she thought of me. Had she heard my whole rant? Had she told others? Did she think of me as a hypocrite? I never asked. Instead, I pulled away in shame and avoided her. But what if I had listened to the wisdom from above?

That’s the whole point James is trying to make. It’s time to start thinking about what I’m thinking and differentiating between the world’s wisdom and the wisdom from above.

A New Kind of Wisdom

When Jesus came, walking the dusty roads of Judea, He met people who were comparing just like we do. And in response, He offered them heaven’s wisdom:

Jesus was always pointing out the stark contrast between heaven’s wisdom and the wisdom of this world. The wisdom from above says, “You should humble yourself. You should serve someone. You should give something away.” This wisdom moves you toward other people, not away from them, because when your intent is to serve and humble yourself, you don’t have to hide or posture. You can lean into relationships.

Think of that scene with my son. What if I had been listening to the wisdom that tells me to pursue humility, not measure-up status? I imagine I might have opened that door with tears in my eyes, saying, “You know what, you caught me at a low point. I’ve just sinned against my son . . . Perhaps you heard my angry outburst? I’m going to need to take some time to repent and work through this with him. Could we connect later?”

Yes, such an admittance would have required humility and vulnerability. But in Jesus’s kingdom, these attributes are celebrated.

The Wisdom That Brings Us Together

But the wisdom from above is first pure, then peaceable, gentle, open to reason, full of mercy and good fruits, impartial and sincere. And a harvest of righteousness is sown in peace by those who make peace. (James 3:17–28)

When we live by the get-ahead agenda of this world, our drive to measure up and rise above will push us away from each other and pump constant bitter jealousy and selfish ambition into both our hearts and relationships. But the wisdom from above is completely unconcerned with measure up agendas. This godly wisdom says things like:

See how the wisdom from above draws us toward other people, rather than pushing us into isolated corners? Heaven’s wisdom invites us to plant good seeds which, over time, grow into a harvest of right living and peaceful relationships (James 3:18). And when we refuse the wisdom from above, it’s like flushing all of those seeds down the toilet.

So what’s going on behind your door? What kinds of seeds are you planting? And what are you harvesting?

The world will never stop prodding you to measure up, telling you to crouch behind doors and hide who you really are. But the wisdom of heaven invites you—with humility and vulnerability—to open the doors between your life and others’ and plant good seeds for a harvest of righteousness.

Looking for Perfection in All the Wrong Places