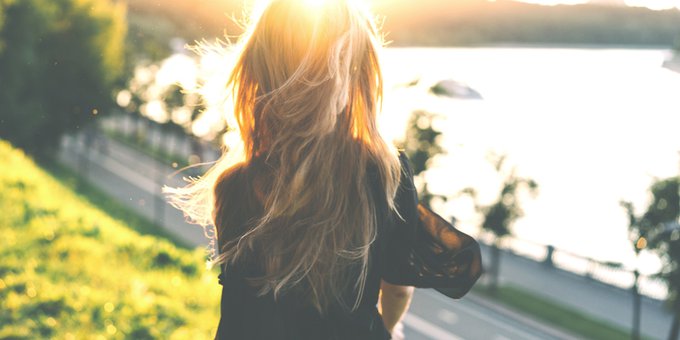 No One Is Too Lost to Be Saved

Is anyone too lost to be saved? If you’re familiar with the Bible, your answer is probably no. Yet how many of us still feel that way when loved ones who are overcome with addiction or insistently traveling a path of destruction refuse to listen? They’re too far gone, we tend to think. I just don’t see it happening.

And maybe it won’t. There are no guarantees in this life apart from eternal life in Christ. I can’t promise you that your loved one will come to Christ, but the account in Mark 5 of the demon-possessed man begs us not to lose hope—and to pray in earnest for our lost family and friends. There is no one the power of God can’t reach and no one He can’t set free.

Mark 5 takes place in the region of the Gerasenes, a Gentile area on the eastern side of the Sea of Galilee. Just as the disciples are pulling ashore after a harrowing night on the sea, in which they witnessed Jesus calming both the wind and the waves, a demon-possessed man approaches.

If there was ever someone too far gone to be saved, it was this guy. He wasn’t just filled with one demon, but a legion of demons, meaning there were lots of them (v. 9). He was in bad shape. Verse 3 says he made his home among the tombs. He was so far gone, he was already living among the dead.

But verse 5 paints the picture more darkly by stating that he spent his days and nights “crying out and cutting himself with stones.” Whatever it was that gave the demons access into this man’s life, it was too late for regrets. The demonic realm had a tight grip upon him.

The Clutch of Evil Is Strong

A few brave men had tried to bind him, but they were unsuccessful. Verse 4 says, “He had often been bound with shackles and chains, but he wrenched the chains apart, and he broke the shackles in pieces. No one had the strength to subdue him.”

Did he have children? If so, I’m willing to bet they’d given up on him, or were at least embarrassed by him. Their dad’s destructive behavior could not be stopped. He was literally out of his mind. That is, until Jesus showed up.

Running up to Jesus, the demon-possessed man cried out loudly, “What have you to do with me, Jesus, Son of the Most High God? I adjure you by God, do not torment me” (v. 7).

The demon knows who Jesus is, unlike the disciples who just hours before had questioned the true identity of Christ, asking, “Who then is this, that even the wind and the sea obey him?” (Mark 4:41), after watching Jesus calm the storm.

However, the demon’s sudden pronouncement of the Lord’s identity may not be because he couldn’t help himself. I think it is rather a worthless attempt to gain the upper hand in the situation. (Note the wording: I adjure you by God.) The demon is trying to tell Jesus what to do. Jesus then responds by asking the demon for his name, to which the demon replies, “My name is Legion, for we are many” (v. 9).

The Authority of Christ Is Stronger

Here’s the point: there are many against only one, the Son of God, and yet still the demons held no power over Jesus. Their mandatory submission to Christ is evident by their quick change in request. “Send us to the pigs; let us enter them” (v. 12). Jesus grants them permission, and without further ado the legion of demons (after possessing him for who knows how long) flee the man.

It’s clear that this man’s oppression was severe, and yet, one small nod from Jesus and it was over. In a brief moment of time, in the presence of the Son of God, he became a free man, giving credence to John 8:36, “If the Son sets you free, you will be free indeed.”

It doesn’t matter how terrible your past is or how twisted your mistakes have been. It doesn’t matter how confounding your current struggles are or how difficult your situation is—or that of your loved one, Jesus can free anyone. Our God is awesome. His power is abundant and He is great (Ps. 147:5).

You might think your circumstances are hopeless, but those who knew the demon-possessed man living among the tombs thought he was hopeless as well, and it was not.

There Is Always Hope with God

For a Jew, every detail in this story shouts filth, from the pigs to the Gentiles who lived in the region, the presence of demons, and the tombs. And yet, Jesus went to this “dirty” district on purpose. He crossed the Sea of Galilee just to free a man who was long past help, steeped in destructive behavior, and living among the dead.

Why? Because of His incredible love. He’s gone and done the exact same thing for us. This story replicates our story. Jesus came all the way from heaven just for us—a people who are long past help, steeped in destructive behaviors, and living among the dead. He came on purpose, willfully being crucified, so we too can be freed from our enslavement to the devil and his works and become able to have a right relationship with God.

My friend, no one is too lost for Jesus to save. No one is too far gone. There’s no grip God can’t lose and no shackles He can’t break. Don’t believe the lie that God doesn’t care enough to save your loved one. Christ already proved how much He loves us at the cross.

My favorite part of this story comes at the end. The once demon-possessed man was clothed, in his right mind, and sitting with Jesus (v. 15). Can you imagine the wonder and awe and gratitude in that conversation? Because our stories are similar to his, I sure hope we can. The truth is, apart from Jesus, we’re all too far “gone” to be saved.

There is always hope with God. The most powerful thing we can do for our lost loved ones is pray. God can reach people in ways we can’t. The story in Mark 5 is proof of that. The Lord is the God who saves the unsaveable. So even when it looks impossible, and we just don’t see it happening, remember, no one is too lost to be saved.

Previous Post When Your Family Is Divided
Next Post Ask an Older Woman #21: Letting Go of Young Adult Children