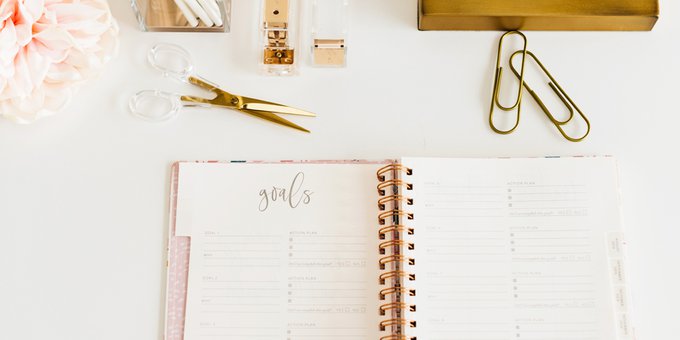 Not many monarchs have earned the moniker “the Great,” but Ramses II certainly deserved it. In his ninety-six years of life, he commissioned the construction of numerous buildings, among them the Colossus of Ramses at Memphis, which housed a famous statue of the god-king. In addition to his architectural achievements, Ramses also had 200 wives and concubines and fathered over 150 children (ninety-six sons and sixty daughters). Impressive numbers if you want to keep your dynastic line alive!

In 1818, Romantic poet Percy Shelley published a sonnet about Ramses II, titled “Ozymandias” (another name by which Ramses was known). In the fourteen-line masterpiece, Shelley tells of a traveler who saw a statue—or part of one—in the desert. This statue, now just “trunkless legs of stone,” is all that remains of the once-great ruler, Ozymandias. Not far from the legs lies the head of this great sculpture, now half-buried by the sand. The curious traveler approaches and finds a placard on the statue’s pedestal making this proclamation:

My name is Ozymandias, King of Kings;
Look on my Works, ye Mighty, and despair!

With irony, the traveler comments,

Nothing beside remains. Round the decay
Of that colossal Wreck, boundless and bare
The lone and level sands stretch far away.

Percy Shelley did not believe in God. In fact, he was expelled from Oxford for his work on a pamphlet entitled The Necessity of Atheism. However, as is sometimes the case, truth comes from an unlikely source. Shelley recognized that the kingdoms we work so hard to amass simply don’t last. Ultimately, they end up just like Ramses: nothing but lonely, desolate sand. While Shelley got that part right, he also missed an important piece of the puzzle.

While I doubt that you have ordered a statue erected in your honor to proclaim your greatness, I do know something else about you: you tend to live as the king (or queen) of your own kingdom. Me too. Each of our kingdoms comes with its own set of rules.

What are the rules of your kingdom?

Sometimes having these bylaws isn’t wrong. Standards and expectations can make life work more efficiently. The problem comes when the ordinances of our kingdom become the law of the whole land, and we forbid anyone—God or another person—to break them.

James puts it this way:

What is the source of wars and fights among you? Don't they come from your passions that wage war within you? You desire and do not have. You murder and covet and cannot obtain. You fight and wage war. You do not have because you do not ask. (James 4:1–2 CSB)

James tells us that conflicts arise when we don’t get what we want. Or, to use the kingdom metaphor, when someone breaks the rules of our kingdom. Of course, this happens all the time on the interpersonal level because we all want to rule our own domains, and the rules don’t always match up. Apparently, in my husband’s kingdom, the wife should ask for help, and he shouldn’t have to read her mind (crazy, right?). You can see the conflict brewing already, can’t you?

We also have trouble when God, in His providence, decides to break one of our precious rules. For some reason, He has decided that Minnesota summers are the perfect time and place for copious amounts of humidity. I’m not sure if you noticed, but this is a flagrant violation of my rules! A silly example, I know. But what about when He breaks another one: “No one in my family may get hurt or sick”? How do I respond then? Do I submit my kingdom to His, or do I fight, kicking and screaming against His sovereignty?

The first duty of any king or heir to the throne is to produce an “heir and a spare,” thus securing that the line of succession stays within the royal family. We also tend to plan our domains in such a way that our kingdoms are perpetuated. That may look like taking pains to leave some sort of legacy—as Ramses the Great did with his buildings and progeny—or it may look like doing all we can to stay on the throne.

The world-system sells the lie that we can put off death into perpetuity. It won’t really come for us. Just eat the right things, exercise the right way and the right amount, and devote the proper amount of time to yourself. Ramses lived almost a century, was probably the greatest Pharaoh in history, and left behind quite a legacy. Yet, his kingdom is nothing but a distant memory today.

So it is when we make the pursuit of our own kingdoms the driving force of our hearts. They may prosper and flourish for a little while, but like the flowers of the field, they will wither; and like the beauty of summer’s green grass, they will fade.

Only one Kingdom is worth pursuing.

The Most High God

Another ancient king learned this lesson in the most brutal of ways, leaving us a parable of sorts about pursuing our own kingdoms. We find his story in the first four chapters of Daniel. Like Ramses before him, Nebuchadnezzar was quite literally the king of the world. God even seems to back this up in chapter 2 as the dream He gives Nebuchadnezzar signifies the Babylonian monarch as the head of gold in a statue representing the present and coming world empires. Nebuchadnezzar was on top—the gold standard. History reports that he built the Hanging Gardens of Babylon, one of the Seven Wonders of the Ancient World. Perhaps he was reflecting on these when he said,

"Is this not Babylon the Great that I have built to be a royal residence by my vast power and for my majestic glory?" (Dan. 4:30)

The king had not even gotten these words out of his mouth when God tells him,

“King Nebuchadnezzar, to you it is declared that the kingdom has departed from you” (v. 31).

Immediately, Nebuchadnezzar’s sanity left him, and he spent the next seven years convinced he was an animal. He ate grass like a cow, let his hair grow like the feathers of an eagle, and his nails like the talons of a bird (v. 33).

Eventually the king would return to his right mind and make this bold declaration:

But at the end of those days, I, Nebuchadnezzar, looked up to heaven, and my sanity returned to me. Then I praised the Most High and honored and glorified him who lives forever:
For his dominion is an everlasting dominion,
and his kingdom is from generation to generation.
All the inhabitants of the earth are counted as nothing,
and he does what he wants with the army of heaven
and the inhabitants of the earth.
There is no one who can block his hand
or say to him, "What have you done?" (Dan. 4:34–35)

Nebuchadnezzar finally got it. He realized that though God had given him more power and a stronger empire than anyone else on the planet at the time, he was not ultimately in charge. My friend, we tend to live like this ancient king of Babylon. We look at our kingdom and think that it is our own. Yet, we who have been redeemed by Christ are commissioned to “no longer live for [ourselves]” (2 Cor. 5:15) but for a greater Kingdom. One that has no end and will eliminate all challengers.

To this ultimate Kingdom we must submit our selfish small “k” kingdoms.

We’ve learned from two great kings of history today, but let’s finish by learning from the King of kings Himself as he teaches us to pray:

Previous Post Lavender or Stinkweed? Your Response to Persecution Matters
Next Post Let’s Take Back the Powerhouse of Prayer