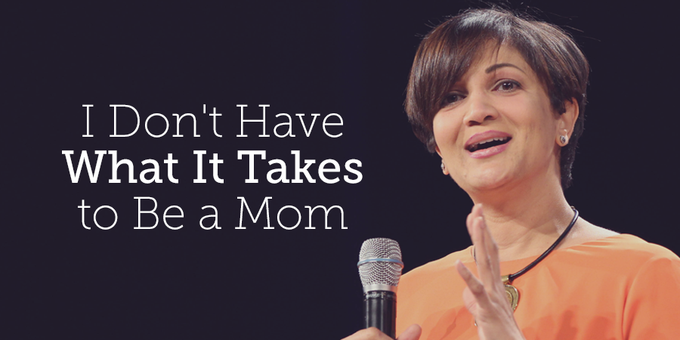 I Don't Have What It Takes to Be a Mom

Cindy Cabrera couldn't see herself in the traditional roles of mother and homemaker. Her father had drilled into her that children were an impediment to professional development and financial independence would serve as her ticket out of a bad marriage.

By age twenty-one, Cindy had earned a dental degree and began working at a prestigious dental practice. Ten years later she did marry a man—and even had a baby—but she didn't let them interfere with her work.

Cindy will tell you that God has used Revive Our Hearts to change her life 180 degrees.

Cindy always said she didn't have what it took to be a mom, so she left her son with a nanny and headed back to work a month after giving birth. Cindy was the leader of the home and the main provider. The pressure, however, was getting to her.

She got pregnant a second time, then a third time. Finally the increasing pressure in their marriage, the power struggles at home, and the long hours managing the practice drove Cindy—and her husband—in desperation to church.

While there, Cindy heard about a spiritual conference in America. She had attended dental conferences in the States, so she signed up immediately, not knowing that this True Woman Conference would prove to be the defining moment of her life.

As Mary Kassian delivered her message "You've Come a Long Way, Baby," God destroyed everything Cindy had believed about her life in one fell swoop and gave her a brand-new life—His life.

She returned home realizing it was time to make some drastic changes. And she did. But it wasn't easy. Several months later, after also being saved, her husband confessed his sin of infidelity. The Lord sustained Cindy through that trial through all He had done in her at the True Woman Conference. It was painful, but as a result, God has blessed Cindy and her family massively.

A few years ago Cindy and her husband released their nannies, which is unheard of in their country. More recently, God has given Cindy the privilege of teaching her children at home, and she loves the daily opportunities to disciple them.

This year at the first international True Woman Conference, Cindy was able to share her story with the 2,300 attendees. She spoke from the stage:

Cindy will tell you that God has used Revive Our Hearts to change her life 180 degrees. Everything in her life looks different than it did six years ago:

The Lord changed my life at that True Woman Conference, and I give thanks to Him, because He redeemed me from a way of life that was so empty.

Our homes are under attack.
Many are attempting to redefine marriage.
Countless couples lack the biblical foundation to build and maintain a strong, healthy relationship.
Too many children are growing up in broken families.

Give today to help strengthen homes by calling women to freedom, fullness, and fruitfulness in Christ. Now is the time to act! Every dollar will be doubled through December 31. 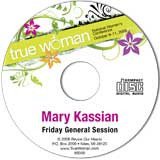 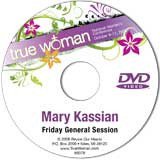