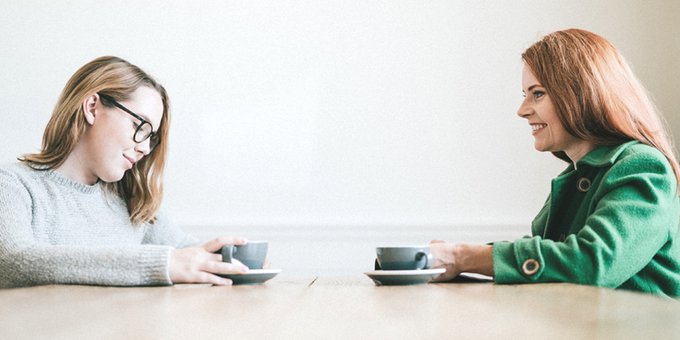 One of the most powerful and well-known passages in the New Testament is Jesus’ words to his followers to “go and make disciples,” which included the command to “teach them to obey” Christ.

“Go therefore and make disciples of all nations, baptizing them in the name of the Father and of the Son and of the Holy Spirit, teaching them to observe all that I have commanded you. And behold, I am with you always, to the end of the age.” (Matt. 28:19–20)

Most believers recognize this verse as a mandate for gospel missions, which it is. But this passage also means much more. Making disciples is multiplying the gospel message and also multiplying (over a lifetime) the truth each believer needs for spiritual growth.

Discipling takes sincere relationship-building between two believers. When we think of teaching someone to obey, we should think of small children new to the world, unable to know what is good and right without someone mature to train them.

I’ve been greatly impacted by numerous godly women in the past few decades. Testimonies of their faith or snippets of their teaching have really stuck with me. Even my “spiritual peers” sharpen my faith when we’re together and talking about the Lord. Yet one relationship in particular stands out as pivotal in my walk with Christ. As I ponder what one person’s influence has done for me, I’m struck with the thought that we need more women willing to invest in the lives of others.

If you’ve wondered what it entails to mentor, or if you doubt if you are really “qualified” to teach another woman, maybe you’ll be encouraged by what I will share today. For each of the areas below, I’ll offer takeaway points to show you how un-intimidating it is to mentor another lady.

My sister in Christ nurtured my faith in the following ways:

1. She met a desperate emotional need.

My youngest son has autism, and its effects were severe during his childhood and teenage years. My mentor was there to listen to my heartache and often just be my friend. Although autism was foreign to her, she entered into my sorrow and learned from my pain. She supported me spiritually in the process by guiding me to Scripture that I could anchor me. Over the years we discussed raising kids, cooking advice, future care of the elderly, and everything else in-between. And I cannot count the times we burst out laughing over the silly things of life! As Ecclesiastes tells us,

Two are better than one, because they have a good reward for their toil. For if they fall, one will lift up his fellow. But woe to him who is alone when he falls and has not another to lift him up! Again, if two lie together, they keep warm, but how can one keep warm alone? And though a man might prevail against one who is alone, two will withstand him—a threefold cord is not quickly broken. (4:9–12)

That sounds odd, doesn’t it? Wouldn’t you think a Christian would already know how to pray? Yet even Jesus’ own disciples had to be taught how to pray (Luke 11:1–13). Apart from being trained in prayer, our prayers can easily become only about us and our little bubble of life.

My mentor showed me how to pray by praying with me. We met together when possible, and she and I prayed together for whatever the Spirit of God laid on our hearts. First, we would spend time talking about the issues we were burdened for, and then she took the time to show me Scriptures.

We prayed conversationally back and forth at her kitchen table, and we’ve also met in a dimly lit sanctuary at the altar. And as we prayed together, I heard her praying Scripture. That was powerful because the Word is alive! When the Word of God is woven into our prayers, we are praying with belief.

Together we reflected on the many prayers of the Bible, as we discovered that biblical prayers are not the typical prayers of our generation. They’re mostly prayers for God’s glory, for the furtherance of the gospel, and for His perfect will to be done on earth.

Never again will I see prayer merely as something to do to “bless the food” or “open a meeting” with. I learned that prayer is God’s business! Prayer is foundational work and worth making time for.

This is an area where most people fear getting involved. But this is also an area of Christian women’s lives that holds us back tremendously. Have you ever met a believer who became disillusioned by God after a huge disappointment in life? Chances are she has some false beliefs that she needs guidance on. I had some lies that I had subscribed to.

My mentor didn’t beat me over the head when she sensed areas of misguided beliefs. Rather, she would frequently encourage me to get my beliefs from Scripture. It wasn’t uncommon for her to ask me, “So, where did you get that belief?” Often her comments would lead me to ask myself if a particular belief was just something that felt good, was repeated enough by people that I believed it, or was truly biblical. Then I would mull things over and start shooting her inquisitive emails. It took a while, but I began to sort truth from error and become stronger in my theology.

After she corrected me, my mentor would often tell me that she welcomed my correction if I ever felt like she was steering me wrong. She would look me in the eye and say, “Be a good Berean. If you find in the Word that I’m wrong, tell me.”

Sometimes I wonder if I’d be as grounded as I am now, had it not been for someone sensitive enough to the Holy Spirit and kind enough to guide me. Maybe God is calling you right now to help another woman with what you know about Him.

4. She encouraged me to reach other women.

In some of my earliest visits with my mentor, I recall her saying that I should start trying to reach other women to influence them for Christ. This initially shocked me. I felt like a woman had to be pretty far along in her spiritual journey to influence others.

Yet, I didn’t know how God would use each truth I had come to know. I came to realize there were all sorts of ways to speak truth and encourage others. I learned that giving spiritual direction can be as simple as guiding another lady through a problem, speaking truth to a friend in the grocery store, or answering a long message from Christian woman pouring her heart out.

I’m glad my mentor encouraged me to share my faith with other women. The time one woman has spent nurturing me is now multiplying.

Try It Yourself: Start praying to see how God wants to use you.

Previous Post Ask An Older Woman #18: Scriptures to Pray for All Occasions
Next Post Dare to Hope That He’ll Redeem Your Story