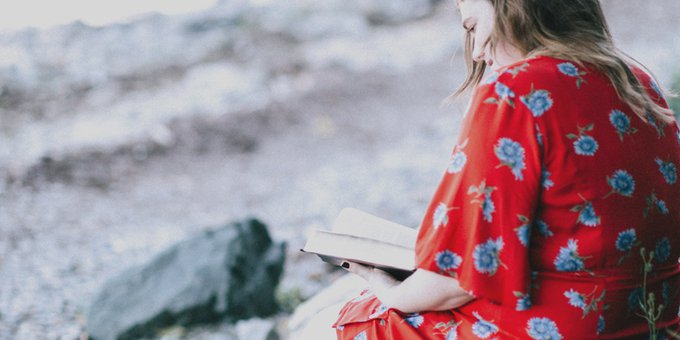 A Life That Points Others to Christ

Several years ago, I was searching the Bible for some Scripture that I could use to commission a leadership team. I wanted to call them to bring other women to a life-altering interaction with Jesus and His Word. I found the woman at the well in John 4. She was a Samaritan woman with a tainted reputation who had a very specific, life-altering conversation with Jesus.

While I was familiar with this story as a child and became more aware of its complexities and implications as an adult, studying John 4 in depth on my own helped me see new angles in this passage. And I discovered my life mission.

The “had” in John 4:4 was the first new insight. It seemed to be a rather insistent verb, so with my then-burgeoning study skills, I went to some commentaries to understand why Jesus had to travel through Samaria to where He was going. What I discovered was that Jews typically took a vastly different route when traveling in that area to avoid Samaria. The fact that Jesus purposefully went through Samaria—instead of detouring around the country considered by most Jews to be filled with half-breed, illegitimate people—showed that “had” was more about Christ’s mission than a map. Why did Jesus have to travel through Samaria? There was a woman He had to talk to, and her people needed Him.

Just then his disciples came back. They marveled that he was talking with a woman, but no one said, “What do you seek?” or, “Why are you talking with her?” (v. 27)

The attitudes and actions of Jesus’ disciples in John 4:27 were my next new realizations. They were amazed that Jesus was talking with a woman, but they didn’t act on that amazement. They didn’t interrupt or make a scene. Instead, they were seemingly struck mute as they looked on that conversation. A man talking to a woman. A Jewish teacher talking to a Samaritan. One who is holy and teaches holiness talking to one so clearly unholy. The questions they didn’t ask show some fleshly, cultural assumptions.

But what really happened was that interaction was about to go viral. John 4:39–42 is where things exploded for me, and the detonation still propels me today.

Many Samaritans from that town believed in him because of the woman's testimony, “He told me all that I ever did.” So when the Samaritans came to him, they asked him to stay with them, and he stayed there two days. And many more believed because of his word. They said to the woman, “It is no longer because of what you said that we believe, for we have heard for ourselves, and we know that this is indeed the Savior of the world.” (vv. 39–42)

Here is a woman, known by everyone she was talking to as sullied and stained, who immediately and boldly began to testify. She didn’t prepare in any way or wonder if she’s ready. Instead, she immediately responded with honest words about her interaction with Jesus to those around her. And those were obviously effective words, because the other Samaritans went straight to Jesus to find out more. Then they went back to the woman and told her that they no longer believed because of what she said, but because they had sought out and heard from Jesus for themselves. They knew “this really is the Savior of the world.”

And KABOOM! I found my mission.

While some of us have an ability to communicate in effective and compelling ways, every sincere lost-to-found, far-to-brought-near story is powerful. These last few verses show us that. It’s not the woman’s dramatic testimony or dynamic communication that ultimately compelled these people to believe. It was Jesus and His words. The woman was a conduit. She was a tool God used to bring those people to Himself. It’s not about the story or the storyteller. It’s Who the story is all about and His very words that bring true faith.

So that’s my mission. I want to live a life that points others to Christ and His Word. I tell my stories—both the everyday kind and the dramatic ones—to those God puts around me so that I can testify about how Christ and His Word has radically changed me.

My most earnest prayer is that when someone hears my testimony is that they would be compelled to go find Jesus and His Word for themselves. I hope that they would go to the Bible and say, “I no longer believe because of what Heidi said, but I have seen for myself and know that this really is the Savior of the world.” That’s it. I want God to use me as a vessel to bring people to His feet and to His Word. Then that as they know Christ and His Word for themselves, they would believe and live in response to who God is, all He has done, and the hope we have in Him.

Are you looking for a way to understand the world or your circumstances? Are you searching for truth about God for yourself? Are you someone, like me, who is seeking to live a life that compels others to know more about God and His Word? Look. Search. Seek. He alone is worthy.

Previous Post Intimacy Is a Gift from God—Even When Your Kids Are Young
Next Post Ask an Older Woman #2: How Do I Overcome Comparison?
Store Donate Now My Account
Stay Informed via Email