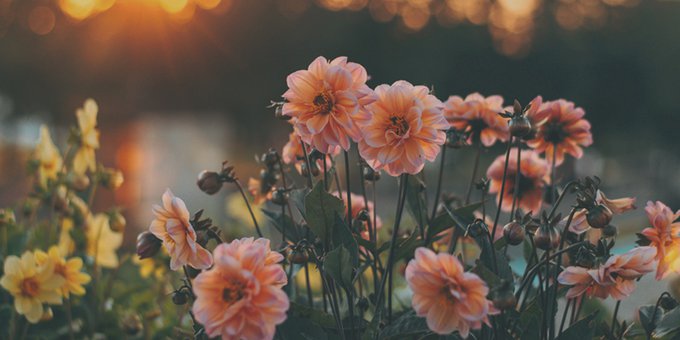 Lessons from My Great-Aunt Helen

For years I’ve kept a black and white picture on the fridge of my great-aunt Helen in a barn lot, gathering eggs while her numerous hens scatter about. She was the wife of a farmer and a mother of four. Her life was simple and hard.

In 1953, just before her oldest son’s eighteenth birthday, Helen sent him to an out-of-state college on a basketball scholarship. Having barely wandered off their small farm up to that point, Calvin’s adjustment was awkward. His homesick voice during those long-distance calls broke Helen’s and her husband’s hearts, but they encouraged him to stick it out. Surely, when ball practices began, he’d feel better. The next long-distance phone call they received informed them that Calvin had been involved in a hazing accident and was in critical condition. The anguished momma begged God to let her boy live, but her beloved son did not survive.

A few years later, unable to shake his deep regret that he had encouraged Calvin to remain in school, Helen’s husband carried his favorite hunting rifle outside and pulled the trigger. He succeeded in stopping his mental torment, but the avalanche he left behind devastated his wife.

Barely coming back from the horror of finding her beloved lifeless, Helen stood next to another casket that held the body of her stillborn grandson. Loss had unmercifully reached into the next generation. Then, less than two years later, the baby’s father—her son, Henry—carried his own rifle outside one day. He left behind a wife and two young daughters and a mother whose heart had been torn apart too many times for one lifetime.

My great-aunt Helen was gracious and soft-spoken. She was faithful to her church and often played the piano for services. During the week, she helped prepare meals for an elementary school that sat a quarter mile from her home. And she gathered eggs. Like the biblical Ruth, who trusted God to provide as she gleaned grain from the field, Helen gathered the eggs of her hens. Despite her unimaginable grief, Helen continued to serve others and to do what was before her each day.

In an era when suicide wasn’t openly discussed, counseling and resources for it didn’t exist, and grief support groups were yet in the future, Helen was left mostly on her own to decide what she would do with all that God had allowed in her life. It is difficult for me to fathom the dark nights she endured as she wept and grasped for those she dearly and devotedly loved. But she didn’t succumb to attempts to numb or escape. She could have easily fallen into the ditch of accusing God, claiming He had been unfair or unloving. Certainly, by His grace, she was able to sort through the truths of His character passing through those tragedies believing there was still something she could glean and gather out of life and out of His love for her.

A few years ago Helen died peacefully in her sleep at the glorious age of ninety-six. The obituary spoke of her devotion to her family and God but was rather simple. Helen had neither notoriety nor public office. She had no platform, speaking engagements, or book signings. She was quiet and gentle, never loud or assuming. But that day, in her honor, a vast amount of people came to the country church she’d attended since childhood.

Her granddaughter masterfully played songs she’d learned from Helen on the piano, while other grandchildren and great-grandchildren sang Bible songs and hymns she had taught them. The legacy of her faith had reached into the next generation. Many of her great-grandchildren had entered full-time ministry. Helen, by simply making a choice to follow and trust her Jesus through soul-splitting losses and grief, made a significant impact upon the lives of her family and community. Her precious faith left many saying she had been the greatest spiritual influence of their life.

Scriptures, poems, and writings her family found within the pages of her Bible revealed a common theme: gratitude. The woman who had every right to lay in bed for weeks on end, allowing depression to overtake her or giving herself over to bitterness, had chosen to set her mind and heart toward thanking the Lord. Her tenacity of faith didn’t just happen; it came from placing the gospel’s hope of before her wearied heart each and every day.

Do you feel as though God has abandoned you? Does your heart despair over your circumstances? Are you feeling discouraged and concerned that you don’t have many “followers”? Though your circumstances may be incredibly difficult, they may be the very thing that helps point others to Christ. Your response to your situation is a lantern of encouragement to others that can either shine or be darkened. As difficult as it can be to sort through the grief and pain, God’s grace can trump your despair if you choose to trust Him.

Deep sorrows have a way of sifting our lives and helping us find clarity about what is worth holding onto. Helen’s afflictions certainly didn’t feel “light” or “momentary” as she lived through the moments, months, and years of such staggering tragedy, but in comparison to what she would experience throughout all eternity, they were a mere blip on a screen. Her nights of weeping came to an end. Her joy, that was made complete when she stepped into His presence, will remain eternally. God does not ask that you not grieve or hold back your lament. He does not ask that you numbly carry on and ignore your sorrow. He asks that you view it as something that is passing away and to trust Him when He tells you, “This won’t last forever.”

“In the world you will have tribulation. But take heart; I have overcome the world.” (John 16:33)

Helen accepted the fact that this fallen world would only offer what it has. Brokenness, pain, and heartache are to be expected. Life is hard. Jesus made that clear when He warned His disciples in the final hours before He took on the full weight of mankind’s sin. We weren’t meant to drive our tent stakes in too deeply while we sojourn upon this temporal earth. Like all the saints, including Helen, who have gone before us, we shall overcome because Christ has overcome and completed His work on the cross.

You keep him in perfect peace,  whose mind is stayed on you, because he trusts in you. (Isa. 26:3)

My great-aunt Helen displayed to the world that she trusted God with her shattered heart. By doing so, she invited others to do the same. As she continued to gather her eggs, as Ruth faithfully gleaned from the field of Boaz, Helen trusted her Kinsman-Redeemer, Jesus, to make right all that had been so savagely undone in her life. God faithfully took care of her until He moved her to her great reward. He poured out His Spirit upon her grandchildren and great-grandchildren, setting them apart for His kingdom work. Her grieving ended, but her legacy trails behind—a direct result of how she chose to respond to her suffering.

He heals the brokenhearted and binds up their wounds. (Ps. 147:3)

God bound Helen’s wounds with the same love and compassion He had as He took on the beast of sin, despair, and shame—the very struggles that caused her beloved husband and son to take their own lives. His victory over sin and death covered every ounce of her grief; every question left unanswered; and every impossible moment that seeped dark, anguished loss into her days. God and His grace were sufficient! She was given an incredible opportunity to experience just how faithful God remains when everything in life shifts.

Invite Him into the places where your broken heart dwells. Invite Him into the lonely spaces of your life. He will give you grace to endure. He will be faithful to give you Himself. Keeping trials in that perspective, even while my soul has lamented, has been extremely important in my life. I have learned that I can continue to live, gathering and gleaning, as my great-aunt Helen gathered her eggs, trusting that the Lord is not only present, but that His goodness equally abounds in each day.

Previous Post Ask an Older Woman #1: How to Disciple Long-Distance Grandchildren
Next Post Look for Life among the Living
Store Donate Now My Account
Stay Informed via Email