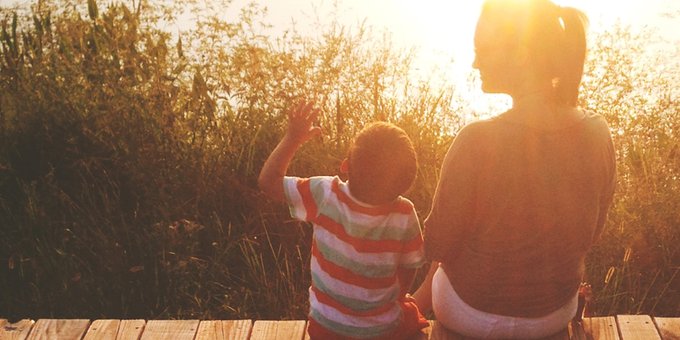 If Abortion Cancels Autism, We All Lose

Exactly three hours from now my fifteen-year-old son Benjamin will step off the school bus, squinting in the winter sun. He’ll scuff and skip his way up the ice-covered driveway with an imaginary dialogue playing in his mind, hardly aware of the sub-zero temperatures outside.

“Don’t run, Ben!” his bus driver will yell through the open bus door, “It’s slippery out there today!”

I’ll be here at my desk, clicking away at my keyboard when he bursts through the door. “Hi, Mom,” he’ll say. “Are you ready to leave for Joshua’s basketball game at three-twenty-five p.m.?”

He can’t write his full name, tie his shoes, make a sandwich, or do many other things an average fifteen-year-old can do, but in the ways that really matter, he soars above the rest (at least in my mom’s-eye opinion). And Ben can keep our rambunctious family on time like nobody’s business.

As a boy on the brink of manhood who has autism and ADHD, Benjamin is confronted daily with challenges most of us will never understand. There are so many things he can’t do. But let me share a few things he can do:

I can’t imagine our family without this precious boy, but I’m speaking from a decade-and-a-half on the other side of the womb—when despite the questions about the rest of his life that remain, our family has this answer: whatever happens, God will care for him. Even when it’s really, really hard.

At the same time, I know this is not the case for every baby with special needs. In another time, in another place, with another mother and father, his life could have a very different outcome. He may not be given a chance to live at all.

We didn’t have the chance to discover that Benjamin was autistic while he was still in the womb. His condition was, to us, a puzzle built from the middle out—three years old and he can’t speak intelligibly? Ah, there’s a piece. Four years old and terrified of loud noises? Hmm, another piece. Five years old with seriously lagging fine motor skills? Puzzle piece found. Then came the edges, pieces we put together in hindsight: low muscle tone, hand-flapping, oral-motor deficiency, sensory-processing disorder, delayed walking, inability to nurse as an infant, failure to thrive. The picture was incomplete, but it came together slowly, one piece at a time.

We watched our busy little boy, with soft, sticking-straight-up hair the color of caramel, and cheeks rosy from eczema, roll a toy train back and forth across the floor as the developmental psychologist said, “PDD-NOS, an autism spectrum disorder.” But what if instead we’d held a grainy ultrasound picture—a mere shadow of what could be—as a geneticist proclaimed the same diagnosis?

Would you consider aborting my boy? If I had the chance, would I?

Though we are moving ever closer to readily-available genetic testing that pinpoints potential markers for autism, the disorder’s complexity and the ethical issues surrounding prenatal genetic testing have kept it from going mainstream—so far. But given the rapid progress in genetic research, is there any doubt that a prenatal autism screening test is on the horizon? And to what end?

While some parents choose genetic testing in order to be better prepared for the potential of caring for a child with a disability, we only need to look as far as the Down Syndrome community to see the darker side of the situation:

While attempts have been made to contest or downplay these statistics, as actress Patricia Heaton put it, “Iceland isn’t just eliminating Down Syndrome—they are just killing everyone who has it.”5 Is that what’s next for autistic people? And we’re not even scratching the surface of conditions that could be screened for and found.

The question is, are we trying to eradicate a condition or an entire group of people? If abortion is the answer, the latter is true. And we’ll all be worse for it.

The Road Less Traveled Is Hard

I have great empathy for parents facing the unknown. Autism is a scary diagnosis with levels of severity that span the breadth of the spectrum itself. I’ve felt the grief when you realize your child may never marry, have children, drive a car. I’ve felt the fear for the future: what will happen to him when we’re gone? Will his siblings be willing and able to care for him? I’ve felt the dread of the next outburst, the next therapy appointment, the next birthday as my child falls further behind his peers.

Parenting a special needs child can be lonely. I can only imagine how isolating it must be for single parents, for those without a biological or church family to help, and, most of all, for those without faith in God and His providential care. I can see myself and my fears in those parents’ eyes. Because I believe life begins at conception and that every single life is dear and precious to God, aborting my child for any reason is not an option I ever considered. But in hindsight I can see that if I had made that choice, I'd have missed out on so much. We all would.

What We Lose If We Cancel Babies Like Ben

You can go to autism rights advocates and other sources, and they’ll tell you that an attempt to eradicate the world of autistic people by way of isolating a multitude of “autism genes” will eliminate a giant swath of amazing people who have amazing potential and can do amazing things. They’ll tell you that autistic people often see their autism as a part of who they are, not what they have. And they’ll tell you how hurtful it is to hear people talk about trying to “cure” something that they just see as, well, them.

But this is what I’m here to tell you as a mom of an autistic son: every person who knows Ben is better because of it.

We’re also better because in Ben we have a friend. One who loves wildly at times, imperfectly most of the time. One who hugs too hard, talks too much, comes on too strong, steps on our toes, and just generally drives us batty. But he’s the best friend we’ll ever have.

When I see Ben, I see you, and I see myself. Weak, vulnerable, fumbling through life doing the wrong things half of the time, but absolutely drenched with grace. I see how God loves us, the feeble and hard-headed, and how He gives and gives and gives for His glory in spite of it all.

I’m also here to tell you this: beyond the Truth from Genesis 1 that every human is magnificently created in God’s image and therefore blessed and precious in His sight (Gen. 1:27–28), there’s another simple reason that, from the Church down to my church and my family, we are all worse off if Ben and those like him are eliminated:

While Paul wrote 1 Corinthians 12 in response to believers jockeying for position in the church and lobbying for whose spiritual gifts were, in their assessment, most important, I can’t read this passage without thinking about those whom society—and even the church—tends to view as unnecessary, fringe, or a problem to solve:

And the eye cannot say to the hand, “I have no need of you”; or again, the head to the feet, “I have no need of you.” On the contrary, it is much truer that the parts of the body which seem to be weaker are necessary; and those parts of the body which we consider less honorable, on these we bestow greater honor, and our less presentable parts become much more presentable,whereas our more presentable parts have no need of it. But God has so composed the body, giving more abundant honor to that part which lacked, so that there may be no division in the body, but that the parts may have the same care for one another. (1 Cor. 12:21–25)

The weak, the disabled, the diseased, the “different”—they are our most necessary, protected, vital, cherished parts. Do they seem weaker to you? Then give them more honor, because to God they are worthy of extra protection and care. And we need them.

The science in favor of selective abortion isn’t there for autism yet, but for Down Syndrome and so many other diagnoses, the decisions I’ve spoken of here are a reality. I beg you, when and if that time comes, let them live. It probably won’t be easy, but you definitely won’t regret it.

And of course, if you get a boy like Ben, you’ll never be late for a basketball game. At least not for lack of being reminded.

1 Massachusetts General Hospital, "Prenatal testing has halved the number of babies born with Down syndrome in Europe, study finds," ScienceDaily, www.sciencedaily.com/releases/2020/12/201218131911.htm (accessed February 13, 2021).
2 Massachusetts General Hospital.
3 Sarah Zhang, “The Last Children of Down Syndrome,” The Atlantic (Atlantic Media Company, November 18, 2020), https://www.theatlantic.com/magazine/archive/2020/12/the-last-children-of-down-syndrome/616928/.
4 Julian Quinones and Arijeta Lajka, “‘What Kind of Society Do You Want to Live in?": Inside the Country Where Down Syndrome Is Disappearing,” CBS News (CBS Interactive, August 14, 2017), https://www.cbsnews.com/news/down-syndrome-iceland/.
5 Patricia Heaton, “Patricia Heaton: 'Iceland Isn't Eliminating Down Syndrome—They Are Just Killing Everyone Who Has It.',” America Magazine, April 25, 2019, https://www.americamagazine.org/politics-society/2017/12/04/patricia-heaton-iceland-isnt-eliminating-down-syndrome-they-are-just.

Previous Post Week 7: Jesus Rose to Give Us Life Forever with Him
Next Post Do You Tell Yourself the Truth?

A Day to Rejoice: The End of Roe v. Wade