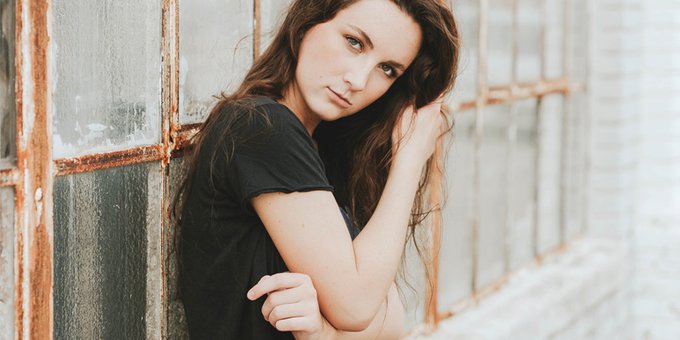 How to Have Victory over Envy

Stacey Salsbery | Gratitude,  Sin & Repentance | Comments
Editor’s Note: In this post, the second in a two-part series on the topic of envy, Stacey Salsbery puts some tools in your toolkit for the fight against this common stumbling block. If you missed last week’s post, “The Destructive Power of Envy,” check it out here!—Laura Elliott, Managing Editor

I have blessings beyond measure. In Christ, I have an imperishable, undefiled, and unfading inheritance waiting for me in heaven (1 Pet. 1:4). So do you, if you’ve accepted the gift of salvation by faith in Jesus Christ.

And it’s a beautiful inheritance—one that should smother us with contentment even now in this upside-down world. According to 1 Corinthians 2:9, we can’t even imagine the greatness of all that’s in store. Living in eternity with God is going to blow our joy barometers right off the charts. Paradise is coming. One day we will see the Lord face to face, and we will dwell with Him forever.

These are the things we look forward to as believers. When we ponder the blessings that lie ahead, we’re less likely to get hung up on the blessings we think we’re missing today. The promises we have in Christ act as a guard against discontentment.

However, when I scroll through social media I’m not generally filled with Christ-centered contentment. More like me-centered envy. Suddenly, I need everything everyone else has. My eternal inheritance is no longer enough. I need magazine-worthy home décor and perfect family pictures and a five-star vacation and better date nights (or any date night for that matter), and a girls’ getaway, and children who eagerly do their homework.

The treasure I have in Christ becomes buried under Abigail’s perfect curls and Cindy’s slim waistline and dressing more like Rebecca. It only takes about five seconds for me to go from blessed to distressed when I allow envy to sabotage the moment.

And it happens more than I care to admit.

Envy is not just a feeling of longing; it’s a deadly cancer of the soul. Proverbs 14:30 says, “envy makes the bones rot.” There is nothing innocent about envy. It consistently demolishes joy, deposits doubt, and deconstructs faith in our always good and loving God.

The problem is we live in a society that tends to accept envy as inevitable—just as we do the weather report, shrugging our shoulders because there’s nothing we can do about it. But when it comes to envy that’s not true. Consistently counting others’ blessings instead of our own is dangerous territory, and we absolutely can do something about it.

While King Saul is a prime example of envy’s destructive power, Saul’s son Jonathan is an example of love’s protective power. If anyone should have been envious of David, it’s Jonathan. He was next in line for the throne when David came on the scene.

And here’s the crazy thing: Jonathan would have been an excellent choice for Israel’s next king. Unlike his father, Jonathan exercised great faith in the Lord. While Saul and the rest of the Israelite army trembled before the Philistines, by faith Jonathan (along with his armor-bearer) faced them alone, igniting an incredible victory for God’s people (1 Sam. 14).

Jonathan was a man after God’s own heart, just like David was. But Jonathan was not God’s choice for king, and when Jonathan realized it he didn’t fight God’s decision. Instead He embraced it, giving David his full support and friendship.

After David defeated Goliath, “Jonathan made a covenant with David, because he loved him as his own soul. And Jonathan stripped himself of the robe that was on him and gave it to David, and his armor, and even his sword and his bow and his belt” (1 Sam. 18:3–4).

Jonathan did not see David as a threat because Jonathan harbored God’s selfless love in his heart. That’s why Jonathan willingly set aside his glory giving David his royal robe and armor. In effect, this elevated and secured David’s position.

Selfless love is not natural for us, but it is natural for God. Therefore “God’s love has been poured into our hearts through the Holy Spirit” (Rom. 5:5), so we, too, can love others the way God does: sacrificially.

The only way to conquer envy is to love with God’s love. It is possible to uphold others as more significant than ourselves when we set our minds on Christ (Phil. 2:3). When God’s love is controlling us, we can put the interests of others before our own and not succumb to jealousy.

In 1 Samuel 20:31, Saul says to Jonathan, “For as long as the son of Jesse lives on the earth, neither you nor your kingdom shall be established.” But Jonathan’s hope didn’t rest in building his kingdom; his hope rested in God. Jonathan understood the treasure he had in God, so he fixed his eyes on an eternal inheritance instead of an earthly one.

The problem with envy is that it fixes our eyes on the here and now. Envy ignores the imperishable, undefiled, future inheritance we have in Christ. But when we fix our eyes on the blessing and wonder of all we have in Jesus we can suppress envy.

There is a way to conquer envy, and it starts with understanding the incredible love of Christ, who set everything aside to secure for us an incredible future. So don’t let envy sabotage the treasure you have in Christ. Set your heart on eternity, and leave the rest up to God.

The Destructive Power of Envy