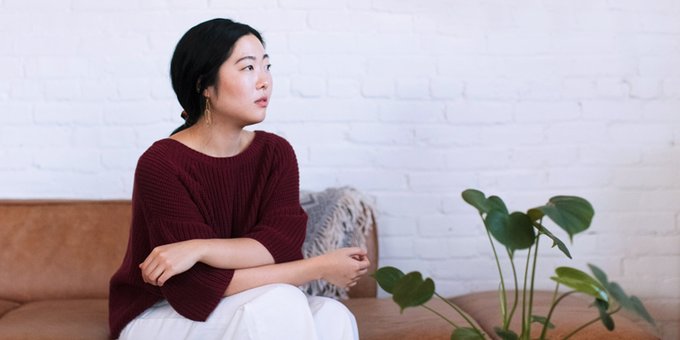 God’s Ministry to a Discouraged Servant

“LORD, the God of Abraham, Isaac, and Israel, today let it be known that you are God in Israel and I am your servant, and that at your word I have done all these things. Answer me, LORD! Answer me so that this people will know that you, the LORD, are God and that you have turned their hearts back.”

Then the LORD's fire fell and consumed the burnt offering, the wood, the stones, and the dust, and it licked up the water that was in the trench. (1 Kings 18:36–38)

Six weeks earlier, Elijah had seen God rain fire from heaven and demonstrate His power in front of the nation. He had seen God answer his prayer to end the three-and-a-half-year drought. He had outrun a chariot.

But he was discouraged.

Perhaps you’ve been there before. Or maybe you’re there now. You’ve seen God answer the big prayers. You’ve seen His faithfulness and power on full display. You have even, at times, been the tool through which He has chosen to work.

James tells us that although Elijah was a mighty man of God and stood toe-to-toe with the prophets of Baal and the king of Israel, he was a person just like the rest of us (James 5:17). He battled his emotions. He struggled with loneliness. He grappled with discouragement.

As we turn the page from the great victory on Mount Carmel in 1 Kings 18, we find God’s personal ministry to His discouraged servant in chapter 19. Though the exact circumstances will not necessarily reflect our own, God’s method of caring for Elijah can help bolster our discouragement and make us better encouragers of one another.

Elijah felt like a failure. Twice he told God exactly how he felt: “I have been very zealous for the LORD God of Armies, but the Israelites have abandoned your covenant, torn down your altars, and killed your prophets with the sword. I alone am left, and they are looking for me to take my life” (1 Kings 19:10). Though Elijah had done everything right and won the battle on Mount Carmel, he thought he’d failed. He mistakenly believed (or said he believed) that all the other Yahweh-followers had thrown in the towel, and now Ahab wanted to kill him too. What’s the point? he wondered.

Interestingly, Yahweh did not directly address Elijah’s concerns. He didn’t remind him of his recent meeting with Obadiah—a follower of Yahweh (18:7–16). Or that Obadiah successfully found refuge for 100 prophets of God (18:4–5). Instead, God reminded Elijah of His glory.

While Elijah watched, God sent a wind so strong that it tore the mountain and broke rocks in pieces (19:11). Perhaps Elijah had to hold on to the entrance of the cave in which he was standing to stay on his feet. Then, just as suddenly as it began, the wind stopped.

Next, the ground began to shake. Perhaps the cave floor cracked before Elijah’s eyes, or maybe he saw trees uprooted from the trembling of the earth. He probably remembered another time this very mountain had shaken with the presence of the LORD, as Yahweh descended upon it to give Moses the Law (Ex. 19:18). Then, all of the sudden, the earth became still.

Fire replaced the trembling, flames everywhere. Elijah likely hid his eyes and covered his mouth to keep from inhaling the smoke. But the fire did not consume him. Like the wind and the earthquake, it was over quickly.

Why this show? The Bible specifically says that God was not in any of these things (19:11–12). But they still displayed his glory and sovereignty. Elijah needed to lift his eyes to the Lord of heaven and earth.

That’s what you and I need in moments of discouragement.

Elijah had become myopic, seeing only his circumstances—and distorting them. Though he had witnessed the mighty power of God firsthand, he still needed to be reminded of the glory of the Lord. In our seasons of discouragement, you and I need the same. We need to return to the Word and behold our God. He has not left His throne though our world may be teetering.

I lift my eyes toward the mountains.
Where will my help come from?
My help comes from the LORD,
the Maker of heaven and earth. (Psalm 121:1–2)

You Need a Gentle Voice

The wind, the earthquake, and the fire stop. And a gentle breeze—a whisper—comes to Elijah (19:13). Though God demonstrates His greatness in spectacular fashion, He doesn’t speak to Elijah in the fire or in the whirlwind; He speaks to him in a soft whisper. He recognizes exactly what His discouraged prophet needs.

Paul picks up on this very idea in his first letter to Thessalonica:

And we exhort you, brothers and sisters: warn those who are idle, comfort the discouraged, help the weak, be patient with everyone. (1 Thess. 5:14)

If you are discouraged today, first remember that your Savior is gentle and lowly (Matt. 11:29). He doesn’t seek to burden you with your failure or your shame or your guilt or your performance. His yoke is easy; His burden is light. Run to Him.

Next, if you’re dealing with someone who is discouraged, speak truth to him or her with a whisper. Yes, they probably need to have their sight corrected—but don’t speak through a whirlwind or earthquake. Speak with a heart of compassion. Point them to the lowly Savior, meek and ready to comfort. Point them to the tender Father who has compassion on His fragile child (Psalm 103:13).

You Have Work to Do

God heard Elijah’s complaint about being the “only one left” and then sent him on his way with a three-fold task (1 Kings 19:15–18). Of all the things God does in this passage, this is perhaps the trickiest to apply. It would be foolish of me to say that the need for every discouraged servant is to get back in the game. Though this was clearly what Elijah needed, notice that this instruction came only after a six-week break from ministry (19:8). Some seasons may call for a longer sabbath, but we can surmise from God’s recommissioning of Elijah, that discouragement is not cause for disqualification.

Elijah may have felt like a failure, but by sending him back into service, God rejects that claim. I don’t know why you’re discouraged, but I do know that as long as you’re still here, God has work for you to do. It may not be in the form of public ministry; it may not be full-time or vocational. But He has not disqualified you from the work just because you’re discouraged. I don’t know what He may call you to do: ministries of prayer or hospitality or encouragement may seem trivial, but they’re vital to God’s kingdom. Maybe that’s what God has for you.

we must not allow our circumstances to sideline us from ministry

My friend, we must not allow our circumstances to sideline us from ministry. If you don’t know what God would have you do, seek His face and ask where He wants to use you. As you feel the Spirit lead, obey. By faith, with your eyes on the King, move forward.

You Need a Buddy

My favorite part of the story is the final chapter. The first of the three tasks Elijah undertakes is to anoint his successor, Elisha. (If the Elijah/Elisha rhyming-name struggle isn’t proof of God’s sense of humor, I don’t know what is.) There’s much we could say here as these two meet for the first time, but I think the major idea is this: God gave Elijah companionship.

When his major complaint was that he was all alone, God gave Elijah a buddy. But let’s not over-romanticize this first encounter. Verse 19 says that Elijah went up to the young man and threw his mantle over him. Doesn’t exactly sound like the Hallmark movie we might have envisioned, does it? It’s more like a grumpy old man who does the bare minimum, and mutters, “Saddle up, kid. We got work to do.”

But, in the end, God gave them a special relationship. Elijah’s final day with Elisha, as recorded in 2 Kings 2, sheds some light on that. (Read it if you have time.)

We aren’t meant to walk this road alone. That’s why we need to be connected to a body of believers and to have people who will bear our burdens alongside us (Heb. 10:24–25; Gal. 6:1). We must not allow discouragement to isolate us from our brothers and sisters, though that is exactly what we will feel like allowing to happen. More importantly, we must be on the lookout for those who are discouraged and be the companion that they need.

How can you come alongside someone today?