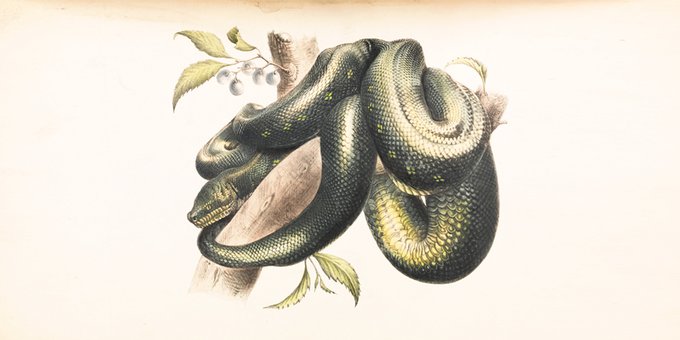 With those very hopeful words, the story of the Bible—our story—begins. Moses, the author of Genesis, doesn’t tell us how long Adam and Eve lived in the Garden before falling into sin, but just two chapters later, he gives us the gory details. The serpent deceives Eve, she eats of the fruit of the tree of the knowledge of good and evil and then she gives to her husband, and he eats. Just like that, paradise is lost. Immediately after they partake of the forbidden fruit, the first couple feels shame and fear. They make fig coverings for themselves and hide from God when they hear Him walking in the Garden. When asked point-blank if they’ve eaten from the forbidden tree, Adam and his wife shift the blame as far from themselves as possible. God, not duped by their childish maneuvers, begins to hand out what we know as “the Curse.”

In many ways Genesis 3 is the most tragic chapter in Scripture as we transition from all the “very good” creation of God to the fallen, broken world we know today. However, even in this dark chapter, we see hope.

If you’re burdened by sin today, consider God’s grace when you fall by looking at His grace in the Fall.

God begins by cursing the serpent (aka Satan). The crafty reptile will be the most cursed beast on the earth and will go forth on its belly and eat dust all of its days. And then, we have what in theological circles is known as the protoevangelium, or to put it in plain English—the first mention of the gospel in all of Scripture. It comes in Genesis 3:15.

At first glance, the gospel message may not really pop out at you, but it’s there. God tells Satan that he and the woman’s offspring will have a long-term battle. Eventually, however, Satan will have his head crushed by his enemy, while the serpent will manage only to crush his enemy’s heel.

The offspring whom God refers to will not be the first generation of Eve’s children. No, this promised “Seed” would not come for thousands of years. Luke records the genealogy of Jesus, beginning with “Jesus . . . the son of Joseph,” and then proceeding through a couple dozen generations to arrive back at the beginning with “son of Seth, son of Adam, son of God” (Luke 3:23–38). Luke is telling us that Jesus is the “Seed.”

Of course, for all those interim generations, we see the battle raging. Just when we think “the Seed” has arrived, we’re let down. Noah delivers the human race through the Flood, but then falls into drunkenness (Gen. 9:20–22). Abraham, the father of God’s chosen people, twice lies about Sarah being his wife just to save his own skin (Gen. 12:20–30; 20:1–18). David, the “man after God’s own heart,” commits adultery and murder (2 Sam. 11). It’s a pretty ugly battle. And it certainly seems at times that the serpent is going to win.

Never did his victory seem more assured than when Jesus Himself hung upon the cross, forsaken by most of His followers, shamed, bloody, and powerless. With a final declaration of “It is finished!” the woman’s Seed died.

His heel was crushed.

However, three days later, an empty grave would crush the serpent’s head. As Jesus rose from the dead and defeated death for all time and delivered the death-blow to the great Enemy.

This is the good news we need when we fail.

Because of this victory, my sin can never ultimately defeat me. No matter how deep the pit of your sin, the victory of Christ and the grace that victory extends, is deeper still.

While I love the protoevangelium (and not just because I like big words), I also love that we see the gospel on display at least twice more before Genesis 3 comes to a close.

The next instance comes after the curse has been announced and the serpent has slithered away to gloat. God, in His grace, recognizes that fig leaves aren’t very practical and so provides clothing for Adam and Eve.

The LORD God made clothing from skins for the man and his wife, and he clothed them.(Gen. 3:21 CSB)

This alone demonstrates God’s grace, but it also foreshadows the robes with which God clothes His children. Paul, in 2 Corinthians 5:21 paints the beautiful transaction that occurs in the gospel:

He made the one who did not know sin to be sin for us, so that in him we might become the righteousness of God. (2 Cor. 5:21 CSB)

The moment we trust in Christ’s sacrifice on our behalf, the filthy rags of our sin are transferred to Christ, and the beautiful robe of His righteousness is draped around us. This will come to more full fruition in eternity.

After this I looked, and there was a vast multitude from every nation, tribe, people, and language, which no one could number, standing before the throne and before the Lamb. They were clothed in white robes with palm branches in their hands. (Rev. 7:9 CSB)

Bible teacher and author Nancy Guthrie puts it this way:

“All who are in Christ will be clothed in pure holiness, astounding beauty, and radiant glory. Right now, only Jesus is fully clothed with this resurrection glory. But he is just the first.”1

The clothing of Adam and Eve in the Garden points forward to this glorious clothing we will receive in Christ. Today, believer, whether you commit that same irritating sin for the umpteenth time, or whether you’re caught in a pit of sin, remember, you are clothed in the righteousness of Christ. He suffered the wrath of God and condemnation you deserve so that you could have His righteousness. And one day, that righteousness that we know by faith to be ours, will be fully realized as we don the white robe in the presence of our Savior.

The final scene of the gospel in Genesis 3 comes in verse 22:

The LORD God said, "Since the man has become like one of us, knowing good and evil, he must not reach out, take from the tree of life, eat, and live forever." (Gen 3:22 CSB)

Leaving the Garden may have seemed harsh and cruel to Adam and Eve that day, but God did it because He loved them. He had to provide the better way to eternal life, the provision He would make with the woman’s Seed.

Believer, if you’re weighed down by the burden of your own sin today, rejoice in the better way that God has made. Sin promises us the easy way out. It promises life but delivers death. It promises joy but delivers emptiness. Embrace the Gospel and know the life that Christ offers and the fullness of joy found in Him.

The serpent’s head has been crushed. Victory is yours.

Your filthy rags have been replaced by a robe of righteousness.

The better way has been revealed.

Previous Post The Gift of Letting God Be God
Next Post The Truth about Everything, Anything, and Nothing
Store Donate Now My Account
Stay Informed via Email