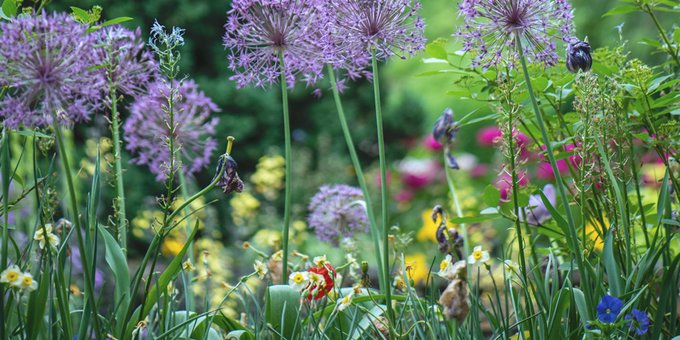 God’s Compassion in the Garden

Hold your breath for a moment. Try to picture it. Imagine that everything you’ve ever seen, tasted, touched, or heard is about to be formed. Let the fact that God made everything from nothing take your breath away again (or for the very first time).

In Romans 1:20, the apostle Paul writes, “His invisible attributes, namely, his eternal power and divine nature, have been clearly perceived.”

Creation is God’s first missionary. The tulip shape of your newborn’s lips, the shocking hues of a peacock’s splayed feathers, and the cotton candy colored sky at sunset are all meant to reveal something about the character of God. But what, exactly? Go ahead, make a mental list.

Here’s a peek at mine:

There’s another attribute I see in creation, one that’s easy for me to miss if I race through the account found in Genesis 1 or stay too immersed in my to-do list to observe the world around me—it’s God’s compassion.

God’s tender attention toward creation is striking. He is a limitless God who could have created the world any way He wanted to. With a single word everything, and everyone, could have burst onto the scene all at once. Instead, we see God taking His time. He is a hands-on Creator who made the world with skillful order.

It wasn’t until after God had created a home filled with food and flowers, soft grasses for lying upon, and trees filled with leaves for shade, that He created something (or rather, someone) altogether different.

God created man in his own image, in the image of God he created him; male and female he created them. (v. 27)

This snapshot of humanity predates the Fall (we’ll get to that in a moment), but the absence of sin in Adam and Eve did not mean the absence of need in them. They were naked and vulnerable, utterly dependent on the Lord’s care.

As a parent, I understand the Lord’s response to mankind’s neediness. Like Adam and Eve, my four sons each came into the world naked and vulnerable, utterly dependent on me for survival. As their tiny cries for milk and warmth and comfort reached my ears, I didn’t turn away in frustration. I didn’t fuss at my newborns to “get it together” or to figure it out for themselves. I moved toward them with compassion, motivated by a deep awareness that they could not meet their needs on their own. Every loving parent is simply bearing the image of our first Parent, our Heavenly Father, who has always moved toward His children in tender response.

God blessed them. And God said to them, “Be fruitful and multiply and fill the earth and subdue it, and have dominion over the fish of the sea and over the birds of the heavens and over every living thing that moves on the earth.” And God said, “Behold, I have given you every plant yielding seed that is on the face of all the earth, and every tree with seed in its fruit. You shall have them for food.”

Before Adam was formed from the dust or Eve was made from Adam’s ribs, God had a plan for compassionate care. He didn’t leave them to fend for themselves or to wonder about their purpose. He created humans with needs, and He lovingly, compassionately met those needs.

All these years later, our needs are not altogether different from those of our foreparents. We are still weak and vulnerable. We face physical and spiritual hunger. We need shelter, security, and direction. The first chapter of the Bible shows us that God is attentive to the world He has made. He is not indifferent or apathetic to our weakness. Rather, He responds to our inadequacy with lovingkindness.

Compassion at the Scene of the Fall

God’s compassion at creation is one thing. Eden was shiny, new, and untainted by sin. Don’t most parents happily put their love into action when their bundle of joy cannot disobey, talk back, or leave their toothpaste guck in the sink?

What about after Adam and Eve rebelled against God? Did sin cause God to withdraw His compassion?

Adam and Eve’s sin did not go unpunished. They were sent away from their perfect garden home and their work and relationships were cursed. Because of their sin they were forced to face physical death and would never again walk with God within the walls of Eden.

Their punishment was severe, but it was laced with compassionate grace. While Adam and Eve were hiding, God was seeking them out. When they cowered in shame, He tenderly covered them. Their weakness had just been compounded to the nth degree. There was nothing they could do to hide their sin and no way for them to make things right. But God is a compassionate Creator. At the epicenter of the Fall, He put His love into action. He moved toward His rebellious children with tender mercy.

The LORD God called to the man and said to him, “Where are you?” And the LORD God made for Adam and for his wife garments of skin and clothed them. (Gen. 3:9, 21)

Sin has stripped us of our holiness. Like Adam and Eve, we stand bare before the Lord with no way to hide our sin and shame. Any attempt to earn our way back into God’s graces is the spiritual equivalent to Adam and Eve trying to make themselves clothes out of leaves. It won’t work. And yet, God does not look upon us with disgust. He moves toward us with compassion.

God’s compassion toward our sinful condition is so great that He sent His Son so that we might wear robes of righteousness that we could not earn, but that Jesus did (2 Cor. 5:21).

I see so much of me reflected in Eve. I know, beyond a shadow of a doubt, that if we could swap places, I’d reach for the forbidden fruit too. And when I sin, my first inclination is to try to hide myself in shame.

Paul said it this way,

Like Paul, like all of us, my life is lived on the teeter-totter of sin. I want to live righteously, but I don’t. I want to run away from the things God has “forbidden” but find myself running toward them instead. There are times that I can’t help but wonder if God will give up on me. He won’t. He has promised to be “faithful and just to forgive us our sins and to cleanse us from all unrighteousness” (1 John 1:9). There is no expiration date, no statute of limitations, and no quota of grace God refuses to go past.

Creation is not the only tool God uses to reveal who He is. He has graciously given us His Word as a road map to His character. When we use the Bible as the lens to see our sin, we see that though we are sinful and spiritually weak, God responds to us like He did to our parents in the Garden. He responds with compassion.

God’s Compassion at the Cross

God’s Compassion through the Prophets 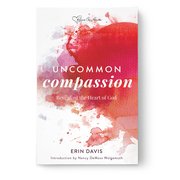