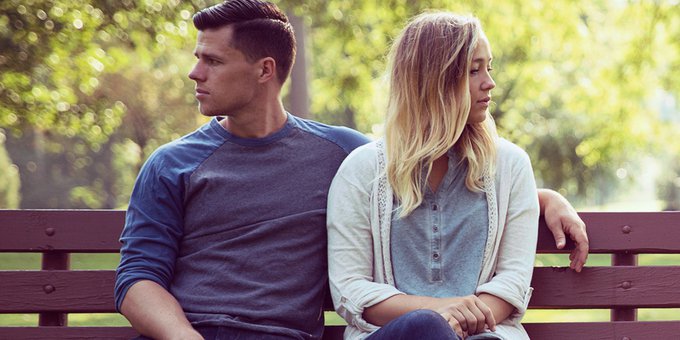 Fight Nice or Not at All

Would you have believed a year ago (when we were fighting about these same things) that we’d be back at it so soon? With the next wave of the pandemic underway here in the United States, whatever delicate new skin had formed over our divisive COVID-19 wounds has been torn open due to recent upticks in variant cases and revised (again) recommendations from the CDC.

Over on Twitter, those on either side of the most recent evangelical spiritual “health” crisis rage on, sucked into an equally argumentative vortex. Is “biblical womanhood” a faithful interpretation of Scripture or a man made system perpetuated by chauvinist Paul and completely untethered to the teaching of Jesus Himself? Should we throw the “complementarian” baby out with the stale 2020 bathwater? And what about pronouns and gender identity?

The Bottom of the Ninth

My grandma, conflict averse until the day she died (unless she was right and you were obviously wrong about Detroit sports or some other topic she wanted to argue about), couldn’t stand to have others bickering in her presence, especially if she got the feeling the jabs were about to become a little more than lighthearted banter. Her response? “Fight nice, now, you two.” Grandma meant business. She wasn’t about to let you embarrass yourselves or hurt one another in her presence.

Maybe Grandma just didn’t want to witness the battle, just like she would “suddenly” have to go for a walk outside when the Tigers were playing with the bases loaded in the bottom of the ninth. But I think there was more to it than that. Grandma knew that in families, when big love and big personalities and big opinions inevitably cause friction, sparks are going to fly. She realized that it’s not always possible to avoid a fight. But it’s always possible to “fight nice.”

The family of God, comprised of mothers and fathers, sisters and brothers, and yes, even grandmas, is really not much different. We love one another and the Lord fiercely, we have big feelings and strong opinions, and sometimes when we scrape up against one another, sparks fly.

When conflict arises, we need to be prepared . . . because Scripture compels us to “fight nice.”

Perhaps you’re thinking, Hey, there are times when we Christians need to fight, both within and without the walls of the Church. And the bullets flying can’t always be “friendly fire.” To that I say, yes. Sure. There have been times throughout the history of the Church when, for the sake of the gospel or to protect others, Christians have necessarily engaged in some ugly battles. You may even believe that the issues I’ve mentioned—mask orders, vaccine requirements, and their connections with government reach; the relationship between men and women in the home and in the church; the transgender agenda being pushed upon children through entertainment and schools—are sending up warning flares screaming, “Christians, it’s time for you to fight!”

Honestly, I agree with you. If that’s the case, we need to take all the more seriously the clear command of Ephesians 4:26: “Be angry and do not sin.”

In 2 Timothy 2, Paul writes to Timothy what is probably his final letter of the New Testament. Paul is imprisoned, and his future, humanly speaking, looks grim. In his first letter to Timothy, Paul went to great lengths to warn Timothy and the church at Ephesus about the dangers of false teachers and how to handle them in the church (1 Tim. 1:3–11; 6:3–16). Paul returned to the subject in 2 Timothy 2:14–26, this time focusing on how to correct them and what the end goal is.

As we deal with issues that have much to do with truth versus falsehood, Paul’s directives have applications in our world today.

The first extortion Paul has for Timothy in this passage was to “remind them of these things, and charge them before God not to quarrel about words, which does no good, but only ruins the hearers” (v. 14). As a person in the business of words, I’d be lying if I told you that words don’t matter. They do . . . a lot. But think about how some of the controversies I mentioned earlier involve labels and terms defined by one group or another and then a lot of fighting over who said what words on what platform and whether that places them in a category on “the other side.” Most of those conversations are fruitless, and many lead to name-calling, slander, and sin.

But avoid irreverent babble, for it will lead people into more and more ungodliness, and their talk will spread like gangrene. Among them are Hymenaeus and Philetus, who have swerved from the truth, saying that the resurrection has already happened. They are upsetting the faith of some. (vv. 16–18)

Candidly, when I think of what I read (and sometimes write) on social media, the term “irreverent babble” hits pretty close to home. I’ve been a part of it. We all have in one setting or another, haven’t we? What does Paul say is the result? It leads people into ungodliness. It spreads like gangrene. When we argue about words with those who have already “swerved from the truth,” it has the potential to infect the faith of others.

I don’t want to be part of spreading a faith-weakening virus, do you? Once we exhale words that qualify as “irreverent babble,” there’s no mask in the world that will keep their infectious droplets out of the air breathed by those around us. If the pandemic has taught us anything, it’s that we can’t live in a bubble.

What if, instead, we used our words to give life, even in a situation where we need to provide correction? The approved worker Paul mentions (v. 15) has no reason to be ashamed because he rightly handles the word of truth. That’s why Paul says we should:

Instead, he says, those who want to serve Christ (elders in the church in particular) should not be quarrelsome, but “kind to everyone,able to teach, patiently enduring evil,correcting his opponents with gentleness” (vv. 24–25). Just because we are women and not elders in the church does not mean this standard is null and void for us. As is often the case, the qualifications for leaders in the church are actually indicators of increasing Christlikeness—which should be the goal of every believer—man, woman, or child.

The stakes are high. Paul tells us why in verses 25–26: “God may perhaps grant them repentance leading to a knowledge of the truth, and they may come to their senses and escape from the snare of the devil, after being captured by him to do his will.”

Are you tempted to argue with unbelievers? The simple act of “fighting nice” could be a tool that God uses to draw them to Himself. Remember, you could be fighting with a future family member.

Are you arguing with believers who you feel are fighting on the wrong side of an ideological battle? Perhaps “fighting nice” will help them see your point of view. Or at the very least you won’t be caught in sin while defending it.

Sisters in Christ, we are to be the mothers and grandmothers in God’s family, and that’s not by accident! As the mom of five sons and one daughter, I’ve refereed my share of fights. One thing I’ve learned is that “fighting nice” is a skill that needs to be taught.

In the middle of a recent angry conflagration, my youngest looked up at his fifteen-year-old brother who has intellectual disabilities and spouted out, “You can’t even write your name right!”

Yeah, that’s going to be a hard stop from Mom. Fight nice, you two.

My grandma passed away a number of years ago, but every now and then, I still hear her voice in my mind. Fight nice, now, you two. I may be biased, but I think we could all benefit from taking Grandma’s advice. And if we can’t fight nice, maybe we’d better just be quiet and take a walk instead.