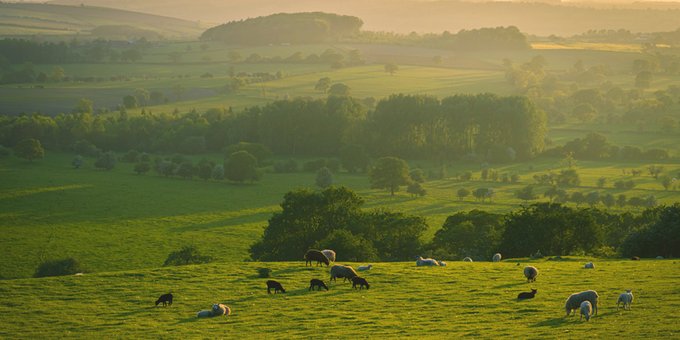 Six days a week, every week for forty years, God fed His people manna while they dwelt in the wilderness. However, this testament to God’s consistent faithfulness came with an expiration date and ended soon after Israel crossed the Jordan River to enter the Promised Land of Canaan (Josh. 5:10). God’s faithfulness would continue, of course, but it would no longer come to the Israelites each day in the form of a heavenly cracker. Instead, it would look like rich produce, lush crops, and delicious meat. The chosen people of God would quite literally feed on the faithfulness of God, just as they had done during their decades-long camping trip.

David uses similar language in Psalm 37:3. I’m no Hebrew scholar, but David’s phrasing doesn’t seem to translate easily into English. While the first part remains consistent, check out how many different ways translators have tried to capture his thoughts in the second phrase:

That’s quite the variety, and we’ve only considered conservative, word-for-word translations, known for their literal rendering of the original languages. The word in question is raa, which is translated as both a verb and a noun throughout the Old Testament. It means literally “to pasture,” but can also be used of a shepherd doing the pasturing (Gen. 4:2; 36:24; 1 Sam 25:7; 2 Sam. 7:7). The idea of security or fullness seems to accompany this word, as a sheep would be secure and full in a field of abundant grass under the shepherd’s watchful eye. Notice also that this word is a command in Psalm 37:3. It doesn’t just happen to us; it’s something we must obediently do.

Consider the example of the Israelites again for a moment. God faithfully gave them manna in the wilderness and a land of milk and honey on the other side of the Jordan. But that didn’t mean they automatically fed on His faithfulness. They had to obediently collect the manna each day. God’s faithfulness was there, but unless they chose to feed on it, it would be worthless to them.

So it is with us.

But feeding on God’s faithfulness isn’t as tangible as going outside our tents each day and picking up some manna. What does this look like for us today, followers of Christ in the twenty-first century? Let’s consider the rest of Psalm 37:3 for answers.

Scripture doesn’t give us much information regarding the timing of David’s writing Psalm 37, but we can tell for sure that he felt like the bad guys were winning. Throughout much of the psalm, the shepherd-king seems to be counseling his heart regarding the prosperity of the wicked. In verse 3, he gives four rapid-fire commands: “Trust in the Lord, and do good. Dwell in the land, and feed on His faithfulness” (NKJV). Together these commands give us a picture of what it means to “feed on” God’s faithfulness.

First, we must “trust in the LORD” (v. 3). David is struggling with looking around and seeing the wicked winning, so he seeks to lift his eyes and see something greater. He first tells himself to trust Yahweh, the covenant-keeping God. Yahweh-followers in David’s day would have automatically thought of God’s faithfulness to His three-fold covenant promise to Abraham:

The LORD said to Abram: Go out from your land, your relatives, and your father's house to the land that I will show you. I will make you into a great nation, I will bless you, I will make your name great, and you will be a blessing. I will bless those who bless you, I will curse anyone who treats you with contempt, and all the peoples on earth will be blessed through you. (Gen. 12:1–3)

At the time of David’s writing, the nation of Israel, which had started with a ninety-year-old, infertile woman giving birth to a single child, had blossomed into a fruitful nation of millions. And the nomads who had been held captive in Egypt for centuries and wandered in the desert for decades had finally entered and conquered the Promised Land. Indeed, they were a people blessed by God.

David’s readers may also have thought of the Mosaic Covenant—the Law given to Moses on Mount Sinai. This covenant promised blessing for those who obeyed the Law and a curse to all who fell short of it. In thinking of this covenant, they would have been even more perplexed about the prospering wicked. David tells them to trust Yahweh. He will keep His covenant.

As followers of Christ we look to another greater covenant as well, known as “the New Covenant.” Jesus instituted this covenant the night He was arrested and put on trial (Luke 22:19–20). This covenant doesn’t just change the outside; it changes the heart:

"Instead, this is the covenant I will make with the house of Israel after those days"—the LORD's declaration. "I will put my teaching within them and write it on their hearts. I will be their God, and they will be my people. (Jer. 31:33)

David tells us to trust our covenant-keeping God. To feed on God’s faithfulness we must cling to His covenant commitment throughout Scripture. This gives us joy today and hope for tomorrow. We look to the blood of Christ poured out on the cross and know that the penalty for sin has been paid. We recall the empty tomb of Christ and trust that wickedness has been vanquished and righteousness has won the day. We look to the heavenly places where we are spiritually seated with Christ (Eph. 2:7) far above all spiritual forces of darkness (Eph. 1:20–23) and know that nothing can thwart the awesome power of the risen Christ.

We can—we must—trust our covenant-keeping God.

We can—we must—trust our covenant-keeping God.

In order to feed on the faithfulness of Yahweh, not only must we trust Him, we must also obey Him. David says that the answer to our consternation over the prosperity of the wicked is not to join in their wickedness but to trust that God will not abandon the righteous and, therefore, to keep doing good.

As Christ-followers we’re called to fight the darkness, not give in to it. Jesus calls us the “light of the world” (Matt. 5:13). We don’t “do good” in order to earn God’s favor but because God has already lavished His favor upon us. We are united with Christ, the Light of the World (John 8:12), partakers with Christ in the New Covenant. The gospel must motivate and empower both our faith and our obedience.

Sometimes the “way of the transgressor” seems anything but hard. In fact, there are days when the wicked seem to have a Midas touch. And it can be tempting to join in their “fun.” After all, what’s the harm? They’re doing just fine. My friend, how well I understand that temptation! But we must trust our covenant-keeping God and persevere in obedience.

Dwell in the Person of Christ

Finally, David counsels us to “dwell in the land.” But what does that mean?

The people of Israel were commanded to trust God by staying in the land God had given them and watching Him provide for their needs. David uses this image of Canaan to picture abiding in God’s place, not living faithlessly by going where the wicked seem to be prospering more than the righteous.

Christ used a similar metaphor; perhaps you’ve thought of it already. In the upper room, around His final Passover meal (with which He instituted the New Covenant), Jesus’ command to the disciples was simple: Abide.

Abide in me, and I in you. As the branch cannot bear fruit by itself, unless it abides in the vine, neither can you, unless you abide in me. I am the vine; you are the branches. Whoever abides in me and I in him, he it is that bears much fruit, for apart from me you can do nothing. (John 15:4–5 ESV)

As Christians, we’re no longer called to abide in a geographical place. We’re commanded to abide in a Person, to remain in Christ, find our dwelling in Him and He in us. Likewise, He commands us to abide in His Word (John 15:7), where we’ll find life, strength, hope, perspective, joy, and courage when the evildoers all around us seem to be winning the day.

If you’re struggling to abide, allow these words of St. Patrick to be your prayer:

Evildoers and wickedness surround us on every side, but we don’t have to get discouraged or angry. Trust the covenant-keeping God, persevere in obedience, abide in the Vine, and feed on His eternal faithfulness.

Note: Want another opportunity to feed on the faithfulness of God? Tune in to the Revive Our Hearts podcast tomorrow, May 10, through Thursday, May 12 to hear Nancy DeMoss Wolgemuth unpack Psalm 107 in the series “God’s Faithfulness in Times of Trouble.”

1“Prayer of St. Patrick,” as found at https://www.journeywithjesus.net/PoemsAndPrayers/Saint_Patrick_Prayer.shtml