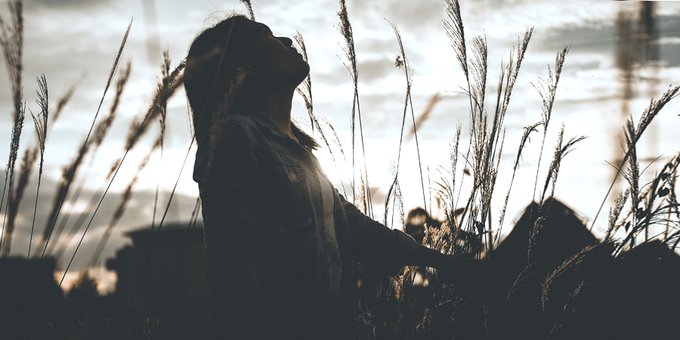 Do We Still Marvel?

The basic storyline of Christianity is truly absurd when you stop to think about it. The most perfect, holy God creates the world and breathes life into people. But it doesn’t take long until those people turn on Him. Then, generation after generation, God is rejected and continuously cast aside for evil as humanity assumes they know better, and can do better, than a God who requires righteousness.

Grieved by humanity’s unrelenting bent towards evil, God floods the world and starts over with one family: Noah and his three married sons. But it isn’t long until humanity once again thinks they know better, insisting on serving themselves instead of God.

But God is merciful, calling one man out of idolatry to be the father of His people. It’s from this man, Abraham, that God promises to make a nation for Himself. A nation that will be His very own people. A people to whom God will reveal Himself so they, in turn, can reveal Him to the rest of the world.

And it worked for a little while. Israel tried to love God and God did marvelous works among them. God’s fame spread and the nations trembled. But then God’s own people rejected Him for the false gods of other nations. They whored after idols, convinced that God wasn’t enough. Instead of worshiping the one true God, they worshiped everything but God.

The Lord sought their attention through various prophets, His mercy ever flowing over a people who didn’t care, but it was no use. As a whole, Israel could not be swayed from their idolatry and continued to reject God with their words, their ways, and their worship. So God rejected them just as He’d promised, exiling them to a foreign land. And with that, the story should have ended.

God Should Have Been Done with Us

The problem is, God had made a promise to Adam and Eve to crush the head of the serpent through Eve’s offspring (Gen. 3). Then God made a promise to Abraham to bless all the peoples of the earth through Abraham’s offspring (Gen. 12). Both were unconditional promises secured by the faithfulness of God alone. So even though the world continued to reject its Creator, God continued weaving His marvelous plan to save us anyway.

How? By offering up His very own Son as an acceptable sacrifice for sin, defeating death, and gifting humanity the option of salvation by grace through faith in Jesus Christ. It’s absolutely absurd when you stop to think about it. From the very beginning, humanity has rejected God over and over. Yet God, rich in love and mercy, sent Jesus anyway.

And here’s what else amazes me: Jesus came. Though He knew humanity’s hatred (then and now) would put Him on the cross, He willingly set aside the glory of heaven to put on the condemnation of mankind.

But tell me, what kind of god would die for a people who hate him, fulfilling promises He sovereignly made thousands of years before? There is only one and He is the LORD God, Creator of heaven and earth.

God Wasn’t Done with Us

It’s truly an unbelievable plot line. But what’s crazier is that this is not a fiction story—it’s our story. God really came in human flesh and walked among us in order to die among us and offer us an eternal trajectory other than hell.

The gospel is truly something to marvel at.

Just before Christ was crucified, He told the Jews plainly of His relationship with the Father. “I and the Father are one,” said Jesus (John 10:30). “For the Father loves the Son and shows him all that he himself is doing. And greater works than these will he show him, so that you may marvel” (John 5:20).

So that you may marvel!

It’s marvelous to think that at one time the Jews approached God only through the priesthood after offering an acceptable sacrifice. And even then, they never knew if God had accepted them. Yet we approach God’s throne with confidence, whenever we want, based solely on the sacrifice of Christ. By faith alone in Christ alone, we are invited, requested, and welcome in the perfect presence of God.

Ours Is a Marvelous Reality

Jesus wasn’t exaggerating when He said we would see even greater works than these so that we might marvel! There is no greater work than sinful humanity presented and accepted in the holy presence of God.

We’re quick to marvel at this world. We marvel at people who make lots of money. We marvel at movie stars and vacation homes and television shows and good singing and athletes and storms and mountains and injustice and people who don’t see life the same way we do.