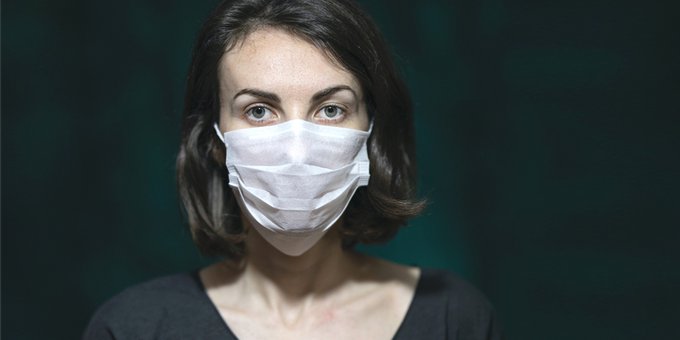 “I can’t believe our church isn’t requiring everyone to wear a mask!”

“I can’t believe our church is requiring everyone to wear a mask!”

“I can’t believe people won’t just love their neighbor and put on a mask already!”

It’s never been easier to get hurt and offended as it is today, it seems. Tensions are high. Divisions are wide. Patience is thin. And no mask is able to cover up the finger-pointing disgust that is spewing from our hearts.

Disgust might feel like a natural response when I encounter someone who thinks so differently than I do—especially when she’s from my own church or family. But I’ve got to consider the effect my disgust is having on me, and on the Church as a whole.

Suppose I think everyone should be masked, but you don’t. Or suppose I think masks are an overreaction, and you don’t. Different opinions like these are acceptable in the Church, but here’s what isn’t: an attitude of disgust toward someone who sees it differently.

Disgust says, I am the right one. My opinion matters most. I matter more than you do. Of course, I would never say these things, but my eye-rolling and finger-pointing say them for me. Even if my face is half-covered by a mask, the disgust in my tone or eyes puts my sense of superiority on full display.

In other words, my disgust puts my sin on full display.

Why Disgust Is Wrong

Jesus once crafted this story for people who “trusted in themselves that they were righteous and treated others with contempt” (Luke 18:9). Sounds like some of the people I’ve encountered in 2020—including the one who stares back in the mirror.

The story was about a Pharisee who was praying in the temple, publicly thanking God that he was nothing like that tax collector over there (Luke 18:9–14). He did everything right. That guy did everything wrong. You can almost hear his sneer of disgust as he glanced sideways at the tax collector, and he fancied God nodding along in agreement. Yet according to Jesus, God saw the Pharisee as the offensive one.

God didn’t give us the rights and wrongs of the Bible so that we could elevate ourselves. When we do so—looking down at someone else in self-elevated disgust—we show that we’re the ones who are wrong.

When I’m so utterly convinced that I’m right and she’s wrong, self-righteous outrage comes naturally. When I fancy God nodding in agreement, like the Pharisee, my perception is sorely skewed. My condescending disgust—whether over masks or some other issue I think I’m right about—proves that I’m the one who is offensive to God.

Perhaps I am right about the issue; I might be. But if I treat others with disgust I’m clearly in the wrong—regardless of where I stand on the issue itself.

Three Ways Disgust Is Hurting You and Your Church

Consider several ways that the disgust on your face or in your tone is hurting you and your church. Then consider what you should do about it.

Suppose you find out that your church is not requiring masks throughout the entire service, which means your husband—who is auto-immune compromised, won’t feel comfortable attending. In your outrage, you spew your disgust all over the church Facebook page, letting everyone know that you will now be attending the fully-masked church down the road because they are obviously far more selfless and invested in loving their neighbors.

Several of your close friends read your post, decide to take up your offense, and leave with you—letting their disgust and anger be known. Several other friends—the ones who disagree with you—are disgusted by your abrasive Facebook post and unfriend you.

See how disgust divides? A tone of disgust shuts down conversations, cancels productive collaboration, and separates friendships that took years to build. Why? Because disgust is rude and demeaning; it drives wedges into relationships. The last thing someone wants to do—after you’ve just reacted in disgust toward her—is invite you out for lunch to continue the conversation.

My friend was out getting some exercise in her city with no one else in sight, when a driver slowed down and yelled (disgustedly) out the window, “You’re so stupid! Put on your mask!” When my friend told me about this, my natural response was, “How dare that driver treat you like that! What was her problem?” That’s when I noticed the disgust in my own tone.

See how disgust triggers more disgust? When I’m dishing it out, disgust feels like a reasonable, measured response. But when somebody looks down on me in disgust, it feels insulting and provocative. All I want to do is voice my disgust toward them—proving that I am the elevated one.

Disgust doesn’t enjoy solitude. When I’m disgusted, I want others nodding in agreement. I want their faces (or Twitter feeds) to mirror my disgust as I say, “Can you believe this? What in the world?!” It’s satisfying to group up with people who agree that I have it right.

Called to Unity, Not Disgust

Sisters, as Christians we are called to love and unity, not pride and division. As a Church, we’re called to make disciples, not push each other away with our polarizing self-righteousness.

Am I saying that Christians should just shrug off right and wrong or replace our resolve for righteousness with resignation? Not for a minute! But I am saying that each eye-roll, horrified gasp, and look of condescending disgust cast toward another image bearer is sinful, and it’s destroying the unity of the Church.

In his letter to the church at Ephesus, Paul urged the believers to walk worthy of their calling “with all humility and gentleness, with patience, bearing with one another in love, eager to maintain the unity of the Spirit in the bond of peace” (Eph. 4:2–3, emphasis added). What a contrast between our calling and an attitude of disgust.

Disgust is writing off, not bearing with. Disgust is the opposite of love; it belittles the other person rather than putting her first. When I cave in to disgust, I’m the opposite of eager about maintaining unity. My disgust breaks the bond of peace.

Jesus concluded his story about the disgusted Pharisee, saying “Whoever exalts himself will be humbled, but whoever humbles himself will be exalted” (Luke 18:14). Like the people in Jesus’s audience, you and I have a choice. The next time you’re utterly convinced that you have it right and somebody else has it wrong, how will you respond? Will you exalt yourself and react in condescending disgust—which Jesus says is definitely wrong? Or will you humble yourself and walk worthy of your calling, eager to maintain unity and peace?

For more on this topic, please check out Shannon’s new study, Comparison Girl: Lessons from Jesus on Me-Free Living in a Measure-Up World.