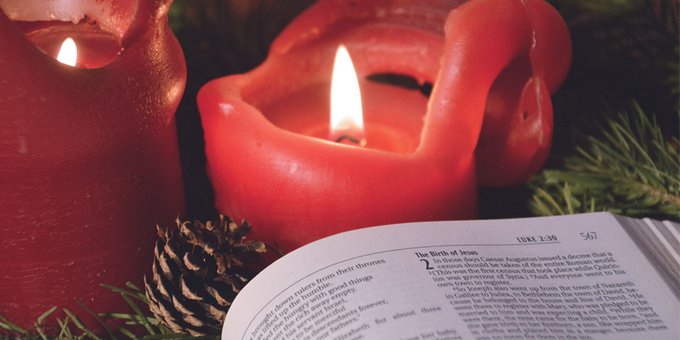 Dear Mary, Could I Ask You a Few Questions?

You don’t know me, but I know your Son, your firstborn, Son of the Most High God and LORD of all the earth. Or maybe I should say He knows me, for it’s He alone who searches hearts and minds (Rev. 2:23). It is He who made me and holds me together. He’s my hope, Mary. “My rock where I seek refuge, my shield and the horn of my salvation, my stronghold” (Psalm 18:2).

What was it like to raise Him, to have the radiance of God’s glory call you “Mother” and the author of life play on the floor in your home? Here’s what gets me: the Son of the living God ate breakfast at your table and said bedtime prayers in your arms. Indeed Mary, “Blessed are you among women, and your child will be blessed!” (Luke 1:42).

Mary, did you suspect that you held the source of eternal salvation in your arms (Heb. 5:9)? Did you believe that you tickled the toes of the Alpha and Omega (Rev. 1:8), played peekaboo with the Savior of the world, and rocked the Overseer of souls (1 Pet. 2:25)? What went through your mind as you tucked into bed the Ruler of the kings of the earth (Rev. 1:5) and kissed goodnight the face of God?

Were you taught as a little girl of the virgin birth to come? “See, the virgin will conceive, have a son, and name him Immanuel” (Isa. 7:14). Could you even fathom that you were the one Isaiah spoke of seven hundred years before, the very one to bring forth the Redeemer (Isa. 47:4)?

Who would have thought the author of life would put on flesh to be the author of salvation? Certainly not me; it leaves me undone every time I think about it. “Taking the form of a servant . . . he humbled himself by becoming obedient to the point of death, even death on a cross” (Phil. 2:7–8 ESV). It’s a story like no other, a story you got to be a part of.

Your immediate willingness to surrender your life to God’s service challenges me. Were you scared? I would have been terrified. They could have stoned you when they found out you were with child yet only betrothed. I probably would have hidden. You did for a while, escaping to be with Elizabeth, whose greeting must have welcomed you like the fullness of spring.“Blessed are you among women, and your child will be blessed!” (Luke 1:42).

She knew! Elizabeth knew! What a precious moment that must have been for you when the Holy Spirit moved within Elizabeth and the baby leaped in her womb—the miracle baby we know as John the Baptist. God was weaving a beautiful story through you and Elizabeth. A story that involved pain and required surrender for your little ones yet offers peace and reconciliation, mercy and grace for the rest of us.

I can only imagine how sweet your time together was. Did you sip hot tea while Zechariah played his part, silently mouthing the Scripture bombarding his eager heart? Did that time prepare you for what was to come? God was so kind to give you Elizabeth. But then the day came for you to go home and face a future over which you had no control. (As if any of us do.)

How nervous were you to tell Joseph? Did you beg him to listen? Did you beg him to stay? Initially, he didn’t believe you. How could he? A pregnant virgin? Nothing like that had ever occurred before. After your talk with Joseph did you sit in confusion? Did you wonder what God would do next?

Though relief must have met you the day of Joseph’s dream (praise God!), the misjudgment you received from others couldn’t have been easy. How many of your neighbors painted you an immoral girl? Did your parents believe you? Did Joseph’s parents understand, or was it a whore of a daughter-in-law they thought they got instead?

On top of all those feelings, what did you think when Caesar Augustus mandated a census? Did the decree take you by surprise, or did you recall the prophecy of Micah 5:2? Did you understand it was all part of God’s plan, or did you beg for Joseph to find another way? No matter, you had no choice but to ride south on a donkey or perhaps in a cart for nearly ninety miles, ankles likely swollen and a full-term baby pressing on your bladder all the way uphill to Bethlehem.

How scared were you when the first contraction came? Did you try to hide it when those unfamiliar pains seized you? What went through your mind when no one would open their door as you counted and recounted, then lost count as the contractions began to meld into one?

Wake up, Bethlehem. Your time in history had come, yet there was no place for you to have God’s sweet and precious Son. Was Joseph angry? Could you hear it in his voice? Did you plead with him to hurry? By that point, perhaps you didn’t even mind that all he could find was an animal shelter with a manger in which to welcome the King of Glory.

Where was the fanfare? The birth long-anticipated since the garden of Eden had come, and this is how the Messiah enters the world? The man who would strike the head of the serpent splits the silence with his tiny baby cries, and the only ones aware are a choir of angels and a few meager shepherds tending their flocks nearby. It doesn’t even make sense.

I imagine that none of it happened the way you expected when Gabriel first appeared to give you the plan. But I have a feeling it didn’t matter once you held Christ’s tiny hand. Could you sense the magnitude of the moment? Could you feel the presence of heaven standing by? Did you have any idea that all the world would pivot into a new era of time?

And it all happened, didn’t it? It’s all true. I know it is. At times it’s hard to fathom that the God of all creation would leave the glories of heaven for the confines of the earth. What a beginning, and what an ending. Only an unconditionally loving God would go to such lengths for people like us. But you were there, and you saw it all. You brought Him into the world, and then you watched them take Him out. As a mother, I don’t know how you did that. I can only imagine the gut-wrenching agony of watching your precious Jesus hang on that cross.

But that’s why He came. He came to save us, and that’s what He did because He is faithful.

I look forward to meeting you someday and talking as only mothers can. We shall praise the name of Jesus together. Until then, Mary, I’m holding tight to the precious boy that you raised to be a man.