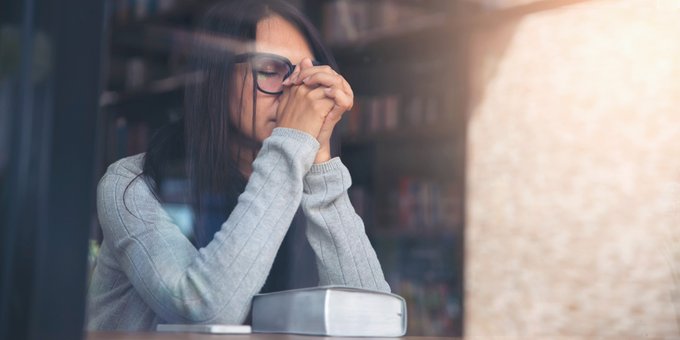 Crushing the Idol of Control

King Asa wasn’t an idolater like his father, Abijam. In fact, he did much to rid the southern kingdom of Judah of its pagan idols. But he was an idolater all the same. And he had the diseased feet to prove it. You can read the account for yourself in 1 Kings 15 and 2 Chronicles 16. Asa’s idol wasn’t Baal or an Asherah. It wasn’t Dagon, Ra, or Zeus. It was control.

He neglected, and later refused, to seek the Lord for help in battle (1 Kings 15:16–22; 2 Chron. 15:1–9) and for healing from a severe disease afflicting his feet (2 Chron. 16:12). He used his own wit to get out of the sticky political situation, and he sought help from doctors but not from God. It’s certainly no sin to consult doctors. Medicine—whether ancient or modern—is a gift of God’s common grace. But Asa’s attitude of neglecting God showed that he wanted to be in control.

Of course, it’s not just kings who worship this idol. You and I do too.

We’re in the middle of a three-part series on what I’ve termed the “root idols” of our hearts. While our hearts can turn any good gifts into idols, when we trace any of those surface idols down to their core, we’ll find one of three idols (or possibly a mixture thereof): approval, comfort, and control. In a way, this is good news. Three enemies are easier to keep track of than a hundred. But it’s tricky as well because these idols are so good at cloaking themselves. They’re so ubiquitous in our lives and in our society that they can go undetected. Unless we deal with them at the root level, they’ll find another way to bear fruit.

Today we tackle the third in the list: control.

Like its comrades, approval and comfort, control can bear many different fruits. To put it another way, two people equally devoted to the god of control may manifest that idolatry in completely different ways. This list is not exhaustive, but hopefully it will help you identify where you’ve been bowing to control.

Any red flags go up in your mind? Mine too. Let’s think through what to do next.

The god of control is truly diabolical. I mean that in the most literal sense of the word: it is straight from Satan himself. Lucifer, the angel of light, aspired to usurp God’s position—to gain total control for himself. We learn this in Isaiah 14:

You said to yourself,
“I will ascend to the heavens;
I will set up my throne
above the stars of God.
I will sit on the mount of the gods’ assembly,
in the remotest parts of the North.
I will ascend above the highest clouds;
I will make myself like the Most High.” (vv. 13–14)

Adam and Eve bought the same lie when they partook of the fruit—that they could “be like God” (Gen. 3:4–7). Speaking of this desire, Bible teacher Jen Wilkin said this:

So the finite reached to pluck the infinite from a low-hanging bough, and human history began its corrosive pattern of God-rivalry, pitting and eroding every peak and crevice of creation with the relentless repetitions of that first grasping, the long-armed reach of the human aspiring to the divine. So it has been ever since: human beings created to bear the image of God instead aspire to become like God.1

We want to be God. Frankly, we believe that we could probably do a better job if we were just given the chance—maybe not to rule the whole universe, but at least our own little corner of it.

This satanic attitude must be put to death.

As with all idols, a fundamental path to a renewed mind is to study God. To exterminate the idol of control, you must recognize the awesome sovereignty, immensity, infinity, eternality, and majesty of God.

Jesus performed many miracles while He walked on earth, and I would love to have witnessed some of them. Whether healing a person who had been crippled or blind for most or all of their life or turning water into wine or calming the violent sea, His miracles got the attention of the multitude. But none of the Gospel writers portray Jesus as a showman. They each portray Him as the Lover of Souls. The most remarkable thing about Jesus of Nazareth wasn’t His miracles. It was—it is—His love for people.

The idol of control twists people into obstacles or outcomes.

The idol of control twists people into obstacles or outcomes. They’re pawns or roadblocks that need to be dealt with appropriately. Jesus never treats people that way. He didn’t in the Gospel accounts, and He doesn’t today.

He never postured for control.

He noticed the downcast.

He moved toward the weak.

He invited the weary.

He bore the sins of the wandering sheep.

My friend, if you and I want to put the idol of control to death, we must stop treating people like hurdles in our path to success and start seeing them as eternal souls created in the image of God.

So, what now? Just reading these few feeble words will not suffice to smash the idol of control in your heart. At best, they’ll just bruise it for a little while. If you want to go after it with a sledgehammer, here are a few ideas to get you started.

Are you grateful for articles like this that take you straight to the pages of Scripture for answers to tough issues like idolatry? The content you find on ReviveOurHearts.com is made possible by Monthly Partners—friends of the ministry just like you! As we seek to reach more women and help them thrive in Christ, we’re looking for more Partners to join the Monthly Partner family. Will you help? For more information, please visit ReviveOurHearts.com/Monthly-Partner.

Previous Post Parenting after Pride Month: Five Handles to Hold On To
Next Post Ease into the Bible: Chapters, Verses, and Their Five Avoidable Challenges
Store Donate Now My Account