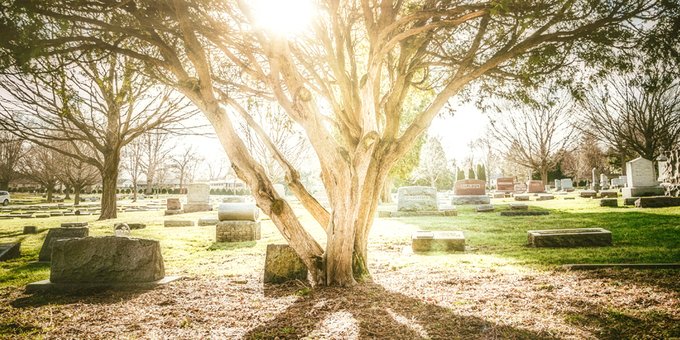 I’m writing to you today with a simple message: Do not be proud. I realize that you have some reason for pride. You have had your way with nearly every human ever to live. (Do Enoch and Elijah keep you up at night?)

You have done some of your finest work through wars throughout history. You have claimed the lives of countless millions on the battlefield and in the trenches. From trebuchets to bayonets, assault rifles, grenades, and IEDs, you have never lacked a weapon with which to snuff out the breath of soldiers from every corner of the globe during every century. Of course, you haven’t limited your work to soldiers, even during wartime. Through the corruption of tyrants and demagogues, you’ve also managed to terminate millions more innocent victims simply for sport. I’m sure you look back with fondness on the success of Stalin’s “Great Purge” and Hitler’s Holocaust.

But your mastery isn’t limited to wartime. Some of your greatest work has been done through physical or mental illness. Employing cancer, heart disease, strokes, and degenerative disorders such as MS, ALS, and Alzheimer’s, you’ve robbed families of loved ones years, perhaps decades before they were ready to say goodbye.

The list could continue with your masterful use of violence in the streets, abuse of drugs and alcohol, vehicular and machinery accidents, fires, natural disasters, starvation, malnutrition, and suicide. Yes, for good reason, you could certainly be called “mighty and dreadful.”1

You have laughed in derision while taking the lives of an estimated sixty-two million unborn babies in America in the last forty-nine years.2 That number roughly equals the combined population of two of America’s most populous states: California (39.6 million) and Florida (21.9 million)3. Sixty-two million souls have slipped into eternity at the hands of their parents who have chosen to end the life of an unborn child, guilty only of the sin of being conceived. Well done, Death.

You’ve also done quite a number on the church. Beginning with John the Baptist (Matt. 14:1–12) and Stephen (Acts 7:54–60), you’ve only ratcheted up your work in recent times. The twentieth century set a new record for Christian martyrs—in fact you took the lives of more believers in Christ in those hundred years than in all of the past centuries combined.4 Last year alone you sent over four thousand people to the grave merely because they claimed Christ as their Lord.5

You’ve ended the lives of countless believers after years of suffering—battles with leukemia, brain cancer, polio, and any other number of physical ailments. Thinking that you’ve gained the upper hand on them by finally allowing the disease to end their lives, you’ve dusted the dirt off your pants and sat back to consider the fineness of your handiwork.

But no greater exploit did you execute than the crucifixion of the only truly righteous Man, the man Christ Jesus. You laughed in ecstasy as the sun went dark that Friday afternoon, long before sunset. As Jesus cried out to His Father, “Into your hands, I entrust my spirit!” (Luke 23:46) and the earth began to shake, you celebrated. Finally, your victory had been won. The world and all its people would now be yours to rule for all time.

O Death, do not be proud.

Your greatest victory turned out to be your greatest defeat. As the sun came up three days later, the secure tomb guarded by sentries and stone had given up its one resident. In His place sat an angelic messenger proclaiming the glad tidings: “He is not here. For he has risen, just as he said” (Matt. 28:6). From that moment and for all of eternity, your victory was swallowed up in defeat.

You are now the companion of loss. Satan, your greatest ally and the Church’s greatest enemy, is nothing more than a disarmed combatant (Col. 2:15).

The serpent’s heel-stinging victory lasted but three days; Jesus’ head-crushing blow will last forever and ever.

The promise issued thousands of years ago has come to pass. The serpent’s heel-stinging victory lasted but three days; Jesus’ head-crushing blow will last forever and ever (Gen. 3:15; Rev. 20:10).

Not only do you fight alongside a hopeless comrade but you fight against saints endowed with resurrection power. The authority that raised Jesus from the grave and wrested victory from your clutches now energizes the saints who call upon the name of the Lord (Eph. 1:17–21).

This power residing in followers of Christ zaps you of your greatest weapon: fear. Men and women siding with King Jesus no longer fear you. They recognize that all you can do is end their life on a sin-cursed planet. You have no power to alter their eternal residency in the new heaven and new earth. Once a person has come to realize this fact, all of your scare tactics dissolve into nothing more than harmless, juvenile pranks.

Resurrection power dwelling within born-again Christ followers also gives them a renewed hope. They no longer pine for perfect earthly bodies. They willingly surrender their perishing vessels of clay to you, knowing that for eternity they will enjoy a glorified body tailor-made for them—a body that will never suffer decay, decline, or disease. With joy and gusto they sing, “The body [death] may kill; God’s truth abideth still. His Kingdom is forever.”6

O death, do not be proud. Your leash is short, your reign is limited, and your defeat is certain.

Previous Post Your Body Will Be Whole: A Physician’s Thoughts on Heaven
Next Post We Know His Name