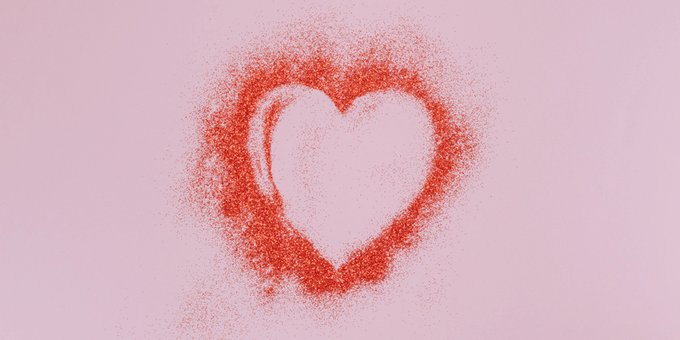 A Word for the One Dreading Valentine’s Day

I’ve probably seen one too many rom-coms, but the dream I had for what my first Valentine’s Day as a married woman would look like and the reality of that day were two very different things. Instead of a Hallmark card affair, the day turned out something like this.

After being sick for a few days, my husband of just four months thought he was getting better. He got up Valentine’s morning as I was getting ready to head to work and gave me a kiss. A few seconds later, I went into our room and looked at my phone to find a text message from a friend informing me that a man in our church had lost his years-long battle with cancer. As I was processing this news, I heard a crash in the kitchen. I rushed in to find that my supposedly on-the-mend husband had just passed out and landed on the tile floor. Because of responsibilities at work, I had to leave him for the day. (Thankfully, he was just dehydrated and survived without any other fainting incidents.) He recovered, and that weekend we went out for our first married-couple Valentine’s date. I would give you more details about the evening, but they’re pretty fuzzy because by then I had a fever of my own and would eventually end up spending the night on the couch in misery due to my sickness.

I tell you this story because maybe you’re facing a Valentine’s Day doomed to fall short of Hollywood’s or Hallmark’s depictions. Whether you’ve never been married, are living in a difficult marriage, or had a marriage end through death or divorce, I have one word of exhortation for you today: Persevere. The best is yet to come.

In discouraging seasons, our enemy loves to keep our gaze fixed on the here-and-now by peddling the lie that our circumstances are permanent. He also often adds a dose of the subversion that God is to blame for our trial and therefore cannot be trusted. Before we know it, the wily serpent has moved us away from the lifeline that can save our sinking ship.

If your circumstances this February have you in a state of spiritual malaise, persevere in godliness. By godliness, I don’t mean an outward conformity to a list of rules. “Godliness” is a life lived in constant awareness of God’s presence. It’s a mindset that looks up instead of in, that looks to eternity instead of the past, that trusts God’s providence instead of doubting His goodness.

Don’t know where to start? Try the Psalms. The longest book in the Bible covers the gamut of human emotions. Start reading and don’t stop until you find a psalm that matches how you’re feeling. Then stay there. Meditate on what it tells you about God—His character, His promises, His actions. After soaking in truth for a while, turn the psalm into a prayer. Perhaps a hymn of praise. Or maybe a song of lament. Either way, allow your heart to be turned upward.

Maybe your problem this Valentine’s Day isn’t a hurting heart. Maybe you’re single and you like it. That’s great. No one ever said that you had to be miserable as an unmarried person. My message to you is the same: persevere in godliness.

The world system wants to sell you on the fallacy that this life is all there is.

“Get while the getting’s good.”

“Eat, drink, and be merry, for tomorrow we die.”

Though these worldly slogans appeal to us all, they typically resonate most strongly with the young and unattached. The world is your oyster, they tell you. Do with it what you please.

Don’t allow the world to divide your affections. Christ taught that you will not successfully keep one foot in each camp. Eventually, you’ll abandon one to pursue the other whole-heartedly (Matt. 6:24). So, single sister, persevere in godliness. Take time to meditate on God’s Word and set your affections on things above (Col. 3:2).

In the words of an old hymn,

This world is not all we’ve got. In fact, it’s the shortest life we’ll ever live.

Turn your eyes upon Jesus.
Look full in His wonderful face,
And the things of earth will grow strangely dim
In the light of His glory and grace. 1

This world is not all we’ve got. In fact, it’s the shortest life we’ll ever live.

People are the worst. We all know it, so let’s just be honest about it. We’ve been hurt, double-crossed, abused, or abandoned by someone we trusted and cared for. Even our Savior Himself experienced pain at the hands of His closest friends. Because sinners hurt one another, we’re often tempted to back out of deeply personal relationships. We’ll be friendly, of course, but an arm’s length is close enough. We like to keep conversations at the surface level, never diving deeper than the weather or headline news. I don’t know how you’ve been hurt by another person, but I do know that as grievous as that hurt may have been, you still need other people.

You need to persevere in relationships.

Fight the urge to maintain superficial friendships; instead forge relationships of eternal consequence. Maybe you need to reach out to your twelve-year-old niece or befriend the neighbor kid next door. Maybe an elderly woman at church could use your companionship. Or perhaps that young mom with three active kids would love nothing more than to have a grown-up chat about something other than diapers, potty training, or Paw Patrol. Look around and see whose life you could enter, and then boldly knock on the door (or send the awkward text message).

Relationships, even among Christians, come with risk. But we cannot allow that risk to prevent us from pursuing others. To do so is to ignore a plethora of commands in Scripture that can be fulfilled only within a relationship:

If the last two years of shut-downs and quarantines have taught us nothing else, they’ve taught that we need one another more than we’ll ever know.

Don’t give up on other people. Persevere in relationships.

Persevere with Your Church

Church is hard and sometimes heartbreaking. Depending on the demographic makeup of your church, you may feel like an old maid if you’re single. I know because I have been there. For many years I attended a church of over two hundred as one of if not the only single (man or woman) in my age bracket. Sometimes it wasn’t a lot of fun. If I’m honest, though, even now that I’m married with two small children, church is still not always a ton of fun. Sometimes I still have a hard time finding a place to belong. There are still things that I like to complain about. And still things that hurt my heart.

All of us could share story on top of story of different ways churches have gotten it wrong. Sadly, it happens all the time, regardless of what time zone you live in. I realize that sometimes circumstances mandate a change of church, but more often than not, we’re called to dig in with the same bunch of sinners Sunday after Sunday, month after month, year after year. Even when it’s hard.

I could give you dozens of reasons to commit to your church and to make that local assembly your family, but I want you to walk away with just this one:

You need a haven of rest from the world that only a church community provides.

We all spend most of our week breathing in the world’s air through ads we see online, movies we stream, books we read, and social media we follow. We live in the world. And that’s how Jesus intended it (John 15:19). However, God has also sovereignly ordained a weekly gathering of believers outside of that world system. When we participate in worship alongside our brothers and sisters in Christ—even if they seem to have nothing else in common with us—we are temporarily free from the lies and opposition of the world. We get to reload our weapons and shine up our armor so that we’re ready for another week of battle.

When you give up on your church, you head into the war with your shoes untied and your gun unloaded. You may get away with that for a while, but it won’t take long before the enemy begins to make significant inroads in your life. Don’t give him that opportunity. Stay in the trenches with your church family. It’s hard and messy, but it’s necessary and good.

1 “Turn Your Eyes Upon Jesus” by Helen H. Lemmel