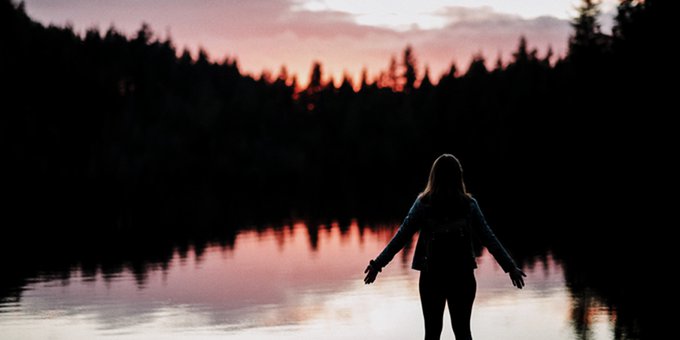 A Song for All My Days

I live with a toddler who is currently obsessed with one particular song from one particular movie. I’m convinced that he would listen to this song on repeat for days at a time if his father and I would let him. Requests for “Mack Song” (known by some as “Life Is a Highway,” made popular with the twelve and under crowd in the movie Cars)are constant—in the car, at the lunch table, and any other time the notion enters his head. It has become his theme song, at least for this period of his life. (But it will pass, right?)

Psalm 92, written to describe what true, godly flourishing looks like for a faithful believer in God, finishes with what ought to be the theme of our song, from youth to old age: the justice of God. “They [the righteous] will still bear fruit in old age, healthy and green, to declare: ‘The LORD is just; he is my rock, and there is no unrighteousness in him’" (Psalm 92:14–15).

The LORD Is Just

As Americans, we believe in “liberty and justice for all.” In the past several years, many have taken to the streets to champion what they call “social justice.” We even have law firms dedicated solely to the fight for justice in cases of persons who have been wrongfully incarcerated. Any justice meted out by us sinful, fallible humans suffers under the curse, just like the rest of creation (Rom. 8:22). Any hint of justice we enjoy is but a shadow of the perfect justice found only in God. Though it would rarely be defined as such today, A. W. Tozer notes that the biblical concept of God’s justice cannot be separated from His righteousness.1 To call God just is likewise to claim that He is righteous, upright, and without blame.

As the just King, God never rules in an unjust or unrighteous manner. He never makes underhanded, deceitful, or spiteful decisions. He doesn’t act in malice or in caprice. He governs only, ever, always in perfect righteousness and justice.

As the just Lawmaker, God makes no arbitrary rules. Though some of the Laws in the Old Testament may appear foolish to our modern ears (Why can’t we have two types of fabric in one piece of clothing?), each flowed from an upright Lawmaker who made each ordinance in perfect harmony with His character. Even the most baffling laws to us are perfectly righteous and just.

As the just Judge, God never assigns a faulty verdict. He will never hear an appeal because no trial could ever be accused of a miscarriage of justice. He knows every fact and never errs due to bias or partiality. He doles out punishments that fit the crime in perfect, upright, retributive justice, never allowing the guilty to go unpunished, nor the innocent to be convicted.

In the summer of 2020, a movement to tear down statues of historical figures gained popularity. It began with a cry to topple statues of Thomas Jefferson, a known slaveowner, but eventually threatened the likenesses of even Abraham Lincoln, the emancipator of the slaves. In each case, a skeleton of some type was found in the closet of the venerated figure. I bring this up not to debate what, if anything, should be done with these statues but to remind us that we humans are not what Tozer calls “morally equal.”2 None of us are equal to a moral attribute. Abraham Lincoln, though remembered for his impressive track record with honesty, was not equal to honesty. No doubt, at times in his life, even “Honest Abe” prevaricated in some way.

Because He is “morally equal” to His character, He never acts outside of Himself. No skeletons lurk in His closet, He has no cover to be blown, nor mistakes to be buried. He is a just, trustworthy, unchangeable Rock.

The Just and the Justifier

Though many innocent people have no doubt been sentenced by corrupt and prejudicial judges, their stories pale compared to Pilate’s sentencing of Jesus of Nazareth. Although the governor of Judea knew for certain that Jesus had committed no act worthy of incarceration, let alone death, he sentenced the carpenter to Rome’s must violent and excruciating form of capital punishment: crucifixion.

The soldiers flogged and mocked the disgraced Teacher. They gambled for His clothes and pulled out His beard. They derided Him for claiming to be King of the Jews, shoving a crown of sharp thorns on His head and dressing His bloody body in a purple robe. After He finally reached the top of Mount Calvary, where the execution would be carried out, the soldiers drove the nails into Jesus’ wrists and feet to transfix Him to the cross where He would eventually die, not of blood loss or trauma but asphyxiation.

Still, as heinous as this form of punishment was, it’s nothing compared to what God, just and righteous, did in pouring out on His Son the fullness of His wrath against all sinners for all time. A punishment it would take you or I eternity to endure, the Messiah absorbed in just three hours.

While on its face this may seem like a cosmic failure of God’s justice, it’s actually just the opposite. Because God can never let the guilty to unpunished, He cannot and will not ever overlook sin. The cross is where God’s righteous justice comes face to face with His mercy.

In His mercy, He desired to redeem sinners. In His justice, He allowed His Son to be crucified to make that possible. Jesus may have suffered injustice at the hands of Herod and Pilate, but before His Father He stood as a willing substitute who bore the punishment that you and I deserved.

In Romans 3, Paul explains it this way:

For all have sinned and fall short of the glory of God, and are justified by his grace as a gift, through the redemption that is in Christ Jesus, whom God put forward as a propitiation by his blood, to be received by faith. This was to show God's righteousness, because in his divine forbearance he had passed over former sins. It was to show his righteousness at the present time, so that he might be just and the justifier of the one who has faith in Jesus. (Rom. 3:23–26 ESV, emphasis added)

A Song Forever on My Lips

If we could conduct a survey to catalog God’s attributes from most popular to least popular, His justice would no doubt fall to the bottom of the list. The thought of His exacting retribution on His enemies does not sit well with us. We prefer to think of Him as a “warm, fuzzy Daddy God,” “the Man upstairs,”3 or a benevolent Santa-figure who exists to give us whatever we want. As soon as we begin to come to grips with the idea that He is righteous and just, we must also admit that we will be found guilty in His courtroom. It may be surprising, then, that the attribute the psalmist wants to declare for all his days is God’s righteousness.

Wouldn’t it make more sense to declare His love? Or His grace? Or His patience?

Those attributes would certainly make excellent songs to lift up to God from youth to old age. However, when we declare His justice, we remind ourselves of several things:

Maybe God’s justice isn’t such a weird song to sing after all.

“They [the righteous] will still bear fruit in old age, healthy and green, to declare: ‘The LORD is just; he is my rock, and there is no unrighteousness in him’" (Psalm 92:14–15).

3. This is Jen Wilkin’s phrasing, and I love it!

Several of our blog team members will be at Revive ‘21 in Indianapolis October 8–9. We’d love to see you there!
Can’t attend in-person? Great news: Erin Davis, Portia Collins, and Dannah Gresh from the Grounded videocast will bring the conference straight into your living room with Revive Online.
Register today at Revive21.com!
Previous Post Relationships 101: One Young Mother’s Journey to Love
Next Post The Armor of God: Covered by His Righteousness