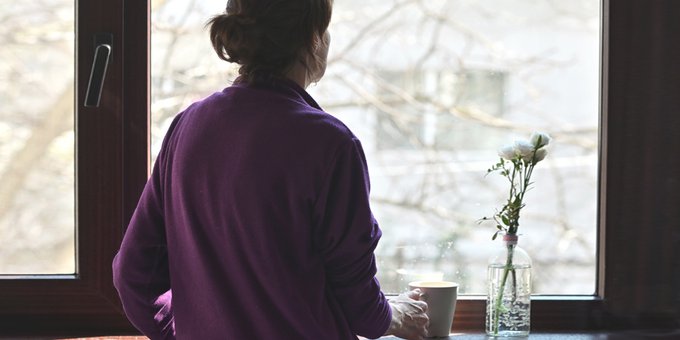 When asked to write on a passage from James, I have no idea what prompted me to choose this one. “James 5:7–12: Patience in Suffering,” the heading said. Hastily, I entered my name next to the passage, thinking about some suffering or another I could map and dissect, then tie with an imperfect, yet tightly-knotted bow.

That was a few weeks ago, you understand, roughly thirty years in COVID-19 time.

For six days, I considered what to say, exactly, on a topic such as this, at such a time as this. I don’t know what I was waiting for—perhaps for my suffering to begin? For my suffering to end? To find out if being deprived of my cushy-ripple Cottonelle had touched the outer limit of God’s hedge of protection around me? This far and no farther.

Probably, most likely, I hoped it would be over by now. Have we peaked yet? Did we flatten the curve? Have the lost been lost, now? Is it time to recover now? Please, can we just get on with the suffering, already, so we can bear it and move on with living?

But these are silly, childish thoughts, for I have not yet begun to suffer the effects of this virus itself, but of endless charts, numbers, news cycles, and some mild disappointment. I shouldn’t be surprised at myself. I’ve always been an impatient patient.

Yes, you know the type: I want to do all the chores now so I can have all the fun later. I’ve had six babies, four labors long and hard, two fast and furious, and I will take fast and furious any day of the week. If I’m going to suffer, then you’d better make it quick. I can put up with anything, so long as I know how long it’s going to last and how bad it’s going to get. Anything.

(I trust you see the problem here.)

Turns out, that’s not how it works in God’s economy. Turns out He is sovereign over the how, the how long, and the how bad. “Be patient,” James says, “until the coming of the Lord” (5:7). Yes. Okay. I can handle that. There’s an end, right? The coming of the Lord.

Well, yes, but not necessarily now. And not necessarily soon, at least not by a human calendar. “See how the farmer waits for the precious fruit of the earth, being patient about it, until it receives the early and the late rains. You also, be patient” (James 5:7–8).

The fruit of patience.

Are you a farmer? I’m not, but I’ve done a bit of gardening, and I know this: A quick downpour—that wall of coal-colored rain that you see approaching from the west—can briefly satisfy your thirsty crops, lift a tired stem and green yellowed leaves, coming and going in thirty minutes’ time followed with a burst of sun as jolting as thunder. Then two hours goes by at a temperature of ninety degrees. Did it ever rain at all?

A plant needs roots that are established. Grounded. Steadfast. And how does that come to be? Not in a hundred cloudbursts and scorching summer air, but in a thousand moments of cool, constant, steady, soaking rain, the kind that’s so persistent it prickles your skin, but gently, all at once. The kind that gives leaves a firm, controlled shake (“this far and no farther”), saturating the ground, establishing deep, strong roots.

James knew this. And God knows us. “Establish your hearts,” he said, “for the coming of the Lord is at hand.”

Do not grumble against one another, brothers, so that you may not be judged; behold, the Judge is standing at the door. As an example of suffering and patience, brothers, take the prophets who spoke in the name of the Lord. Behold, we consider those blessed who remained steadfast. You have heard of the steadfastness of Job, and you have seen the purpose of the Lord, how the Lord is compassionate and merciful. (James 5:8–11)

He knows our longing for the fast labor, the brief storm. He knows that we will grumble and bicker about who gets to use the laptop first and who gets the relief check first, about big corporation bailouts, small business salvation, and all the other things that matter much, much less when we sit at a bedside—or worse, when we can’t sit at the bedside—of a loved one who is breathing by the grace of God and a ventilator.

Still, the impatient patient in me wishes we could throw caution to the wind and go to Disney for my son Jonah’s senior trip, have a giant graduation party, and worship together, in the flesh, at the biggest, gospel-est Easter service of all time.

Let the curve do its thing, the impatient patient cries, Let’s just get this done!

Yet, I know that’s not what’s best. For my neighbor or for my heart. James reminds me of the prophets, who believed though they did not see; of Job, who remained steadfast under suffering that would cripple many a strong man; of the Lord God. Oh, the compassion and mercy He has shown me again and again and again! Oh, how I need to remember (James 5:10–11).

And so, women of the Word, we are being called to suffer long. For how long? We don’t know. How bad? We don’t know. By the time this post is published, the coronavirus might well bring me to my bed, but may it bring me to my knees. May it bring you to your knees, with open hands ready to receive the precious fruit of your longsuffering and embrace it only long enough to cast it upward in praise to the Father, in the name of the Son, and by His Spirit.

Above all, sisters, we have time to tell the truth. James said, “Do not swear, either by heaven or by earth or by any other oath, but let your ‘yes’ be yes and your ‘no’ be no, so that you may not fall under condemnation” (5:12). Until we draw our last breath, be it next month or in fifty years, may we always tell the truth.

And about the God who is good to send down showers of suffering that we might be drawn up into His arms established, rooted, and secure.

May the God of hope who is our peace be with you. May the distance of our homes be no match for the closeness of our hearts as we rely on Him for strength. May the grimmest of predictions be wrong. But if not, He remains.

An Exhortation for the Planners and the Prospering: James 4:13–5:6

Our Tongues Are All in This Together: James 3:1–12

The Evilness of Favoritism: James 2:1–13

God Hasn’t Distanced Himself from Us: James 1:1–18