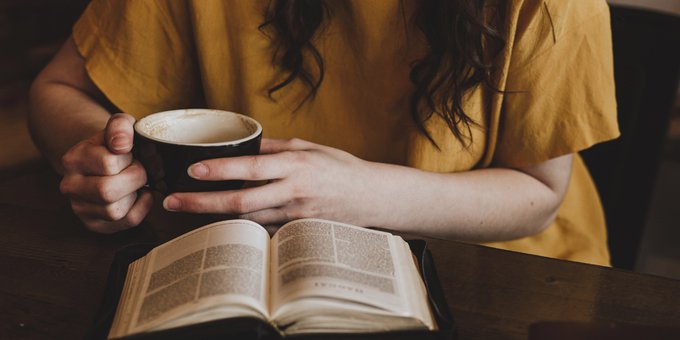 Canaan. The Promised Land. The land flowing with milk and honey. For any agrarian society, having fertile and fruitful land means wealth and security. A threat to the land is a threat to a people’s livelihood. Therefore, land was a fitting reward for God’s obedient people, and the people’s removal from the land a fitting punishment for rebellion.

Before they ever entered the Promised Land, Moses warned the people of what would happen if their hearts turned away from the one true God. Deuteronomy 28 contains over fifty verses of consequences that would await Israel: cursed produce, cursed offspring of the herds, pestilence that would consume the land and the health of the people, enemies that would arise and conquer the land, madness, blindness, and, oppression, just to name a few (Deut. 28:15–68).

God’s steadfast love and patience with His people’s rebellion through the next several centuries of Israel’s history is staggering. It didn’t take more than roughly 100 years for them to forget all about the Law, yet God continued to show mercy when the people cried out, sending judge after judge and prophet after prophet who delivered them from oppression, implored them to repent, and warned them of what would come as a result of persistent sin.

Eventually the nation would split, and both kingdoms would be taken into exile. Those in the northern kingdom, known as Israel, would be defeated by the Assyrians. Judah, the southern kingdom, would last a bit longer but eventually fall to Babylon. The Promised Land would become a shell of what she was, the Temple looted by Nebuchadnezzar and the wall of the city reduced to rubble, while many of God’s people would be deported to Babylon.

Yet none of this was the worst part of God’s judgment of His people. The shepherd-prophet Amos foretold what might just be the most haunting prophecy in all of Scripture:

"Behold, days are coming," declares the Lord GOD,
"when I will send a famine on the land,
not a famine for bread or a thirst for water,
but rather for hearing the words of the LORD.” (Amos 8:11)

God told them a famine was coming. Not a lack of rain and poor harvests, but a famine of the Word of God. From the beginning, God had spoken with His people. At first, through only the spoken word. Adam, Noah, and Abraham didn’t have access to any written copies of His Word, but God somehow spoke audibly with them. This direct form of communication would continue until Moses wrote what we know as the Pentateuch: Genesis, Exodus, Leviticus, Numbers, and Deuteronomy.

From that point on, the people would always have those five books of words from God, but His revelation was ongoing as well. God inspired numerous authors to pen the history of Israel, psalms, wisdom literature, and, of course, prophecy. For millennia, the people had had communication with God. Until one day, it stopped.

No more prophets telling them to repent.

No more prophecies of the coming Messiah.

No more psalms added to the psalter.

To put that in perspective, four hundred years ago William Shakespeare had recently died (1616), the Authorized Version of the Bible (KJV) was the hip, new translation on the street (1611), and the Mayflower had just landed at Plymouth Rock (1620). Four hundred years is a very long time.

Amos prophetically tells us what it was like during the time of silence:

They shall wander from sea to sea,
and from north to east;
they will go to and fro, to seek the word of the LORD,
but they shall not find it. (8:12)

The people weren’t ambivalent about not having God’s Word. They were devastated and totally lost without it.

But then, after four long centuries of silence, a Word came from heaven.

Hebrews opens by telling us,

Long ago, at many times and in many ways, God spoke to our fathers by the prophets, but in these last days he has spoken to us by his Son, whom he appointed the heir of all things, through whom also he created the world. (1:1–2)

But it gets even better. This Son, the author says, “is the radiance of the glory of God and the exact imprint of His nature” and “upholds the universe by the word of His power” (1:3).

The Word Made Flesh, better than the angels, better than Moses, better than the Law, better than the priests and all their sacrifices, came to “save forever those who draw near to God through him” (Heb. 7:25). And because of His new and better covenant, we will never stagger aimlessly looking for the Word of God, because it is written on our hearts:

For this is the covenant that I will make with the house of Israel
after those days, declares the Lord:
I will put my laws into their minds,
and write them on their hearts,
and I will be their God,
and they shall be my people. (Heb. 8:10)

Hallelujah! The famine is over!

But do we live like it’s still going on?

Leave the Famine, Join the Feast

We don’t suffer today from a famine of God’s Word. We have a feast of it. We have free access to dozens of Bibles translations on our phones. Google any passage, and a blitzkrieg of free resources will pop up. Christian publishers offer hundreds of good books with solid teaching every year. Helpful Christian podcasts are available in gross. Print Bibles come in every shape, size, color, and cover-type imaginable and are available almost everywhere.

Yet, with all of this bounty of Bible blessing, I wonder if we sometimes still act as if we’re living in the famine. We who have been given the Word of the Father, the complete revelation of Scripture, and the very words of the Law written on our hearts are prone to live like the Word is scarce. We make time for all sorts of other things: Netflix, social media, “fun” books, maybe even Christian books—but do we make time for the Word?

This year, allow me to challenge you to dine on the feast that we have been given. Praise God, the famine is over! Now it’s time to dig in!