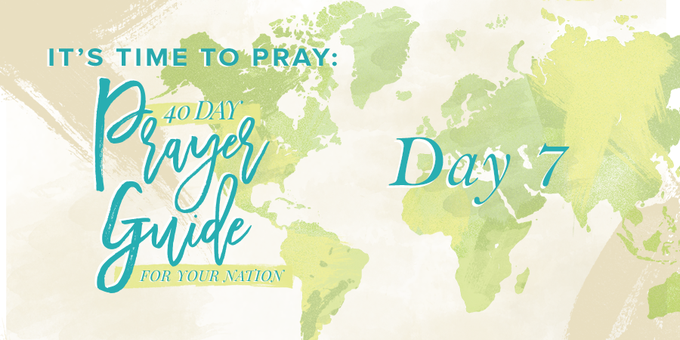 "Do not be afraid of them; the Lord your God himself will fight for you." ~Deuteronomy 3:22

Yesterday's devotion also addressed the vital topic of national fear. Fear can paralyze a nation, or cause it to react in inappropriate ways. President Franklin Roosevelt understood that. When addressing a nation mired in the Great Depression, he reminded the people that the only thing they had to fear was fear itself. God gives us a very direct command when faced with enemies: "Do not be afraid of them." Don't give in to fear!

There is a very real reason why Israel in Moses' day was commanded not to fear. God Himself had promised to step in and fight on their behalf. They still had many battles ahead of them, but God had agreed to intervene in those battles for them. This promise can only be appropriated when a nation has committed itself to honor God and follow His ways. Wouldn't it be great to live in a nation that had so aligned itself with the purposes of God that we could live without fear because God had determined to fight on our behalf?

Father, we turn from fear and turn to You. We indeed have enemies as a nation who seek our destruction. We have attempted to stand against them in our own strength, all the while rejecting Your lordship over us. Forgive us, Lord. Heal our land. Help us to turn back to You, so that You Yourself will fight for us.