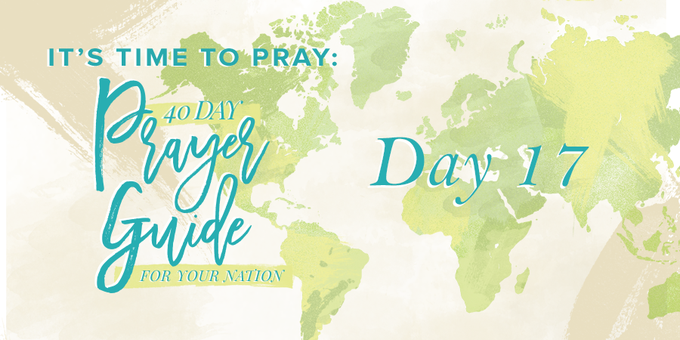 "The wrath of God is being revealed from heaven against all the godlessness and wickedness of men who suppress the truth by their wickedness." ~Romans 1:18

In the last fifty years, we have seen a serious attempt at suppressing truth in the United States. an artificial wall of separation between church and state has been built with the intent of removing God completely from the public square. And this is just one of the ways that truth is suppressed. Because of this, according to the Word of God, the wrath of God is being revealed.

There are a number of ways we can pray over such situations. First, we ask that the wrath of God bring about its purpose of leading people to repentance. We should ask that our sufferings not be wasted, but be brought to their redemptive purposes. Second, we ask that God's truth be restored to public consciousness and acceptance. We begin to pray for a restoration of God's Word into public life in America, not in any sort of theocratic way, but so there be no divorce between the spiritual and the secular.

Father, I tremble as I read Your Word today. I fear for my nation as I see godlessness and wickedness on the rise and the increased suppression of truth. I pray for mercy in the midst of Your wrath. Pour out a spirit of repentance upon the ungodly. Turn their hearts to You. As Your church sees Your wrath poured out, I pray that we will be those who tremble at Your Word and draw near to You in intimacy. Give us boldness to stand for truth and not to shrink back.