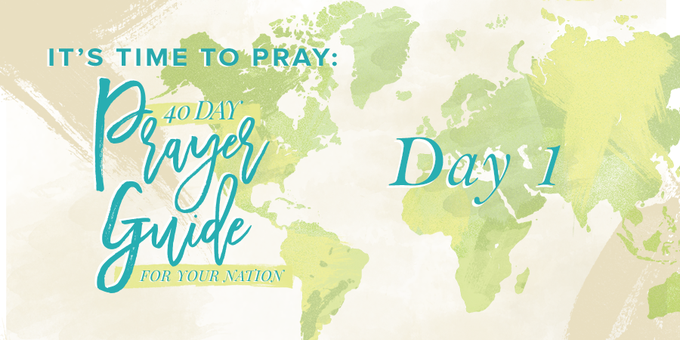 "The fear of the Lord is the beginning of knowledge, but fools despise wisdom and discipline." ~Proverbs 1:7

This well-known passage of Scripture is typically used for individuals, and rightly so. The principle, however, can be applied to a whole nation. If a nation is characterized by the fear of the Lord in its dealings, both internally and internationally, it will be a nation known for wisdom and not foolishness.

A wise nation takes into account the Word of God as it makes laws. Even a cursory reading of the history of the founding of the United States demonstrates that our Founding Fathers seriously endeavored to base our nation's laws on their strong Judeo-Christian beliefs. Secularists today often counter that many of those men were, in fact, deists, and not strong Christians. Their own beliefs aside, our Founders, almost to a man, insisted that laws were based on divine revelation and not on human wisdom alone. Even as strong a secularist as Thomas Jefferson said powerfully,

And can the liberties of a nation be thought secure when we have removed their only firm basis, a conviction in the minds of the people that these liberties are the gift of God? That they are not to be violated but with His wrath? Indeed I tremble for my country when I reflect that God is just: that His justice cannot sleep for ever. (Paul Leicester Ford, ed., The Writings of Thomas Jefferson, 10 vols., Notes on the State of Virginia (New York: G.P. Putnam's Sons, 1892-99), Query XVIII, 4:232).

A significant shift has taken place in American political and cultural thought over the past fifty years, replacing God's Word as the source of morality, ethics, and law, with the rule of polls and surveys. This is exactly what Proverbs warns us against. A nation that rejects the Word of God as the basis for right and wrong has become a foolish nation that despises wisdom and rejects discipline.

Father, I give You thanks for the godly foundation of my nation. Thank You for instilling the fear of the Lord into our Founders, so that our laws were based on Your Word. Imperfect though they were, the original documents of government for the United States made a real effort to reflect Your will and Your truth.

Forgive us for drifting from Your ways. We have turned from the fear of God to the fear of man. Our laws change with the shifting winds of human opinion. We have embraced foolishness and rejected Your discipline.

We confess our desperate need for Your truth once again to become the foundation for our country. Pour out a hunger for truth and righteousness on everyone from preachers to professors to presidents. Raise up a standard of righteousness across this nation that honors Your Word and exalts Your name!