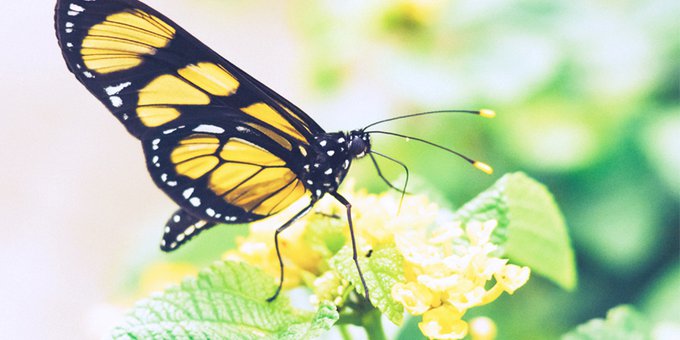 Last weekend my husband and I drove along a winding country road as the sun set over a barn that saw the roaring twenties, the swinging sixties, Y2K, 2020, and every decade in between. As neat rows of corn waved lightly in the breeze like they had every year before, the ever-morphing chaos in our culture weighed on our hearts.

“It’s hard to see how evil isn’t prevailing,” he said.

I agreed. It’s easy to despair, to believe that somehow the hearts of those so deeply embedded in sin are beyond God’s ability to dazzle with His grace. But then I hear a story like Laura Perry’s, and I remember that God’s grace is ever-dazzling, ever-powerful, ever-able to save.

If Pride Month, or simply “Pride” as it’s often now called, is the season celebrating all things LGBTQIA+, just a few short years ago, Laura would have fallen (maybe “hidden” would be a better word) under the letter “T.”

If you saw her today, you wouldn’t guess that Laura Perry lived for nearly a decade as a transgender man named “Jake.” But “transgender” is no longer the most striking “trans”-word in her story, nor is “transition,” or even “detransition.”

Laura still wakes up every morning taking shelter under the letter “t,” and this “t” only stands for one thing: transformation. Not just any transformation, but that which is found in the gospel of Jesus Christ.

Sensational though it may sound, Laura’s story is primarily a story of hope. It’s a story of tragedy, of pain, of loss, and of regret, but a bright thread of hope runs the length of every single page.

Growing up, “every time the lights were on,” Laura’s family was at church. Her mom was the church pianist, working hard to serve her family and the Lord. Mrs. Perry was busy, and though she had good intentions, Laura felt pushed aside—like her mom didn’t really want her around.

“I was very close to my dad and my brother,” Laura explains, “and I spent all my time with them. This began to create a lot of confusion as a young child. I look back now and I understand that my mother loved me very, very much, but I could not understand that at the time.”

To complicate matters further, between the birth of Laura’s older brother and herself, Mrs. Perry had miscarried two baby boys. “I think there was a lot of her that was grieving those two boys and desperately wanting those boys,” Laura remembers, “But I began to believe as a young child that Mom wished I had been one of them and not born a girl.”

Laura recognizes now that Satan takes opportunities like these to begin seducing us with lies: “When we choose to believe his lies, it’s like life gets put through this filter. So different experiences would add to this [lie] and say, ‘See? She really doesn’t love you! See? She really wishes you were a boy.’”

So began Laura’s experience with gender dysphoria, though she had never heard of such a thing at the time. She says,

I really began to take on that identity [of a boy]. I fantasized about it, and I wrote stories about it. In childhood, I had never heard the term “transgender.” I didn’t know there was anything I could do about it. This was just a fantasy world I lived in, but over the years it became more and more prominent.

When I was fourteen, I was told I had polycystic ovarian syndrome, which meant that I had cysts all over my ovaries. I was in constant pain—severe pain. I was told, on top of that, I would likely never get pregnant.

So I became very, very angry with God. I thought, Okay, if God made me this way, and He made me a girl that I don’t want to be in the first place, [a girl] that’s been rejected by my mother (because that’s how I saw it), and then I have this female system that I don’t want in the first place, that’s not working and it’s causing me nothing but pain, and now it’s not even going to allow me to have children . . . If God did this on purpose, then God is just a jerk!

Laura began to see God as distant and cruel, as a God who would sit back and laugh at her pain. She decided she wanted nothing to do with that kind of God. At fifteen years old, Laura told God she would never serve Him again and walked away from her faith.

“I went down a very dark path.”

That’s how Laura described the next several years. Partying and living a promiscuous lifestyle became the norm as Laura tried to heal herself through other people. If I can get men to love me, she thought, then I’ll feel better about myself. Of course, it didn’t. Then, in the midst of what she remembers as a horrible relationship, Laura had a revelation of sorts:

We had gone on kind of a romantic weekend. I was walking on eggshells. He was a severe alcoholic, and the whole thing had gone so bad. I remember thinking, You know, the reason that this never works out, the reason that I’m never happy in these relationships is because I was supposed to be the man! If I was the man, then I would show these men how a woman is supposed to be treated!

I was desperately wanting a man to treat me with love and respect and to truly desire me. But because I wasn’t getting that, I decided to become that. I didn’t realize that consciously at the time, but once I embraced that and decided that’s who I was going to be, it was like a switch flipped. All of a sudden, all I thought was, Yes! I was a man born in a woman’s body. And I really bought the entire lie just hook, line, and sinker.

Laura notes that her desire to become a man had nothing to do with same-sex attraction, a fact that she says not many people understand. “Not all transgenders are attracted to their same biological sex,” she says, “Actually a large percentage are attracted to their natural opposite sex, and I was as well. I really didn’t want anything to do with women at all at the time.”

She began to attend a support group for people struggling with gender dysphoria where she was nearly immediately affirmed in her new-found identity: “Within five minutes [people were saying], ‘Oh, you are definitely transgender!’” Still, she was worried she would never look like a man. What her group leader said next changed the trajectory of her life.

I’ll never forget the leader of the group (who was also trans, who had a vested interest in other people believing they were trans) said, “Don’t worry about it! In a year or so of taking hormones, no one is ever going to know you were a girl!”

That’s what I had wanted to hear all my life, because it was painful that I had been a girl, and I wanted to escape that more than anything. I actually didn’t even want to be openly transgender. I wanted to be a man, and I didn’t want a single soul on planet Earth to know that I had ever been female.

That’s what became her goal. Laura came out to her parents in a difficult conversation, but says something unexpected about that particular night:

The time that I actually felt most loved by them was the night I came out to them. And it ended up in a lot of tears and me blowing up and screaming. The reality was, I knew that they loved me too much to give in to my demands.

They were sobbing and begging and crying. They said, “We will get you help. We’ll do anything! Please, let us help you. Let us get you some counseling.” And I didn’t want anything to do with it. I remember thinking, I wish they didn’t love me so much, because I just want to go do what I want to do!

“Living a dual life” is how Laura describes the next few years. She maintained a relationship with her parents who refused to affirm her male identity, but everybody else in her life believed that she was “Jake.” Laura changed her physical appearance, her friends, her job, and anything else she could to escape the life of “Laura,” until only her parents and her romantic partner had any idea of her true story. But hope was always in the next step of the transition—the next hormone therapy, a legal name change, the next surgery.

Then, another turning point:

In 2009, we went to San Francisco, and I had an outpatient double mastectomy. I’ll never forget that what seemed like the pinnacle of my life—this moment that I had longed for, to affirm me as a man—really was a bit of a turning point.

I look back now, and I know that people were praying for me, because it was like everything that I was doing to go further into this lifestyle, the Lord was using to draw me back.

Just a few days before her surgery, Laura’s aunt sent her an email saying, “Laura, please don’t do this. You are such a beautiful girl! You’re being deceived by the devil: please run away from this!” She knew she was risking their relationship, but Laura’s aunt could not avoid her conviction to send this note. Laura says,

I was so angry with her I didn’t talk to her for about three years, but I can tell you that it had a profound effect on my life. As I was laying there on the operating table, and I was looking down at these purple dotted cut lines all over my chest where the doctor was about to cut me open, I thought, What if she’s right? What if I really am in the hands of Satan? What if I wake up in hell?

And I began to cry a little bit, not visible tears, but inside I was very terrified. For the first time in years I began to pray. It was the first time I had acknowledged God in a long time. I said, “God, I know this is not your will, but I have to do this. This is who I am. Please, spare my life.”

On that cold operating table, on what could have been one of the darkest days of her life, Laura’s story is bookmarked with a thread of hope. Though Laura’s family might have been tempted to believe that this next step of her transition meant all hope was lost, her true transformation was about to begin.

Come back next week to watch the rest of Laura’s story unfold and see the power of God unleashed in the life of this remarkable woman.

Note: Laura Perry’s story has been adapted from Revive Our Hearts podcast episode "Healed and Delivered by God's Word". Listen to the whole series here or find Revive Our Hearts wherever you get your podcasts.