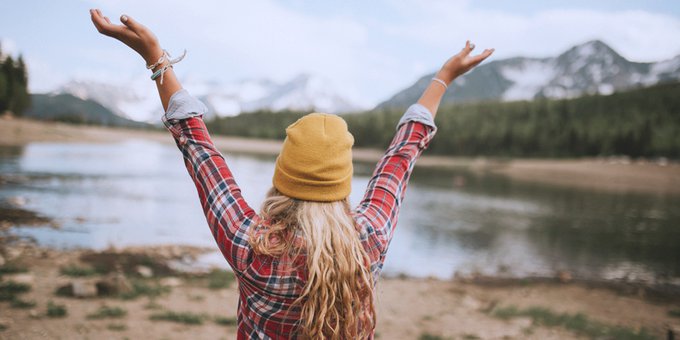 The Horn That Frees Us from Fear

“The great beasts clash horns, each trying to assert his dominance over the other.” I imagine hearing this read by an English or Australian voiceover actor, while watching a video of two mountain goats or rams locked in a battle for supremacy. However, it could just as easily summarize the action in one of Daniel’s visions. In chapter 8, the prophet sees a mighty ram with two horns trampled by a fierce goat with one big horn. That single horn then breaks off and is replaced by four smaller horns. Out of one of those horns rises up a little (but troublesome) horn. One dream, seven horns. Similarly, in Revelation the apostle John sees a beast with ten horns rise up out of the sea and proceed to dominate the world (Rev. 13).

What is up with the horns?

Each of these horns represents a person of power: the kings of Media and Persia, Alexander the Great, Antiochus Epiphanes, the Antichrist. Throughout history, many such “horns” have risen, each of whom flexed their military or political muscles to assert dominance and rise to power. In recent days as the Taliban has reclaimed authority in Afghanistan, I can’t help but think that another horn is on the rise. What will this one do? How many lives will he claim? How much blood will be on his hands?

But Scripture tells of another horn as well.

We read of it in the Old Testament:

The LORD is my rock and my fortress and my deliverer, my God, my rock, in whom I take refuge, my shield, and the horn of my salvation, my stronghold. (Psalm 18:2 ESV)

He has raised up a horn for his people, praise for all his saints, for the people of Israel who are near to him. Praise the LORD! (Psalm 148:14 ESV)

And in the New Testament:

"Blessed be the Lord God of Israel, for he has visited and redeemed his people and has raised up a horn of salvation for us in the house of his servant David." (Luke 1:68–69 ESV)

When Christ calls Himself the “Good Shepherd” (John 10:11), “the Vine” (John 15:1), or the “Bread of Life” (John 6:35), we understand the metaphor with relative ease. We learn of His protection and nurture, His life-giving power, and His sufficiency. However, when Zechariah calls Him the “horn of our salvation,” the image is less clear to our modern ears.

While we may dread the arrival of the next human “horn,” this Christmas we rejoice in the birth of true and perfect Horn and what he accomplished for us.

The True and Perfect King

Zechariah, prophesying the imminent arrival of the Messiah (literally just weeks away), says that the horn comes from “the house of [God’s] servant David” (Luke 1:69). Zechariah is not just referencing an obscure historical figure. He’s foretelling the fact that the Horn that God will raise up will be the true Davidic king.

To make sense of this, we need to backtrack to 2 Samuel 7. God has just told David that he will not build the Temple, but his son will; He then proceeds to give David one of the most significant promises in all of Scripture:

Much of this prophecy refers to Solomon in the immediate future, but the ultimate and perfect fulfillment would come in another King. In Luke 1, Zechariah tells us that the Horn—the power—of our salvation is this King. He is the rightful ruler. Many other “horns” gain their throne through intrigue, assassination, terrorism, or revolt. But not this one. He need not usurp anyone’s power. The power rightfully belongs to Him, the King of kings and Horn of horns. No matter their power or pedigree, all other horns will bow to Him (Phil. 2:9–11).

The Great Redeemer and Rescuer

The Horn of our Salvation is the true and rightful King, but He’s also our great Redeemer and Rescuer. Zechariah says that the Horn has “visited and provided redemption for His people” and “rescued us from the hands of our enemies” (Luke 1:68, 74). Unlike the other “horns” in Scripture, the true and great Horn does not pillage His people. He delivers them from the hands of their enemies. Though we served the great enemy and were loyal to his cause, our Deliverer led us out of bondage and into the kingdom of light (Col. 1:13; 1 Peter 2:9).

Most dictators require great sacrifice from their people, whether in blood or money; yet, our great King sacrificed Himself on our behalf. Despots rule from the safety of their palace or bunker to ensure their own safety. The Horn of our Salvation left the glories of heaven for the slum of earth to redeem a people of His own—a people who would one day hang Him on a cross to die, naked and alone. He never gave up His power or discarded it, but He chose not to engage it in order to extricate us from the jaws of sin.

The high priest Zechariah also highlights that the Messiah, came in perfect fulfillment of God’s steadfast, covenant love (Luke 1:72–73). This love had persisted a long time. It rescued Jacob’s family from the famine, delivered the nation of Israel from Egypt, gave them the Promised Land, endured their unfaithfulness and raised up judge after judge to deliver them from their oppressors, put up with their chronic unfaithfulness, and, even in the chastening of exile, gave them hope by leaving a remnant—His chosen people remained. The line was not cut off.

But God had been silent for four centuries. Where was He now? Had His hesed—His covenant love—finally come to an end?

Zechariah says "no." Yahweh has remembered every promise, and this Horn is be the “yes and Amen” to each of them (2 Cor. 1:20). The steadfast, faithful, covenant love of the Great I AM, has not failed. And it never will.

For most “horns,” fear is their greatest weapon. They fill their armies and their coffers through terror, leveraging their power in order to keep their people in submission. No one loves them (unless they’re deceived), but they serve them anyway because they dread the consequences of defection.

We don’t cower before the great and true Horn, afraid that He will arbitrarily call out, “Off with her head!” like the Queen of Hearts in Wonderland. If we’re wise, we’ll fear Him with a holy terror, not because of His caprice, but because of His holiness and our utter depravity. In Romans 8, Paul tells us that those who have embraced this King “did not receive a spirit of slavery to fall back into fear,” but have become sons (v. 15). The fear of our King leads to worship, not enslavement.

The Horn of Our Salvation likewise frees us from fear of all other horns. With every new headline, we have another reason to fear the future. If it’s not a hurricane, it’s a tornado; if it’s not a terrorist plot, it’s a loved one fighting for their life against a virulent disease. Take courage, my friend. God “has raised up a horn of salvation for us.”

He is not just a Babe in the Manger, but the true King, the great Redeemer, and the true fulfillment of God’s covenant love.

Let us serve Him without fear.