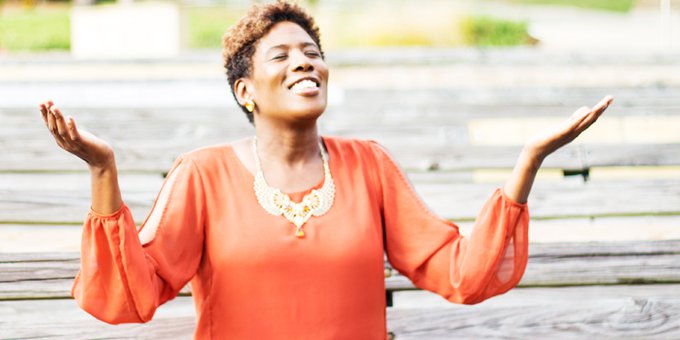 Are You a Worshiper or a Whiner?

At this point, the nation of Israel has been in the wilderness for all of about ten minutes. They haven’t been to Sinai yet, nor have they been told that their entire generation would die out before entering the Promised Land because of faithless disobedience. Nope. They’re fresh out of slavery, with sand from the bottom of the Red Sea probably still stuck in their sandals. Yet, in chapter 17, though they’ve just seen two of the most seminal acts of God’s power in all of the Old Testament—two events that the nation was to remember forever (Passover and the parting of the Red Sea)—they fail to worship God.

Instead, they whine because they’re thirsty.

Making their way to Canaan, Israel sets up camp in Rephidim; but they can find no water. Rather than trust the God who turned the heart of Pharoah, parted the Red Sea, made bitter water sweet, and caused bread to fall from the sky, they quarrel with Moses. Their complaining is so intense that Moses is nervous that things might get violent (v. 4). Worse than that, they’re testing God (vv. 2, 7).

You probably know the end of the story. God provides water when Moses hits a stone with his staff. This place receives two names: Meribah (“test”) and Massah (“quarrel”) to commemorate the hard hearts of the Israelites.

Now fast-forward to Psalm 95, an unsigned psalm, probably written during the kingdom era. The psalm begins the way many do, with a call to worship:

Come, let’s shout joyfully to the LORD,
shout triumphantly to the rock of our salvation!
Let’s enter his presence with thanksgiving;
let’s shout triumphantly to him in song.
For the LORD is a great God,
a great King above all gods.
The depths of the earth are in his hand,
and the mountain peaks are his.
The sea is his; he made it.
His hands formed the dry land.
Come, let’s worship and bow down;
let’s kneel before the LORD our Maker.
For he is our God,
and we are the people of his pasture,
the sheep under his care. (vv. 1–7)

In the middle of verse 7, the poet makes a sharp turn, offering a stern warning to the reader:

Today, if you hear his voice:
Do not harden your hearts as at Meribah,
as on that day at Massah in the wilderness
where your fathers tested me;
they tried me, though they had seen what I did.
For forty years I was disgusted with that generation;
I said, “They are a people whose hearts go astray;
they do not know my ways.”
So I swore in my anger,
“They will not enter my rest.” (Psalm 95:5, 7–11)

The writer seems to be saying that worshiping and whining cannot coexist. The scary thing is that the quarrelsome Israelites who wanted some water to fill their canteens probably would have identified themselves as worshipers who whined on occasion.

But the rest of Scripture doesn’t remember it that way.

The author of Hebrews also alludes to the Israelites’ story as he quotes Psalm 95 several times in chapters 3–4. He repeats the psalmist’s warning against having hard hearts. However, the consequence of hardness, he says, is not just falling short of the earthly Promised Land, but failing to enter the ultimate rest, found in Christ (Heb. 4:1–11).

A grumbling, contentious heart puts you on dangerous ground.

Not every complaint about how hot the summer has been is going to ban a person from heaven (at least I hope not!). I shouldn’t whine about the weather, but it’s not the unforgivable sin, either. After all, who among us hasn’t gotten a little cranky when dealing with extreme heat, hunger, and thirst? When we consider our own hearts, we can hardly cast a stone at the Israelites. However, Psalm 95 and Hebrews 3–4 make it clear that we can’t take a quarrelsome heart lightly. It’s tempting, then, for me to write “7 Ways You Can Know If Your Whining Has Gone Too Far.”

But as with many heart problems, the answer lies not in navel-gazing and demarcating exactly where the line is that I may not cross; it lies in lifting my eyes heavenward and beholding my God. To do that, let’s look closer at the first half of Psalm 95.

Rejoice in the Presence of the King

The psalmist begins with an invitation to sing for joy and shout joyfully to the rock of our salvation. We do this because it shows God’s greatness and His sovereignty above all gods (v. 3). Not even the prince of the power of the air (Eph. 2:2), whose throne is on earth (Rev. 2:13) could stop the saving work of our God. Just as He would not be thwarted by the hardness of Pharoah’s heart, intimidated by the onslaught of Pharaoh’s chariots, or stumped by a spring of bitter water, so He cannot be daunted by a single flaming arrow the enemy launches in our direction.

Reminding his audience of the breadth of God’s dominion is the psalmist’s next task. From the depths of the deepest known trench in the sea—over six miles down—to the height of Mt. Everest’s highest point—over five miles in the air—and over everything in between (and beyond!), God is king. Dutch theologian Abraham Kuyper put it this way: “There is not a square inch in the whole domain of our human existence over which Christ, who is Sovereign over all, does not cry, Mine!”

To grumble against or contend with this King demonstrates a hubris on our parts comparable only to Satan, who thought that he could do a better job than the one true God. Let’s rejoice in the presence of the King, not bellyache.

Humble Yourself Before Your Creator

While the first stanza calls for joyful shouts and loud praise to the King of Kings, the second call to worship demands humility: “Let us kneel before the LORD, our Maker, for He is our God.” The psalm reminds us that entering the presence of God is no small thing. Because we do it in a spiritual, rather than physical sense, we often forget the weighty privilege we enjoy. Scripture gives a few accounts of what it’s like to be in God’s presence.

Though we likely won’t experience a shining face, our hearts ought to capture that wonder and be moved to humility. How easy and foolish it is for prayer to become more about me than about God!

Imagine if cell phones had been around in 1969 when Neil Armstrong landed on the moon. How silly would it have been for him to send back a selfie to earth? The mission wasn’t about Armstrong, Aldrin, or Collins. It was about something much bigger. For Armstrong to have made himself the center of the moment would have been a travesty of galactic proportions.

I do the same thing when I come boldly before my Maker and quarrel with Him.

Rest in the Hand of Your Shepherd

The first six verses of Psalm 95 remind us of God’s transcendence. He is King above all kings, God above all gods, the Creator. The seas and the mountains are in His hand. He is great, awesome, and worthy of our worship. However, before issuing the warning about hard hearts, the poet reminds us of God’s immanence, His nearness. “We are the people of His pasture and the sheep of His hand.”

You and I, my friend, though we turn astray and wander in our own wooly-headed direction (Isa. 53:6), are still God’s sheep. We whine and complain and steal the spotlight, but He still holds us in the palm of His hand.

Perhaps Jesus had this psalm in mind when, in the context of calling Himself the Good Shepherd, He gave us this sweet promise:

“My sheep hear my voice, I know them, and they follow me. I give them eternal life, and they will never perish. No one will snatch them out of my hand. My Father, who has given them to me, is greater than all. No one is able to snatch them out of the Father's hand.” (John 10:27–29)

We wayward sheep can rest and rejoice in the hand of our tender shepherd.

Our Shepherd gave His life for His sheep (John 10:14–18). He sacrificed Himself for every murmur, complaint, harangue, and quarrel we bring before Him. And He will forgive (1 John 1:9). However, let’s not forget the warning of Psalm 95:7–11. A heart that’s prone to contending with God rather than worshiping is on dangerous ground.

So, what will you be—worshiper or whiner?

Previous Post The Armor of God: Covered by His Righteousness
Next Post 3 Steps to Creating an Effective Christian Message: Prep Talk
Store Donate Now My Account
Stay Informed via Email