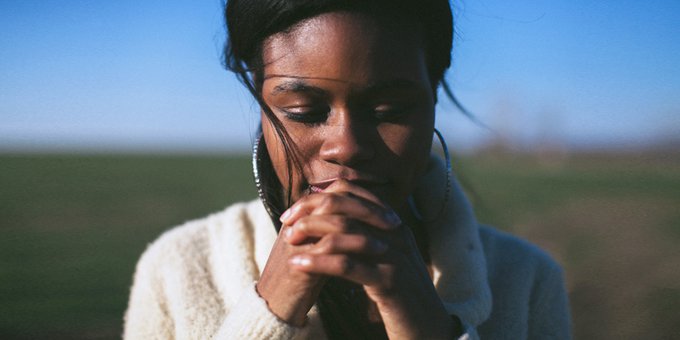 10 Lessons on Prayer from the Life of Daniel

We know him from his brave moments standing up for Yahweh in a foreign land. He refused to eat the king’s meat; he interpreted the mysterious handwriting on the wall; and he survived a night in a den of hungry lions. While we can learn much from these events (they’re recorded in Scripture for a reason, after all), looking at the life of Daniel can teach us many other things as well, particularly about prayer.

The book of Daniel covers roughly the seventy years that Judah (the southern kingdom of Israel) was exiled in Babylon. Nebuchadnezzar captured Daniel and his buddies Hananiah, Mishael, and Azariah when they were very young men (probably mid-teens); and we see glimpses of Daniel working in the palace until he’s well over eighty years old. A consistent piece of his life is prayer. He prays as a teenager when faced with an impossible task given by King Nebuchadnezzar; he prays as an octogenarian hated by his jealous underlings in Daniel 6. And no doubt he prayed throughout the decades in between. Prayer doesn’t become a habit just because a person’s hair has turned gray. As an exile living away from his family, synagogue, and teachers, Daniel teaches us that in every stage of life, we must be people of prayer.

The impossible task I mentioned earlier was to not only interpret one of King Nebuchadnezzar’s dreams, but also to tell him what the dream was. As a rookie in the group, Daniel was not in the first wave of wisemen called to help the king with this problem. When the veteran dream interpreters failed, Nebuchadnezzar demanded that all the wisemen be executed. When young Daniel got this news, he acted in faith, telling the king he would have the answer for him soon. Then he gathered his friends together to pray. Together, they sought the mercy of God and asked Him to miraculously spare their lives (2:17–19).

Prayer is often a solo activity (as we’ll see shortly). However, sometimes we need to storm the throne room of heaven en masse, bringing our requests to the Father.

Looking for a way to oust the old man, Daniel’s envious colleagues knew that they wouldn’t be able to get any dirt on him unless it was in regard to his God. Thus, they convinced King Darius to make a law prohibiting all prayer, except to the king. Daniel, as they knew he would, ignored this and “got down on his knees three times a day and prayed and gave thanks to his God, as he had done previously” (6:10).

Not only does Daniel show his courage, but he demonstrates that he made it his practice to pray by himself. While Scripture makes it clear that the church ought to come together to pray, it also resounds with the notion that we must be individuals of prayer. Jesus modeled this as He went off by Himself to pray (Matt. 14:23); and He taught it in His most famous sermon:

People of prayer mostly do their work on their own.

Daniel reads that the captivity in Babylon is nearing the end (Jer. 25:8–11; Dan. 9:1) and is moved to prayer. He laments Israel’s sin that landed them in exile, but he doesn’t see himself as outside of that sin: “To you, O Lord, belongs righteousness, but to us open shame” (v. 7, emphasis added).

Though we see Daniel as a pretty righteous man (not sinlessly perfect, of course, but the Bible doesn’t tell us anything negative about the guy!), he doesn’t seem to view himself that way. It’s easy to pray for our nation and remove ourselves from the evil and moral failure all around us. Daniel didn’t do that. His prayer exudes humility at every turn: “For we do not present our pleas before you because of our righteousness, but because of your great mercy” (9:18).

Daniel’s prayer in chapter 9 begins with his meditation on the Word of God. Spending time in Jeremiah’s prophecy spurs Daniel to beseech God to keep His promise and to deliver His people from their exile.

Prayer could be defined as a person speaking to God. The Bible could be defined as God speaking to His people. It makes sense, then, that the two ought to go together, like a conversation. Use the Word to motivate repentance, intercession, or supplication. You don’t have to wonder if you’re praying the will of God when you’re praying Scripture. In fact, prayer fueled by God’s Word is particularly efficacious: "If you abide in Me, and My words abide in you, ask whatever you wish, and it will be done for you” (John 15:7).

6. Prayer Is More Important than Your Life (Dan. 6)

Daniel literally risked his life to pray. It was that important to him. He knew full well that he would end up with the lions and that God could save him; but like his friends before him, even if God didn’t spare him, he wasn’t going to stop praying (see 3:18).

We make sacrifices for a lot of things, giving up our time, money, and energy for workouts, vacations, and new toys. But, what would you be willing to give up to pray? For Daniel, the answer was quite literally, “Whatever it takes.

Read either of the recorded prayers of Daniel, and right away you’ll find out what he thought about God. His theology is all over his prayers. But that’s not true just for prophets or theologians. Every prayer is a demonstration of what the pray-er thinks about God.

What do your prayers reveal about what you think about God?

The answer to Daniel’s prayer is sent while Daniel is still on his knees (9:20). We learn here that we don’t pray to a God who has a long to-do list and will get around to our problem when He finally gets a spare minute. The God of Daniel (and the Bible!) can hear the prayer of every soul on the planet at the same time and act on each simultaneously—all while holding the stars and planets in their place. There’s no lag time between when my prayer leaves my lips and when God begins to answer. Of course, He often answers by telling us to wait. This is not evidence that He didn’t hear or can’t act. Rather, it proves His wisdom and providence. He knows when and how to answer because His plans are cosmic; ours are miniscule.

God answers Daniel’s prayer in chapter 9 by sending the angel Gabriel with a message. That message, it turns out, is one of the most difficult passages in the entire book to interpret. The Vision of the 70 Weeks, as it’s known, looks forward at what God is going to do in returning His people from exile—and way beyond. Study the prophecy very much, and your head will probably start spinning. If nothing else, we learn from this complex passage that God’s answers to our prayers are often much bigger and more intricate than we could ever fathom. We may not see how He’s working to answer in our situation, but we can rest assured that He is acting, likely on a much grander scale than we’d ever considered.

In praying for the end of exile, Daniel demonstrates that he believes that God will be good to His Word. He’s done the math and knows that a return to the Glorious Land is imminent. While many of us would be happy just to hear this news, Daniel is moved to prayer and demonstrates his faith not by letting go, but by pouring out supplications to the Father. He undoubtedly believed that God would keep His promise; and rather than that faith letting him off the hook, it actually motivated him to pray.

Much more could be said about the idea of faith and prayer and waiting and acting. Daniel doesn’t give us all there is to know about any one of these lessons. However, he does teach us that sometimes the most faith-filled thing you can do is pray God’s promises back to Him.

Like Daniel, we each live as exiles, refugees looking forward to our true home. While we wait for that glorious land, may we become people of prayer like the faithful prophet.